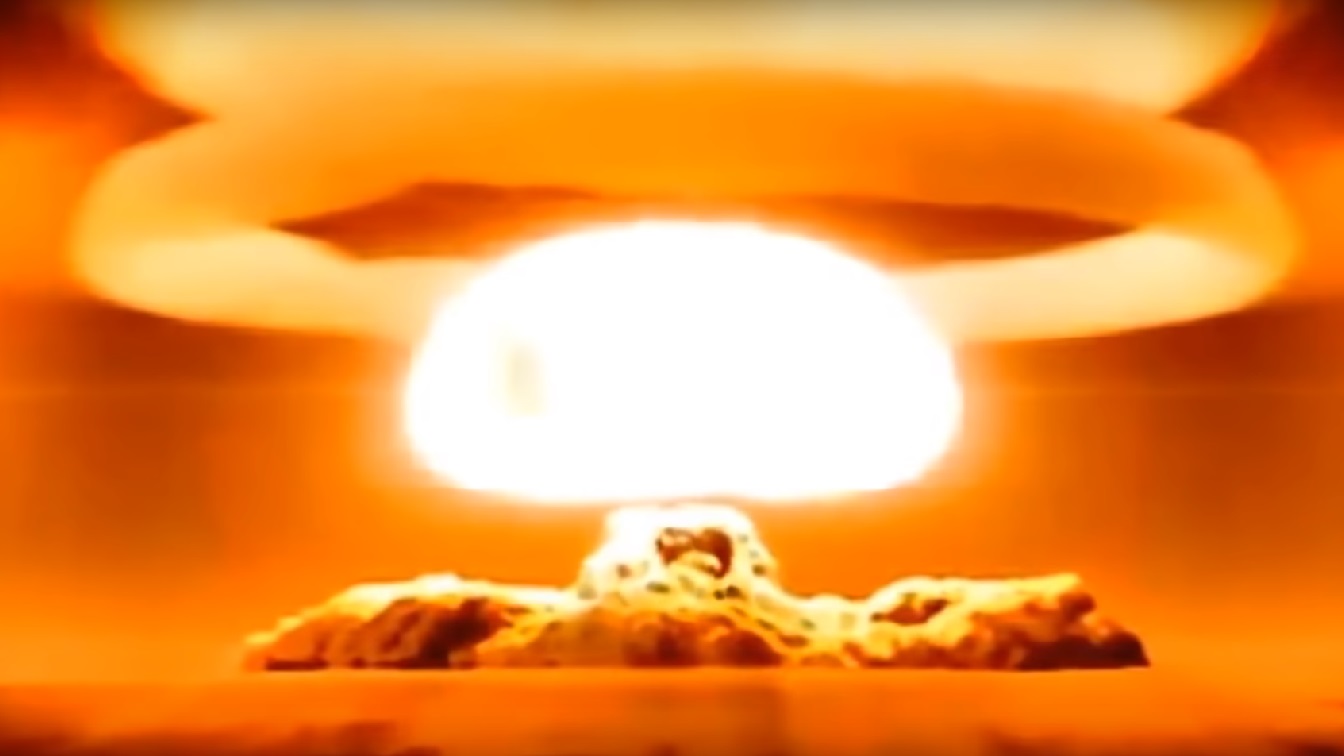 What is the red line or last straw that would make Vladimir Putin choose the nuclear option in Ukraine?

It was originally thought that Ukrainian attacks within Russian borders would push the Kremlin to the precipice of nuclear war, but a “code red” condition is already happening. On December 7 drones from Volodymyr Zelenskyy’s forces attacked a Russian air base.

Two other Russian airfields were struck the day before. These operations happened hundreds of miles inside Russia.

Does this mean Putin will answer with weapons of mass destruction?

Russia Could Not Have Foreseen Attacks on His Own Bases

Putin must be furious that Ukraine is taking the fight deep into Russia.

Ukraine is becoming bolder with its attacks and the United States had previously warned Kyiv to not hit Russian territory, fearing a dangerous escalation in the war that is approaching its one-year anniversary. Zelenskyy has decided to put more pressure on Moscow to capitulate and sue for peace by hitting Russian assets within its borders.

Russian air defenses appear to be weak on their home turf. The attack on the 7th destroyed an oil facility in the city of Kursk north of Ukraine. On the 6th, Ukraine hit the Engels-2 base in the Saratov oblast and the Dyagilevo base in Ryazan, which is only a few hours by vehicle from Moscow.

Putin may even consider these attacks as transgressions against the Russian nuclear triad as the bases house bombers that have nuclear missile capability. This would seem a significant black eye for Putin as he considers ways to respond beyond the usual bombing of Ukrainian critical infrastructure to make Ukrainian civilians suffer from a lack of power and clear water.

Attacks Send a Stinging Message to the Kremlin

The Russian defense ministry said the damage from the drone strikes was not that serious. But it shows that Ukraine has the wherewithal to engage in deep attacks within Russia. They will likely try this again to test Russian resolve. The drone strikes are also embarrassing for Russia since it appears Putin’s military cannot protect its military assets.

Ukraine has not released information on the types of drones that were used and where they flew from. It is even plausible that Ukrainian special operations forces snuck unmanned craft inside Russian borders to strike deeper. In terms of its own air defense failures, Russia may have sent S-300 surface-to-air missile systems for re-deployment in Ukraine that normally would have protected Russian air bases.

Strikes on Russian Cities Could Be Next

What if Ukraine also tried to go beyond military installations and attacked Russian cities? This would be another red line for Putin. But it is not likely as Zelenskyy would lose the moral high ground in the international community if he tried civilian attacks.

19FortyFive has examined the potential for Putin to go nuclear in other previous articles. The United States has warned Russia that there would be severe consequences for Russia if it chose to use a battlefield low-yield nuclear weapon in Ukraine. So far Russia has heeded those warnings.

Another Reason Russia Will Have Lower Morale

But Ukrainian hits on Russian air bases must sting and have a psychological effect that the homeland is not secure. Ukraine has momentum and is not afraid of continually pushing Putin to the edge. Russia has also warned the West it could use a “dirty bomb” and release radioactivity among Ukrainian forces.

The Biggest Redline Would Be NATO Involvement

Another red line would be a NATO attack on Russia. This is probably the most likely circumstance that would send Putin over the edge to respond with weapons of mass destruction. Russia could resist the nuclear option for fear of losing the support of its few allies such as China and countries such as India that buy Russian energy. Clearly, Putin could instead choose to conventionally bomb Lviv or even Odesa without using nuclear weapons. Another reason that Russia would opt against nuclear Armageddon is that the fallout could endanger its own troops, especially new conscripts who do not have nuclear, biological, and chemical protective suits or gear.

There is no way that Putin and his generals could have planned for how poorly the war is going. Ukraine attacking its air bases inside Russian borders is an unbelievable development for the Kremlin. Putin may choose to refrain from using nuclear weapons as a result, but Russia is likely to continue attacking different cities to punish civilians in a conventional manner.

To answer, Ukraine can keep using its drones for deep strikes within Russian territory.

In this article:Nuclear War, Putin, Russia, Ukraine, War in Ukraine