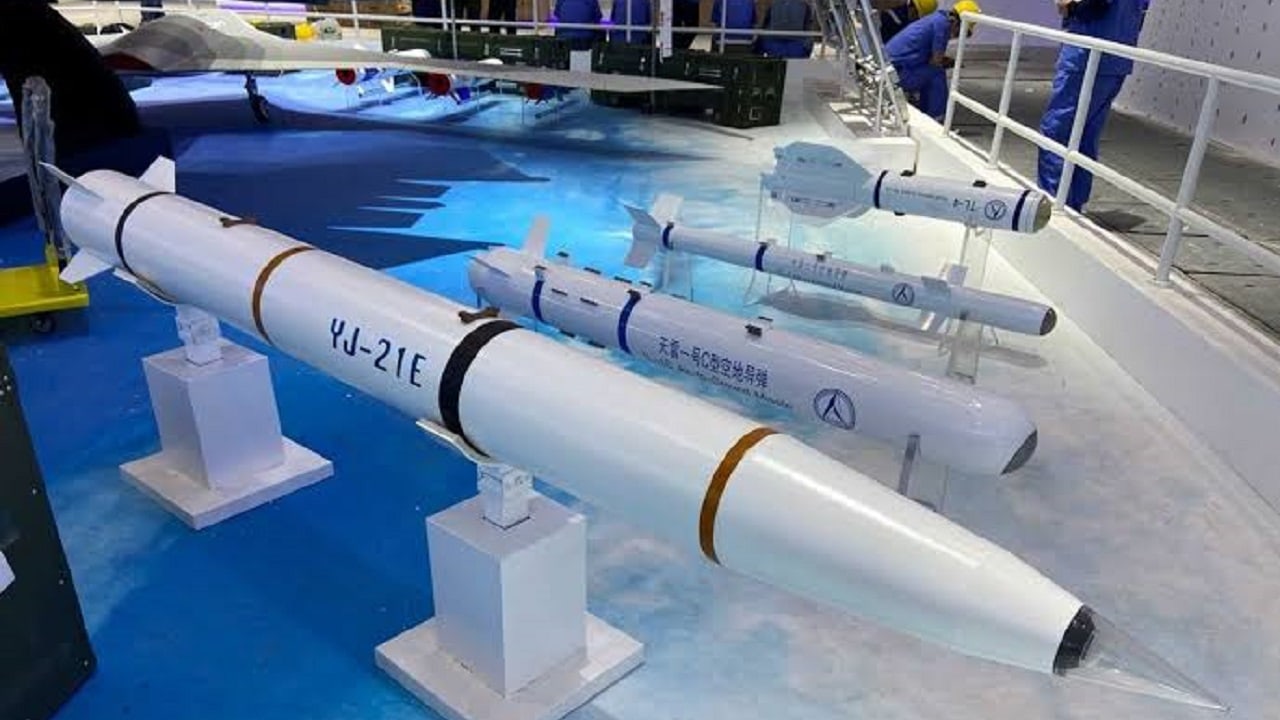 China’s military showed its vaunted YJ-21 Eagle Strike hypersonic anti-ship missile at an air show during the week of Nov. 7. This is the first known public display of the YJ-21, which is reputed to be a carrier killer.

The missile can be deployed on Chinese cruisers and aircraft carriers, and its introduction marks a big step in China’s effort to tilt the balance of naval power in its favor.

The YJ-21 has a terminal speed of Mach-10. Its maximum range is believed to be 932 miles, which makes it a danger to the U.S. Navy. At these speeds the YJ-21 could pose problems for the Aegis Combat System that protects American carriers and their escort ships.

Aegis is an advanced combat battle management system consisting of radars and interceptor missiles, but it may have difficulty against the ultra-fast YJ-21.

The PLAN’s Type 055 is one of the jewels of the fleet. The 13,000-ton Type 055 is larger than a U.S. Navy Aegis-equipped cruiser such as the Ticonderoga-class. There are eight of the Renhai-class warships, with two more currently under construction in Dalian, and the YJ-21 will make these cruisers much more deadly.

With the carrier killer, the Renhai-class will be one of the most lethal ships in China’s navy. The PLAN can also deploy their own carrier strike groups, which would include the Type 055, and move them to protect territorial claims in the South and East China Seas. Meanwhile, the Taiwan Strait would be a hunting ground for the Type 055.

Carrier Killers Like YJ-21 Will Feature in Potential Combat

China is going all-in on carrier-killing missiles. They are attempting to deny U.S. carriers the ability to sail in certain waters and may force a battle group to remain out of range of China’s missiles.

This could change the way the United States approaches a naval battle in the Indo-Pacific.

The Americans would have to depend on the Air Force on Day One to use its bombers and stand-off missiles such as the JASSM to destroy land- and sea-based carrier-killing missiles. U.S. carrier groups could come into the picture later in the battle, instead of moving at the opening of conflict.

The YJ-21 will have to undergo more tests before it is fully operational, but the PLAN is so confident in the missile that it showed it off at the Zhuhai Air Show. The idea behind that air show was to send the message that the Chinese are not afraid to show their cards and that they believe they can play a winning hand against the Americans.

China Will Bide Its Time

The YJ-21 may not yet have the ability to hit a moving target, but the PLAN has shown it has the patience and determination needed to develop its carrier killers into formidable weapons. It is not clear whether the YJ-21 can be maneuvered in flight.

This characteristic would make the U.S. Navy sweat even more.

The Americans will have to come up with a plan for carrier-killing missiles that could include layered defenses with anti-missile lasers. They have more combat experience than the Chinese, so a potential conflict will come down to individual American sailors doing their jobs better, faster, and more efficiently than their Chinese counterparts.

Naval strategists and battle planners have their work cut out for them. The U.S. Air Force may have to take on a larger role, while the Navy bides its time until the carrier killers are neutralized. The Type 055 missile carriers are a concern, along with anti-ship missiles.

The PLAN is becoming more adept by the day. All the U.S. Navy can do is sound the alarm and hope that its crews do a better job than the Chinese when operating equipment that can shoot down incoming anti-ship missiles.