Why Raphael Warnock Should Be Reelected: Nearly 40 years in the U.S. Marine Corps will teach you, often in the most painful way possible, that national security is fundamentally a serious business.

Sure, those committed to protecting the United States and its interests have fun every now and then – just ask a sailor on shore leave – but national security decisions are ultimately life and death decisions. Such decisions should only be made by serious people, who have done serious thinking about them. A Senate vote on whether the men and women I used to command go to war should not be cast by a naïf or as a matter of “infotainment.”

Which brings me to the Senate runoff in Georgia. I understand the conservative viewpoint. I understand when Republicans call for a more robust defense budget and a more combative approach with our adversaries. What I cannot countenance, however, is a politician from either party who does not treat American national security with the serious thought and somber approach it demands.

The comparison could not be clearer. National security is not Sen. Warnock’s signature issue, but he has been effective. He has the backbone to buck his party, particularly when it comes to the military and veterans. Most notably, he has worked strenuously – and hand-in-hand with Republicans – to prevent the Department of Defense from shutting down the Savannah Air Dominance Center. Alongside Republican Rep. Buddy Carter, he has put out statements, met with DoD officials, held interviews, and otherwise made clear that, if the Department wanted to shut down SADC, they’d have to fight him every step of the way.

Yet he also understands when it’s time to put down his sword and negotiate. This has been clear in his work to ensure Robins Air Force Base receives the resources it needs to reach its full potential as “the crown jewel” of military technology. While negotiations are ongoing, RAFB is anticipating a host of new civilian and military personnel, new software, and more jobs in the STEM field.

Herschel Walker, on the other hand, and in my mind, does not have the character or capacity to make the life-and-death decisions required of a national security leader.  It is not just his temper and propensity for violence that are troubling, though actions like holding a loaded weapon to his wife’s head would have gotten him court-martialed immediately. Nor is it just his inability to take responsibility as a businessman or as a father.

It is that Walker is a fundamentally unserious person, the sort that the Marine Corps would never consider for command. His take on gun laws? “What I like to do is see it and everything and stuff.” His take on the climate crisis? That we already have “enough trees” and that China is stealing “our good air.” His take on faith and public life? Something about werewolves being able to kill vampires.

These are not the comments of a serious man able to grapple with important, complex issues.

Seriousness, then, is the crux of the matter. Military personnel and veterans and anyone who has served know that. Ultimately, we must trust our leaders with our lives. And neither I nor any other veteran marine I’ve met wants our life and death decisions being made by someone who fails to seriously grapple with the immense issues and the immense stakes.

Those who serve are proud, as well we should be. We are proud of our discipline, our accomplishments, and our seriousness. We should demand the same of our leaders.

Senator Warnock is the only candidate for Senate in Georgia who passes that test.

You can agree or disagree with Raphael Warnock’s thinking on those issues, but you at least know there was thinking involved. For Walker, however, it’s unclear what point he is even trying to make.

In an era when politics no longer ends at the water’s edge, support for the troops – and, broadly speaking, keeping America safe – is the one issue where Americans still agree. That agreement is fundamental to America’s national character and to the health of American society.

I fear nothing more than American national security becoming just another circus issue, one where senators with no knowledge of essential matters get on television and bloviate or, worse yet, make critical decisions without pausing to understand the facts.

I fear an America where unserious people dictate serious matters.

About the Author: Lt. General Willie J. Williams retired from the U.S. Marine Corps in 2013 following a nearly 40-year career. 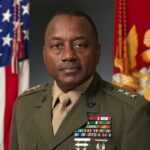