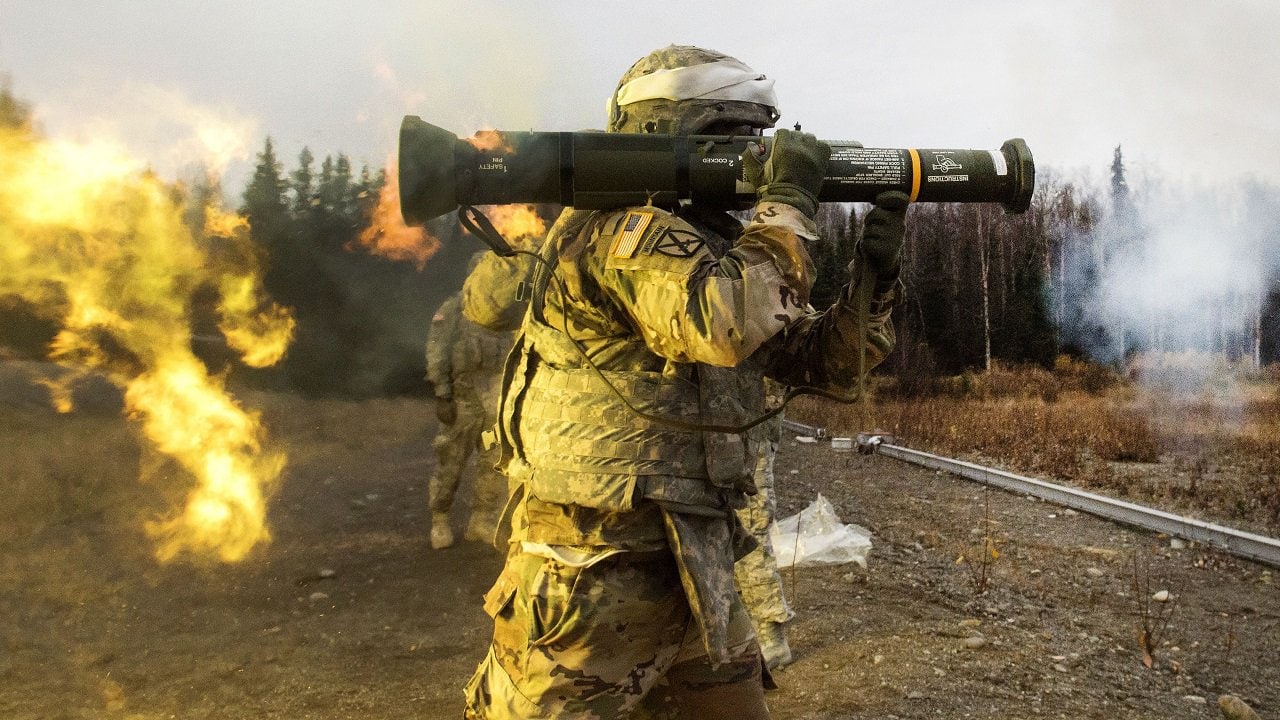 Russia’s most advanced and newest main battle tank, the T-90M Proryb-3, was seen destroyed on a road in Ukraine recently after being struck by a cheap Swedish ‘grenade launcher’ – the AT4.

The video footage of the tank, left smoldering in the road, was shared on Twitter and other social media networks.

In the clip, plumes of grey smoke can be seen billowing rom the vehicle, which is also noticeably damaged.

Ukrainian-American journalist Viktor Kovalenko shared the clip on Twitter on January 16, adding that the incident took place somewhere near Svatove, a city in Luhansk Oblast, Ukraine.

Russia Gets New Batches Of Tanks

UralVagonZavod, Russia’s biggest tank manufacturer, confirmed on January 12 that a new batch of upgraded T-90M Proryv main battle tanks had been completed and would be sent to troops on he frontline.

“Uralvagonzavod (part of UVZ Group within the state corporation Rostec) has successfully fulfilled its next contract for the delivery of T-90M Proryv tanks. The armor batch has already been sent to the Defense Ministry of Russia,” a statement from the Russian manufacturing giant reads.

The tanks are truly the best weapon that can be produced by Russia at this time, and the defeat of even one of these tanks using a cheap and disposable grenade launcher is a huge blow to Russia and the Kremlin’s hopes of launching a new offensive.

What Is the AT4 Grenade Launcher?

Technically, the AT4 is not a ‘grenade launcher’ per say.

The AT4 is a Swedish man-portable, disposable, and shoulder-fired recoilless anti-tank weapon. The weapon, manufactured by Saab Bofors Dynamics, is designed to be a cost-effective way for soldiers to target tanks without the use of more advanced equipment.

Though not technically a rocket or grenade launcher, given that the AT4’s explosive warheads are not propelled by rocket motors, the weapon is hugely popular all over the world for how effective it is.

The AT4 is one of the most popular light anti-tank weapons used by militaries all over the world.