What Will Joe Biden's Middle East Strategy Look Like?

Is America Ready For An Asian NATO?

Will Biden Learn from Barack Obama's Mistakes on China?

Why Joe Biden and Nancy Pelosi Attack the 'Special Relationship'

To Add Japan to "Five Eyes," Kick New Zealand Out

The U.S. Empire Didn’t Begin In 1945, Instead It Is Just Getting Started 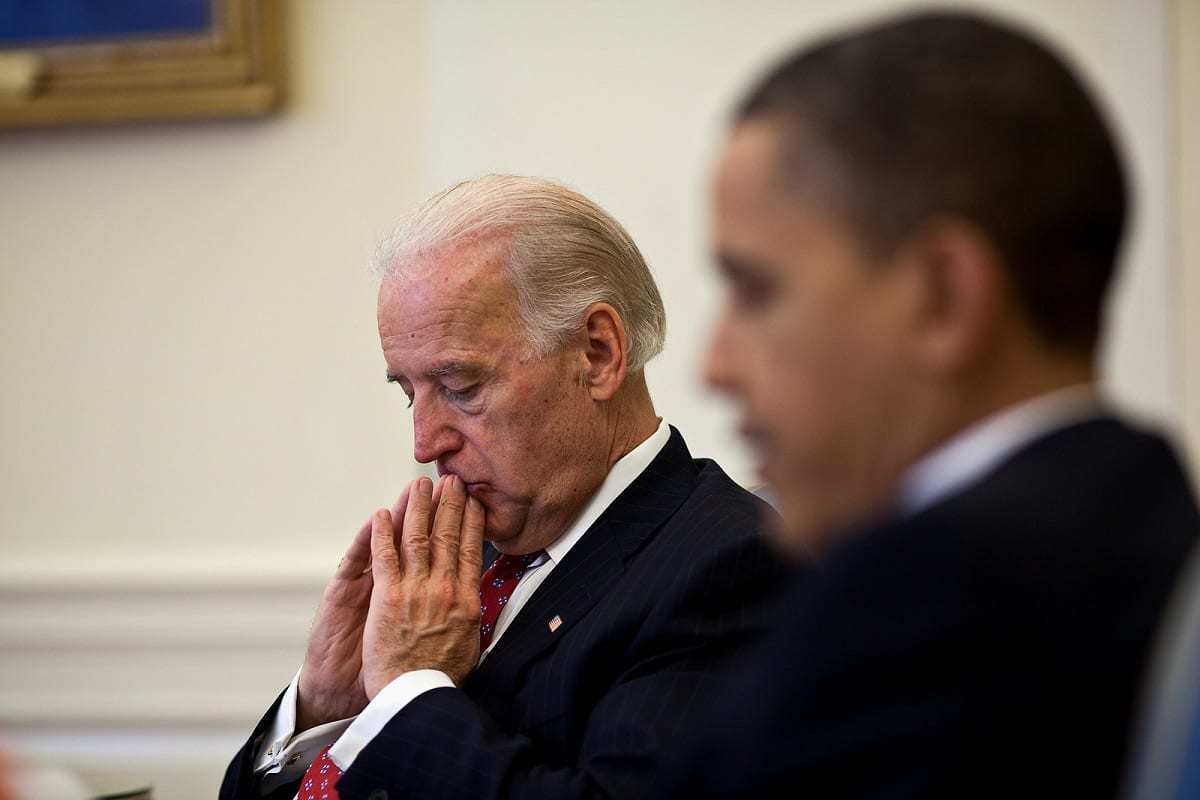 Here in Washington when a new administration is set to take over–well, in due time–we love to play the game of asking what will happen in every single corner of the world. I think it is a good exercise, for the most part, allowing many times fresh ideas, old concepts, and lots of opinions to get floated and refloated and compared in the weeks leading up to January 20. So, in that spirit, I asked my friend Michael Rubin from AEI for his ideas on where Joe Biden will take U.S. foreign policy when it comes to the Middle East. As always, his thoughts are sharp, comprehensive, and born from years of thinking through this topic for decades in a depth that is rare these days.

First, despite what Donald Trump may believe, we now can say there will be a change in administrations with Joe Biden taking office on January 20th. How do you think his policies will change towards Israel? Clearly, the U.S. and Israel had a strained relationship during the Obama years. Could we see a return to that? How will Biden approach this important alliance?

The Democrats are divided and the policies Biden pursues will depend more on who ultimately wins each position than on what the twitter base of the Democratic party may want. We’re far more likely to have a Secretary of State Tony Blinken or Chris Coons than Ro Khanna or Barbara Lee.

Certainly, Biden’s team may want to jump-start Israel’s peace process with the Palestinians. That was an early goal of Obama as well, although his demand for a settlement freeze ultimately had the opposite effect as it created yet one more excuse for the two sides to sit with each other. Biden was always more versed in foreign policy than President Obama. The questions then become whether Biden will tweak Obama’s approach and whether the Palestinians will go along.

There once was broad bipartisan consensus in foreign policy. It was John F. Kennedy, for example, who took a hardline on Cuba and set the U.S. down the path toward war in Vietnam. Conservatives, supported Jimmy Carter’s crackdown on the Soviet Union after their invasion of Afghanistan. Certainly, there were debates about arms control and how to negotiate, but the broad objectives were constant.

That has been changing as first the 24-hour news cycle and then the internet changed the dynamics of the debate. The straw that broke the camel’s back was probably the 2003 Iraq War. Foreign policy increasingly grew to be a partisan football, and Israel is the prime example. While Obama shares a lot of the blame for this, Netanyahu and Ron Dermer, Netanyahu’s right-hand man and his ambassador to the United States, erred by spiking the football and taking a victory lap during the Trump years. For many Democrats, and not just progressive ones, it’s payback time.

That said, Washington can navel-gaze and assume debates start and end here, but the Palestinians and Israelis both have cards to play. Biden may want to return the embassy to Tel Aviv, but that becomes a little harder since the State Department sold the ambassador’s residence in nearby Herzliya. Likewise, Biden’s more moderate wing may ask what good that will do given that the doomsayers were wrong. Much more likely will be a U.S. re-engagement through international organizations like UNRWA.

Many progressives want to see a change in direction in U.S. policy towards Saudi Arabia. Do you see any changes in policy under Biden?

Yes, but again, not as much as progressives may like. It’s easy to try to depict Saudi Arabia as evil, radical, and a serial human rights violator but, for too many on the progressive left, they try to make this case by suggesting Iran would be a more natural ally. There are two problems with this: Suggesting Jeffrey Dahmer is better than Ted Bundy doesn’t make Dahmer good; he’s still a serial killer after all. Also, it’s not just the United States and Saudi Arabia who are in the sandbox. China and Russia also are. Progressives need to consider whether human rights will be better protected in Saudi Arabia if we push them so hard that they end up in China’s camp. More moderate elements within Team Biden may understand it’s best not to throw the baby out with the bathwater, that when an absolute monarchy reforms, the result isn’t a democracy but rather a reformed absolute monarchy. The last point Democratic politicos are going to have to face if they want to rewrite fundamentally the U.S.-Saudi relationship is that the U.S. intelligence community insists that the U.S.-Saudi partnership continues to save hundreds if not thousands of lives each year. Speaking of the intelligence community, one thing don’t appear to grasp is the divergence in narratives among Saudis and among non-Saudis with regard to the murder of Saudi writer Jamal Khashoggi. I met Khashoggi in Jeddah back in 2005, and there is no excuse–none whatsoever–for his murder and dismemberment. I don’t want to minimize that. But while Americans depict his death as the result of a brutal temper-tantrum on the part of Muhammad Bin Salman, Saudis are more likely to say that Saudi intelligence agents killed a former Saudi intelligence agent for reasons that aren’t fully known. The fact is both narratives are true. The lesson of the past few administrations, including the George W. Bush administration in which I briefly worked, is that seeing things as black-and-white in the region will always backfire.

President Trump is willing and wants to sell F-35 jets to states in the Middle East other than Israel, such as the UAE. Will the Biden Administration continue this? Expand this to other states like Qatar?

My rule-of-thumb is that no country should get such technology unless we are confident first that it has no relationship to terrorist groups; second, we trust that it won’t betray our technology to great power rivals; and third, we know what that country will look like and what its orientation will be a decade from now.

The greatest contribution a Biden administration and a potential Secretary of Defense Flournoy could make on the issue, however, is to rewrite the Qualitative Military Edge considerations which have long governed U.S. arms sales to the region in order to ensure that Israel, which was outnumbered by its neighbors, would never also lose its technological advantage.  That was why Reagan’s AWACS sale was so controversial at the time. That formula worked well decades ago when the biggest concern was another Arab-Israel war, but now Iran is the chief threat and Israelis don’t worry so much about what the Gulf Arab states or Egypt.

Finally, it seems certain a Biden Administration will take a very different approach when it comes to Iran, which we have talked about in the past. Broadly speaking, what do you think that will look like now that we are closer to Biden taking power?

Again, it’s a fantasy to believe we can go back to the status quo ante. Like or hate the Joint Comprehensive Plan of Action (JCPOA), it was a deal governed by a ticking clock and sunset clauses. There’s also the difference between the myth of the JCPOA and the reality. There’s certainly an irony that Democrats back in 2015 when the deal was reached were far more critical of it and open about its flaws than many are now. Again, we are in the age where foreign policy and national security are political footballs, and partisan advantage trumps all other considerations.

That said, Team Biden will be far more open to negotiations with Iran and will also likely reverse maximum pressure. The question for Biden’s team is whether they will use sanctions relaxation to win concessions or whether they will agree with the Iranian demands that sanctions be relieved as a precondition. Either way, nothing is quick and easy with the Iranians. Iran believes it has time on its side and so Biden’s team should expect their approach to Iran to run the entirety of their administration. They should also expect that, if Iran’s negotiators believe Biden won’t make it through his entire term or if they believe they can get a better deal from a Harris administration, they will simply run down the clock on Biden’s efforts.

The outlier which Biden must think about is that Supreme Leader Ali Khamenei is even older than Biden, and so the concerns about Biden’s health and longevity also apply to him. In the United States, we know what a sudden transition would look like. In Iran, we don’t.