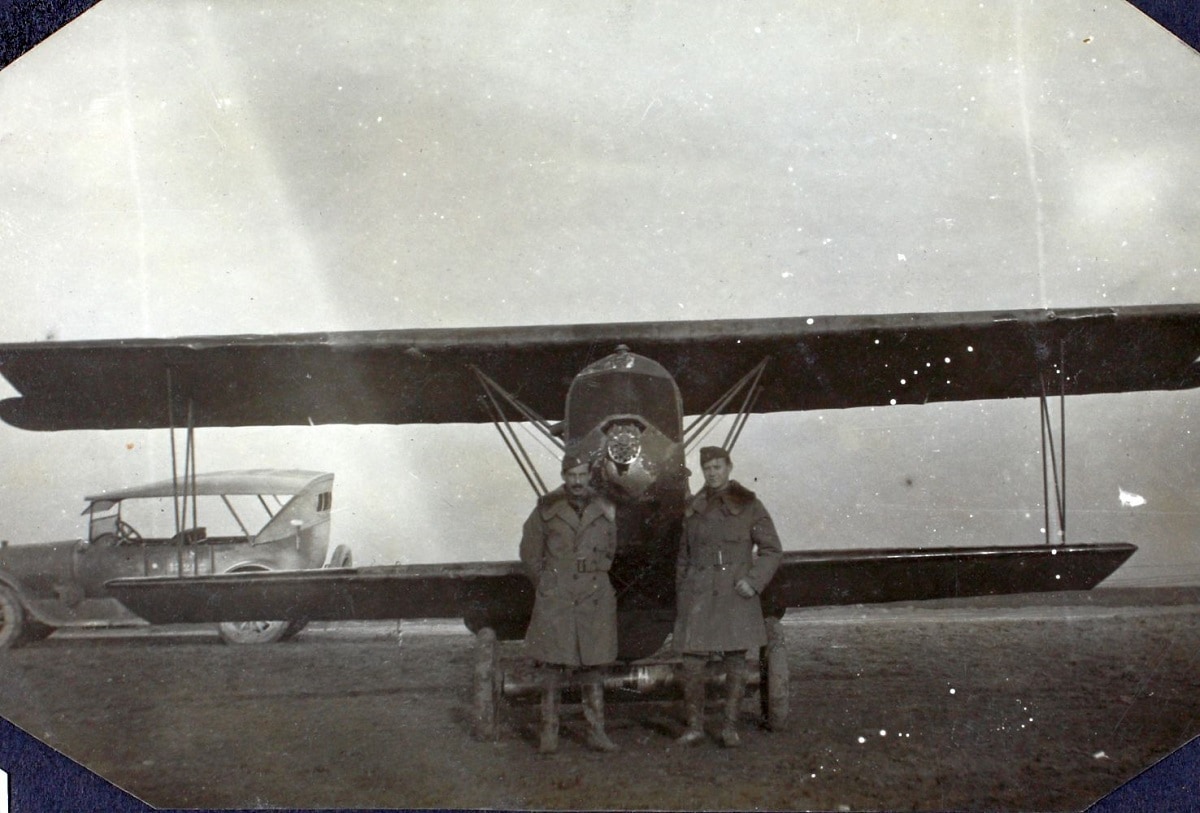 While there are a number of contenders for the best Allied aircraft of the First World War, most aviation experts would agree that Germany’s Fokker D. VII was truly its best, despite having a relatively short wartime career. It was introduced in May 1918, less than six months before the war ended, but 1,000 were still completed and most saw service.

Designed by Reinhold Platz of Fokker-Flugzeugwerke to address Germany’s loss of air superiority in late 1917, it soon earned the respect of Baron Manfred von Richthofen, the infamous “Red Baron,” who flew the prototype and then enthusiastically recommended it. To speed production, Fokker, as well as rivals Albatross and the Allgemeine Elektrizitats Gesellschaft (AEG) all built the D. VII. A total of 1,700 aircraft were produced by the end the war.

When it entered service, the Fokker D. VII proved to be a formidable aircraft. Pilots praised the aircraft’s handling and ease-of-operation and it was shown to have superior performance over Allied fighters. It was strong and agile yet proved to be ideal for novice aviators while it could fly in thin air. Thanks to its high rate of climb, higher ceiling, and general excellent handling characteristics, German pilots were able to score a remarkable 565 victories over Allied aircraft during the month of August alone.

Clearly, the Allies didn’t care for the aircraft and it was singled out postwar for destruction in the 1919 Treaty of Versailles. However, a few of the aircraft were smuggled out to the neighboring Netherlands.

Confiscated aircraft were even adopted briefly by former foes including Belgium and Canada, while the United States Army and Navy evaluated some 142 captured examples. While Germany was restricted from producing or being equipped with combat aircraft, post-war production continued in the Netherlands and the D. VII served with the militaries of Czechoslovakia, Denmark, Finland, Latvia, Lithuania, Romania, the Soviet Union, Sweden and Switzerland. Some fifty D. VIIs were also employed by the Polish military during the Polish-Soviet War, where it was mainly used for ground attack missions. The short-lived Hungarian Socialist Republic of 1919 also used a small number of the Fokker D. VIIs during its war with Romania. 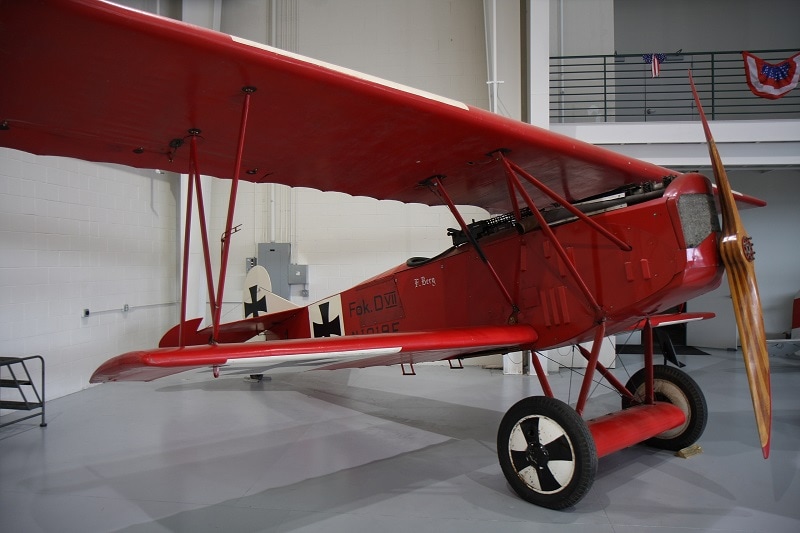 As with other combat fighters of the era, the D. VII featured a conventional biplane arrangement that placed the engine, pilot and wings ahead of the midships, and the engine sat in a forward compartment with its twin-bladed propeller mounted low. The two 7.92mm MG08/15 “Spandau” machine guns were set in fix, forward-firing positions that were synchronized via an interrupter gear.  Powered by a BMW IIIA engine, the aircraft had a top speed of 117 mph and a range of 165 miles, and impressive 20,000 feet ceiling.

While some 3,300 were produced in total, only a handful of original World War I era Fokker D. VIIs still exist, and only one retains its original Vierfarbiger four-color lozenge camouflage fabric covering. That aircraft is on display at the Brome County Historical Society in Lac-Brome, Quebec.

Another is in the collection of Royal Air Force (RAF) Museum outside of London, while one example is at the Musée de l’Air et de l’Espace in Paris, France. An aircraft discovered in a German barn in 1948 that was used by the German Imperial Navy is now on display at the Deutsches Museum in Munich. The sole original Fokker D. VII in the United States is in the collection of the Smithsonian Institution, which received it from the War Department in 1920. It is on display at the National Air and Space Museum in Washington, D.C.