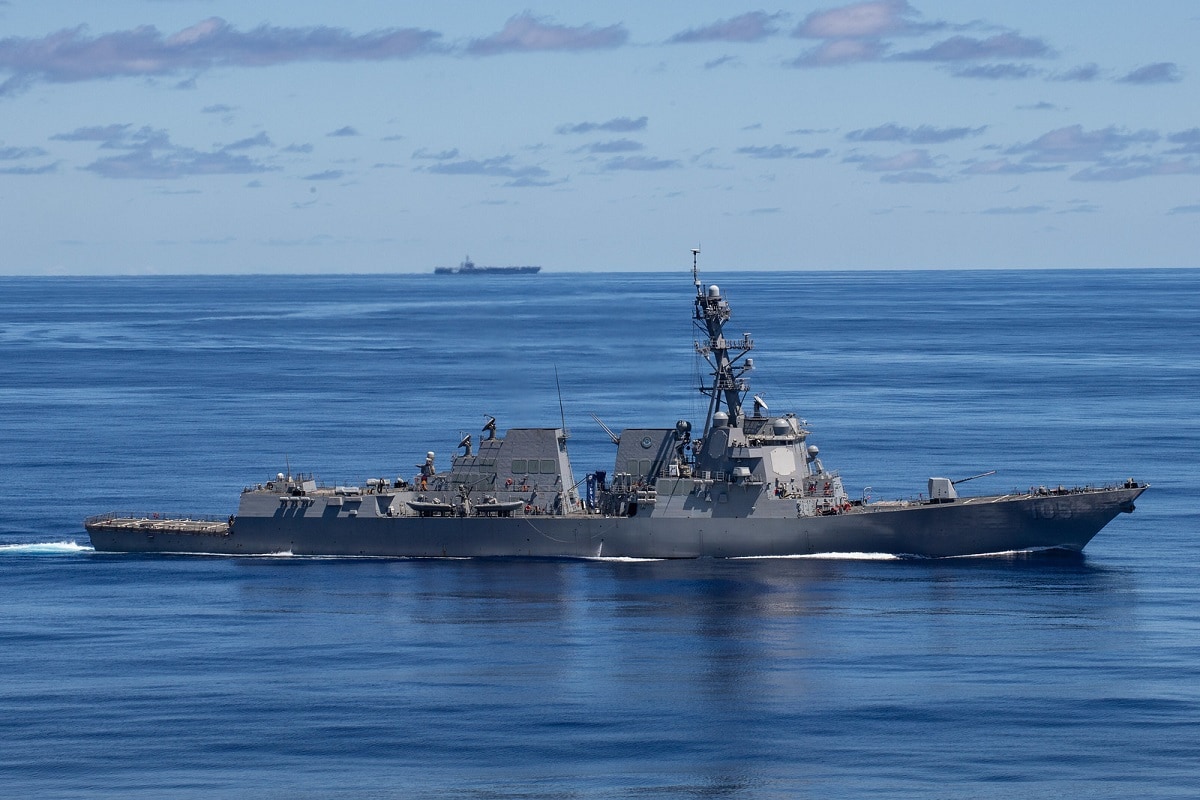 In his first memo to the force, Secretary of Defense Lloyd Austin declared, “The Department will prioritize China as our number one pacing challenge and develop the right operational concepts, capabilities, and plans to bolster deterrence and maintain our competitive advantage.” He further explained the approach towards China would be integrated into a whole-of-government strategy, strengthened by our alliances and partnerships, and supported on a bipartisan basis in Congress. If China represents our number one pacing challenge and is the most significant threat to U.S. security in the 21st century, then America needs to pick up the pace.

The liberal, rules-based world order the United States has led for more than 70 years is in peril of becoming a historical outlier. America must embark on a two-track policy approach to maintain a free and open Indo-Pacific and outpace China. This proposal is predicated on quickly building a combat-credible deterrent in the short-term, the sprint, and deepening longstanding alliances and partnerships through economic and diplomatic engagement in the long-term, the marathon. Enacting this policy will ensure the U.S.-led international order maintains a free and open Indo-Pacific, increases security and economic cooperation, and achieves regional balance to deter China from its current trajectory.

“It is folly to imagine that the aggressive types, whether individuals or nations, can be bought off …  But they can be curbed. Their very belief in force makes them more susceptible to the deterrent effect of a formidable opposing force.”

The United States must have a robust, forward-deployed military presence to defend against China at the point of potential conflict. Without a valid and convincing U.S. conventional deterrence within the First and Second Island Chains, China is emboldened to act regionally and undermine U.S. interests globally. Simply put, having the best military is not enough. You must have the best military in the right position. A combat-credible force posture is urgently required to prevent conflict, protect U.S. interests, and assure U.S. allies and partners.

The United States can achieve this desired aim in several ways. By negotiating expanded access, basing, and overflight (ABO) with partner nations, credible joint forces can demonstrate America’s commitment to the region and exhibit resolve against potential adversaries. Distributed ABO enhances integrated air defense capabilities, delivers highly survivable precision strike networks, and deters and defends against anti-access area denial capabilities that may limit U.S. freedom of action or access to critical lines of communication. Perhaps most importantly, an enhanced force posture will provide the logistics network necessary to overcome the tyranny of distance and project and sustain the joint force. With enhanced basing, opportunities exist to bolster Title 10, Section 333 funding to build partner capacity through the National Guard State Partnership Program and the 5th Security Force Assistance Brigade. Increased forward basing can facilitate broader participation in multinational exercises and freedom of navigation operations. Enhancing relationships enables soft power engagement opportunities such as leveraging USAID and Army Corps of Engineers to address systemic infrastructure problems such as access to clean drinking water and flood mitigation in Mekong Valley and climate change adaptation (CCA) in Indonesia.  Increased mil-to-mil engagements that address the needs of partners and allies build trust and confidence in America’s commitment to the region.

Investments are necessary to implement this policy proposal effectively. The Pacific Deterrence Initiative (PDI) is a good start.  However, the programmed $4.6 billion in FY22 is not sufficient to meet the projected near-peer challenge. The DoD must prioritize funding for Indo-Pacific forces over secondary national security objectives while balancing the need to modernize legacy military hardware.  Spending prioritization is necessary to align national defense strategy goals. With growing consensus from congressional leaders from both sides of the aisle and expressed concerns of partners in the region, the sprint proposal is an acceptable response to the China threat.

Deterrence through presence effectively builds partner capacity, increases interoperability, and provides ABO critical to strategic deterrence. A credible and sustainable force presence will send a clear signal to Beijing that raises the potential costs of malign actions and reassures our allies and partners. However, the military instrument of national power alone is insufficient to sustain great power competition.

In a world of complex threats, our security and leadership depend on all elements of our power – including strong and principled diplomacy.

By leveraging existing alliances and burgeoning partnerships, the United States can expand diplomatic, economic, and security cooperation with South and Southeast Asian nations, building a new cooperative framework to safeguard against Chinese assertiveness. The cooperative framework can chart a course for a free and open Indo-Pacific founded upon mutual trust, understanding, and respect characterized by economic prosperity, diplomatic engagement, information sharing, and a common outlook on regional security.  Developing a durable intergovernmental framework provides the ways and means to achieve goals in defense collaboration and global challenges such as the COVID-19 pandemic, climate change, trade, supply chain resilience, and cybersecurity protection.

The United States can achieve this policy objective in several ways. First, Congress must pass the Southeast Asia Strategy Act of 2021. This bill will develop a whole-of-society approach that promotes close coordination with ASEAN and its member states to promote peace, security, and stability in the Indo-Pacific. It will inform a comprehensive plan for Southeast Asia and ASEAN engagement to include information on alliances and partnerships, trade, investment, and development.  Next, Congress must explore opportunities to enact new free-trade agreements with ASEAN and regional partners to deepen economic ties giving skeptical countries a baseline for cooperation while reshoring critical supply chains severely exposed by the pandemic.

With bipartisan support, an opportunity exists to move toward an infinite-minded approach to Indo-Pacific regional security. However, pursuing this two-track policy is not without risk.  Increasing America’s military posture may convince China that delaying military action would only benefit the United States. The People’s Liberation Army may be compelled to quickly secure regional objectives in Taiwan, or in the South and East China Seas.  However, the cost of not implementing this proposal raises the possibility of failing to deter China from not showing up in time to defend U.S. interests, causing irreparable damage to America’s credibility.

Developing a new cooperative security framework also presents risks for both America and potential partners. Foreign governments may lose political capital domestically, and disagreements with Washington’s approach to security challenges may create a schism in a potential coalition. Furthermore, the United States may find itself defending the actions of an ally in an unnecessary dispute or conflict. However, the United States can overcome these concerns through its rich experience navigating alliance systems such as the North Atlantic Treaty Organization (NATO).

The United States must embark on a two-track policy approach to maintain a free and open Indo-Pacific and outpace the pacing challenge.  America can no longer afford to be only the regional security partner of choice.  Without significant improvements in economic and diplomatic relationships, in the event of a conflict, South and Southeast Asian nations will lack the incentive to cooperate militarily, especially when considering Chinese economic dependency. Relying on transactional security cooperation will prove unsustainable. One only needs to seek lessons learned over the past 20 years in Afghanistan and Iraq to understand this paradigm.  Failure to engage in the economic and diplomatic realms will inevitably diminish U.S. influence as potential allies will recalculate their security relationship vis-a-vis China.

By implementing the sprint and marathon policy proposal, the United States will maintain a free and open Indo-Pacific, increase security and economic cooperation, and achieve regional balance.  Nesting competition with China in an affirmative vision based on international law and democratic principles upholds the rules-based order and proactively attracts mutually concerned nations to join the cause. Let the race begin.

Joshua Koncar is a Veteran and currently serves as a Defense Fellow in the U.S. Senate. He is an undergraduate of Thiel College and holds advanced degrees from The George Washington University, the U.S. Naval War College, and Liberty University.  The views expressed are those of the author alone. Twitter: @joshuakoncar 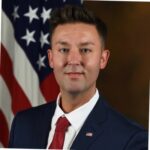 Joshua Koncar is a Veteran and currently serves as a Defense Fellow in the U.S. Senate. He is an undergraduate of Thiel College and holds advanced degrees from The George Washington University, the U.S. Naval War College, and Liberty University. The views expressed are those of the author alone. Twitter: @joshuakoncar