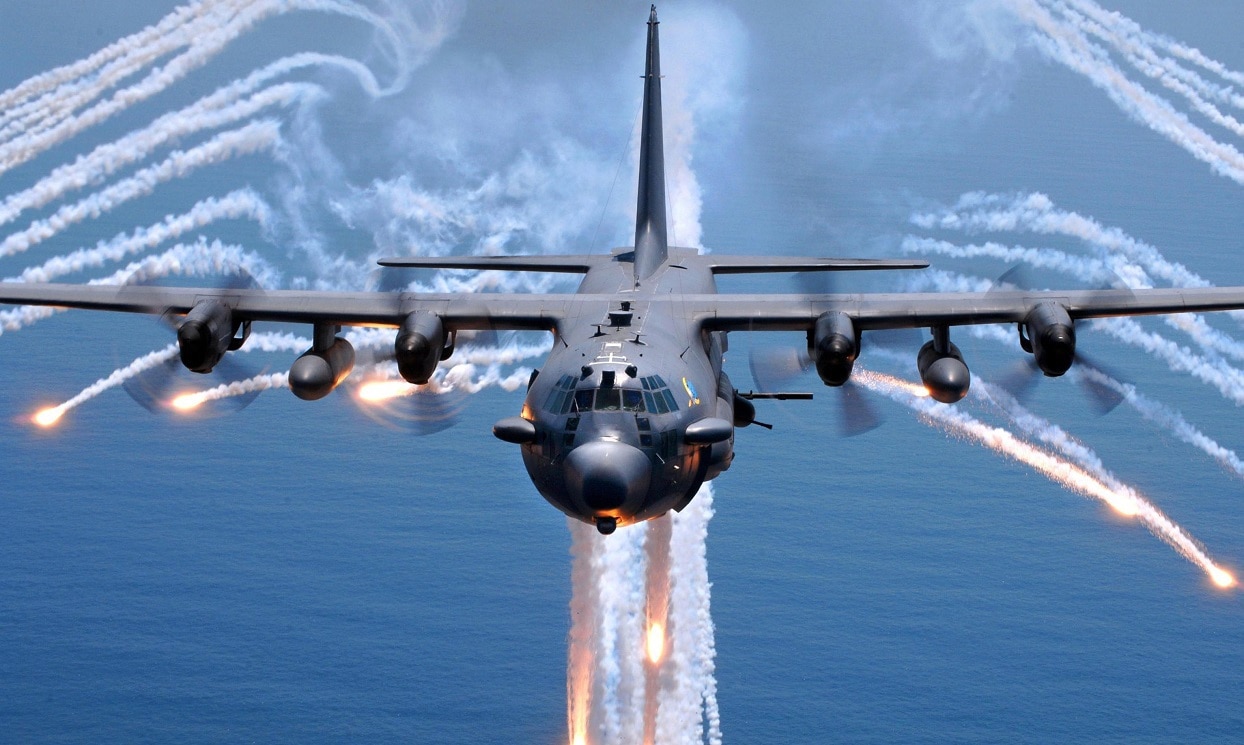 During the wars in Afghanistan, Iraq, and Syria, US forces had the decisive advantage of air superiority.

Conventional troops and special operators knew that they could almost always call in airstrikes or close air support against an enemy force. But that capability might not be available if a conflict with China and Russia breaks out.

In contested airspace, the AC-130 gunship and MC-130 transport aircraft — some of the most capable and loved aircraft in the US Special Operations Command (SOCOM) arsenal — will be in danger of becoming irrelevant, unable to do their missions amid the thicket of Chinese and Russian air defenses.

So SOCOM is looking for new ways to use those venerable aircraft. By equipping AC-130 with cruise missiles and turning the MC-130 into a float plane, US commandos may be able to keep them in the fight.

For over six decades, the different variants of the AC-130 have been supporting conventional and special-operations troops, seeing action in all major and minor conflicts since the Vietnam War.

The AC-130J Ghostrider, the latest iteration of the gunship, is a deadly machine with an arsenal of 30 mm and 105 mm cannons, Hellfire and Griffin missiles, and smart munitions.

The AC-130 is an ideal close-air-support platform. It can stay over targets for very long periods and dish out incredible firepower. But that ability to stay on station for long periods is also one of the aircraft’s main downsides, as it’s relatively slow and vulnerable to anti-aircraft fire.

Historically, the AC-130 has operated almost exclusively at night to enhance its strengths and compensate for its vulnerabilities.

Now SOCOM wants to develop a “Stand-Off Precision Guided Weapon” that the AC-130 can fire from long distances, allowing it to strike targets while staying out of the reach of enemy fire.

According to a recent solicitation, the command is looking for a cruise missile with a range of at least 230 miles and up to 460 miles with a warhead of at least 13 pounds but potentially up to 37 pounds.

Cruise missiles are subsonic munition that fly at low altitudes, making them harder to detect, but SOCOM is also wants it to have electronic systems that enable it to acquire and reacquire targets after it has been fired.

Some within Air Force Special Operations Command, which is part of SOCOM, are skeptical of the weapon.

“No matter the threat, air-to-air or air-to-ground, having a precision-guided cruise missile just enhances the performance and capability the AC-130 already has, but I don’t believe that equipping a stand-off precision-guided cruise will make it any more relevant, due to the capabilities and limitations of the aircraft,” B.A., a former AC-130 gunner, told Insider.

“Other aircraft platforms would be a better choice for that type of weapon system. The AC-130 was made to sit in the sky, fly counterclockwise in a circle, and engage anyone who is actively engaging the good guys. Precision missiles wouldn’t hurt, but let’s not ‘Call of Duty’ accessorize our AC-130’s!” B.A. added.

Gunships aren’t the only ones looking to stay relevant in an era of great-power competition. SOCOM is also working on modifying the MC-130J Commando II transport plane to expand its utility to address the challenges of a near-peer war.

AFSOC fields about 60 MC-130s, and the aircraft is the backbone of AFSOC’s fixed-wing fleet.

MC-130s can land almost anywhere in the world, including on beaches, deserts, and highways. They can’t land on water, but that might change by 2023.

AFSOC is working with the Air Force Research Lab’s Strategic Development Planning and Experimentation on an amphibious capability for the aircraft that would allow it to land on water too.

The program is developing a removable amphibious float modification to allow the MC-130J to land and takeoff on water if needed.

Early digital renderings of the amphibious aircraft show a pair of skids attached under the fuselage. SOCOM is using a rapid prototyping schedule that it says will allow for an operational capability demonstration in 17 months.

“This is really great news, and it also makes perfect sense,” a former MC-130 pilot told Insider. “China is our main adversary now and in the future. If as a community we want to conduct effective expeditionary operations in that part of the world, we need to have an amphibious option.”

The MC-130J Commando II Amphibious Capability, as the program is known, “is vital to future success because it will allow for the dispersal of assets within a Joint Operations Area,” Maj. Kristen Cepak, AFSOC technology transition branch chief, said in a press release, adding that dispersing amphibious MC-130s would make it much harder for an enemy to target them.

The Air Force has been working on a number of concepts to make its aircraft harder to target.

Under the Agile Combat Employment (ACE) concept, for example, F-35 fighter jets could operate in small numbers from small islands in the Pacific, increasing their survivability and expanding their operational potential, especially in a vast area like the Pacific where China’s military is expanding its reach.

New capabilities will help the military adapt to great-power competition, but that new era requires a shift in mentality too. The US military has grown accustomed to operating with free reign and with few casualties, but a conflict with a near-peer threat is certain to require more risk and, most importantly, more sacrifice.