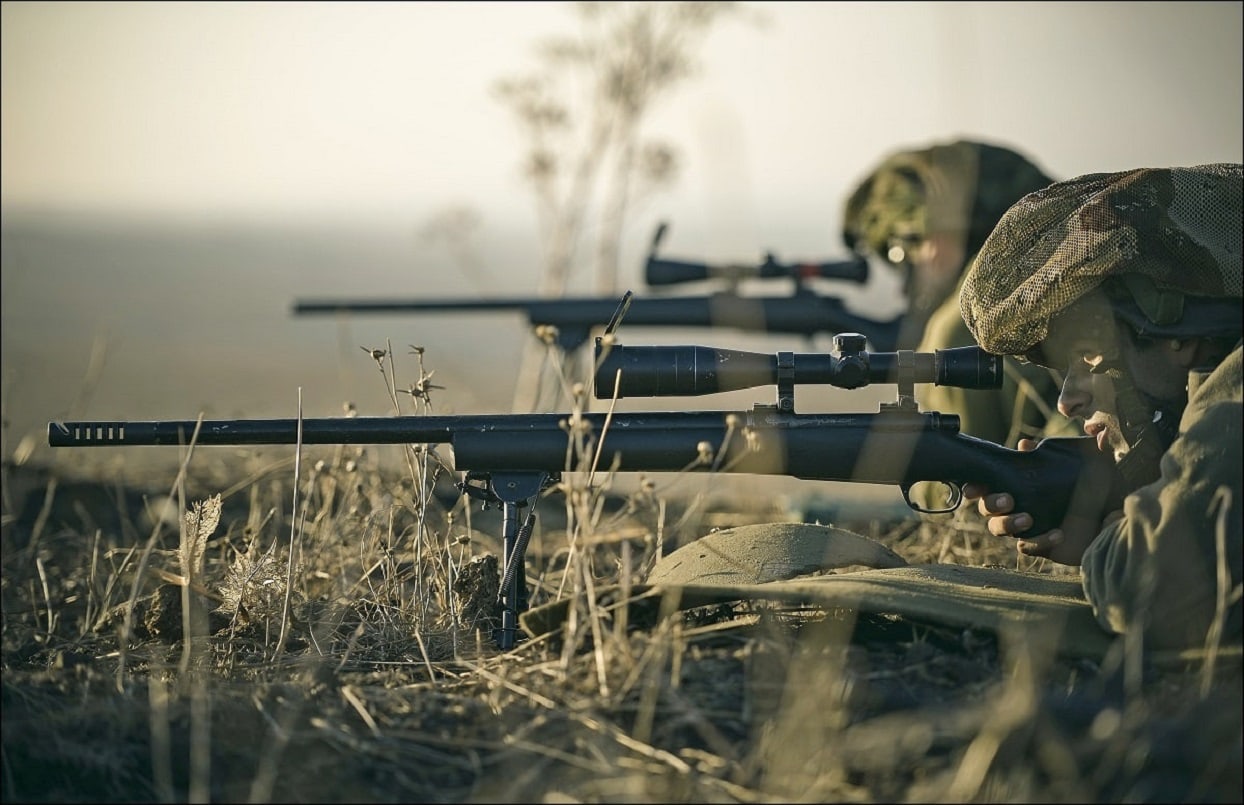 One of the most popular civilian rifles of all time, the Remington Model 700, is the basis for the U.S. Army’s mainstay sniper rifle, the M24. It’s always interesting that you can take a Remington Model 700 deer hunting and know that Army snipers are essentially using the same rifle. Tried and true, the Army has been using the M24 for decades. Like the Marine Corp’s M40 and variants, the U.S. Army’s M24 sniper rifle is super reliable and accurate but has a shorter range and Army snipers needed it to fire longer than its 800-meter effective range.

The M24 Sniper Weapon System is widespread in the Army. The M24 has been in use since 1988. It has a 24-inch barrel and a powerful Leupold 10x scope. The M24 is bolt-action and center-fired with a five-round magazine. The rifle weighs a manageable 15 pounds when loaded. Army Special Forces personnel wanted it to have a longer action with lighter weight, even though it takes a tiny bit longer to cycle the action. The trigger has an adjustable pull rate with a Kevlar re-enforced fiberglass stock. The M24 fires the .308/ 7.62x51mm NATO cartridge.

M110 Is Semi-Automatic and Can Engage More Targets

But the branch determined over the last decade in Afghanistan that it needed an update. So, the Army migrated to a different model. The M110 is a semi-automatic sniper rifle based loosely on the AR-10. Special Operations Forces personnel favored the M110 in Iraq, and the Army conducted a competition among several manufacturers. The M110 won out. It has the familiar rail system and a 10 or 20 round magazine and flash suppressor. No bolt-action means this semi-automatic can place a lot of rounds downrange quickly. But like the M24, the M110 has a short range of 800-meters. Special Operations Command replaced the 7.62 mm cartridge with the more powerful 6.5 Creedmoor round. The Creedmoor has a similar muzzle velocity compared to the .300 Winchester Magnum, but with less recoil.

The great thing about both sniper rifles is they are lightweight and easy to use. Both are ergonomic. The downsides are the shorter ranges. The familiarity of both the M24 and M110 makes them popular in the regular Army units. In a regular Army infantry platoon or squad, you can take the M110 and give it to the best marksman in the unit. This allows for diversity of weapons. Sometimes there is an over-dependence on the M4 carbine, which has a lower range at 500-meters and is designed to be primarily a close-quarter weapon. The M110 solved that problem and enabled marksmen to engage longer-distanced targets. The problem is that both the M24 and M110 rifles need greater range. The other problem with the M24 is that it couldn’t quickly engage multiple targets because of the bolt-action limitations. It also forced the sniper to carry a different weapon for self-defense. The M110 could also be fired from the standing position effectively and the Creedmoor is an improved munition.

Both of these rifles should be used by a regular infantry rifle platoon. Soldiers can be easily trained to fire them to maximum effectiveness. To be sure, they are not perfect, but they give the platoon leader and platoon sergeant more options on the battlefield – and this leads to greater combat effectiveness.