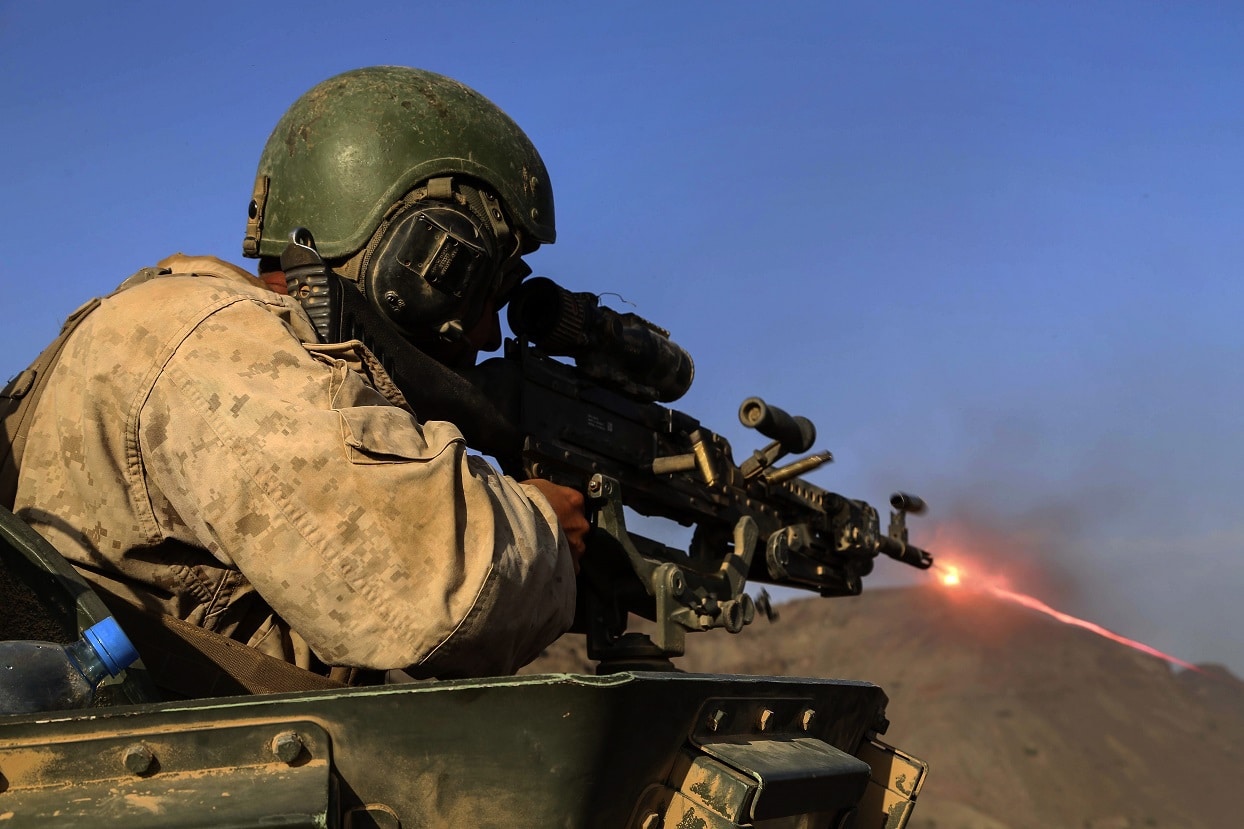 Gunnery Sgt. Dragos Coca engages targets during a desert survival and tactics course. Coca is a platoon sergeant with 15th Marine Expeditionary Unit. Elements of the 15th MEU trained with the 5th Overseas Combined Arms Regiment in Djibouti from Sept. 21 to Oct. 7 in order to improve interoperability between the MEU and the French military. (U.S. Marine Corps photo by Sgt. Steve H. Lopez/Released)

The U.S. Marine Corps infantry squad has a new lease on life with new changes Marine vets may or may not like or appreciate. Here is a breakdown of the coming changes in the months and years to come we can expect.

The first change is the number of personnel in the squad. There will still be three fire teams of four marines each, but now, new positions are added for the modern fight. Each squad will have a leader, an assistant squad leader, and squad systems operator. Along with personnel evolutions, the squad will also have some new weapons that I’ll examine below.

The new assistant squad leader will control communications with higher command and give situation reports about how the combat picture is evolving. The assistant will also call for artillery and mortars. This takes a lot of pressure off the squad leader who can now delegate comms to his assistant. The new marine systems operator will be responsible for the radio, but he will have additional responsibilities such as running the small quadcopter drone for reconnaissance. This means the squad will now have 15 members instead of 13.

The Marine M4 Is Going Away

The biggest change in terms of the weapons allotment for the squad is the new assault rifle – the marines will now use the M27 infantry automatic rifle (IAR). This was originally supposed to just retire the M249 SAW, but the marines liked it so much that it is now the standard rifle that will replace the M4. The M27 IAR has an improved optic for short and long-range. It will also be issued a suppressor to reduce the muzzle flash to make it quieter and harder for the enemy to spot.

The best shooter in each squad will become the squad-designated marksman and receive the M38 rifle. This is for long-range targets, although it is not really a full-fledged sniper rifle. It’s similar to the M27, but it has an improved Leupold sight with better magnification. The M38 also has a bipod for more accurate shooting. This will give the marksman a range of 600 yards. One of the complaints about the M4 was an insufficient range and the Taliban in Afghanistan had learned to keep their distance. The M38 should solve this problem.

New Grenade Launcher is the Answer

How about a new grenade launcher?

The marine infantry squad is now using the M320 grenade launcher. It is a standalone launcher that lobs 40mm grenades out to 350 yards. This replaces the M203 grenade launcher that was attached to the M4. This will help the marines in a firefight. Its compact design makes for easier portability and allows for easier aiming and shooting. A marine grenadier will be able to scoot to new positions and lay down suppressive fire for the rest of the squad to maneuver.

How about a projectile that can penetrate and destroy some types of buildings and bunkers? Take a peek at the new M3E1 MAAWS rocket launcher. MAAWS stands for Multipurpose Anti-Armor Anti-Personnel Weapon System. The 84mm rocket has a range of around 800 yards and weighs 15 pounds. It’s considered a reloadable recoilless rifle like the Carl Gustaf. The MAAWS is so tough, you can drop it in saltwater, and it is still usable. That’s great for amphibious landings that marines must do.

What To Make Of All of This

Taken all together as a whole, these developments are exciting for the Marine Corps. The marines have learned lessons about their weapons from numerous deployments in Iraq and Afghanistan. They will now have modern weaponry that is more lethal.

On balance, I like the re-organization of the infantry squad. The best change is having an assistant squad leader take on some new responsibilities that will make things easier for the squad leader. All in all, you have a squad organization and weapons that allow the platoon leader to breathe a sigh of relief.