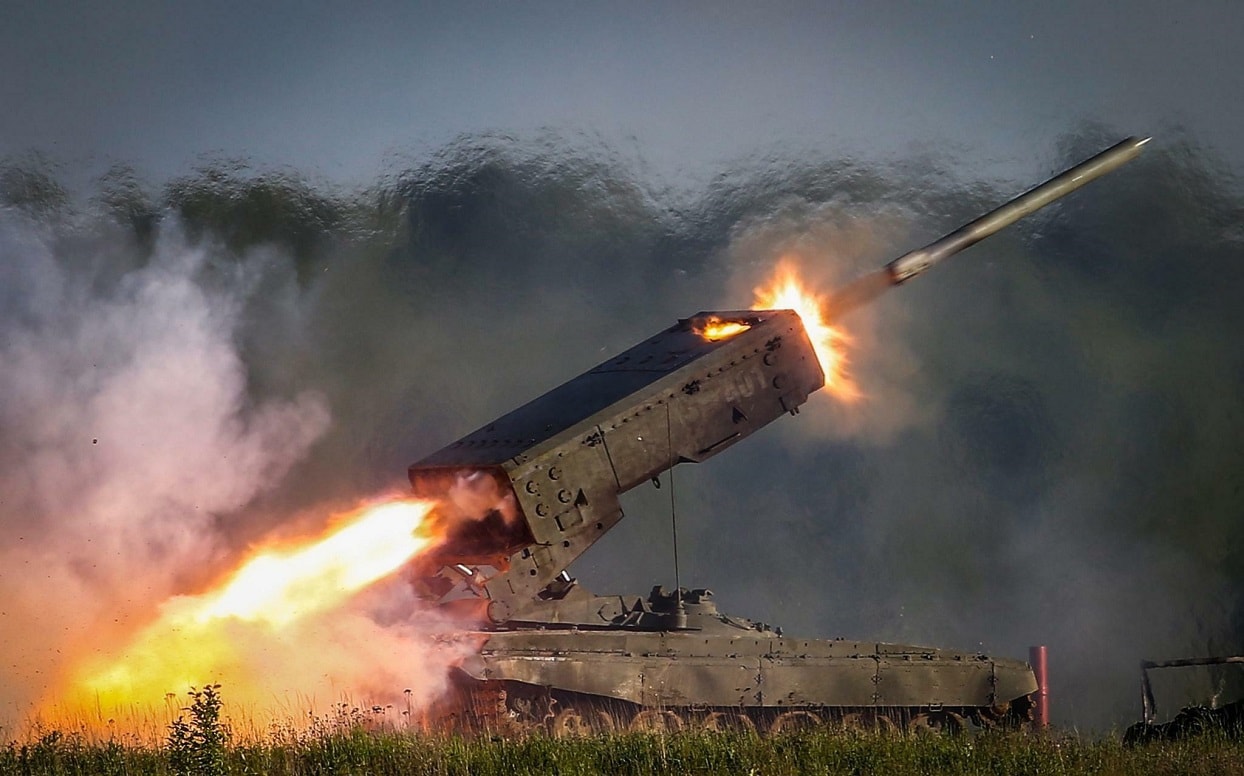 If the Biden administration is to be believed, the drums of war are beating in Europe. Based on undisclosed reports of Moscow’s ongoing military deployments, US officials have been visiting European capitals warning of potential Russian invasion plans against Ukraine.

Conflict still seems unlikely, but the mere possibility of violence highlights the West’s impotence. Secretary of State Antony Blinken indicated that America’s commitment to Ukraine was “ironclad” and the US would take “appropriate action” if Moscow initiated hostilities, but the only “appropriate” response would be to stay out of the ensuing fight.

Vladimir Putin’s mind is known only to his own officials, and perhaps only to himself. No doubt, he has few moral compunctions against aggressive war, but in truth neither do US policymakers—witness the invasion of Iraq. However, he is an unlikely reincarnation of Adolf Hitler.

Putin, a onetime member of the worldly and cynical KGB, never showed any particular antagonism toward America or Europe—in fact, he was the first foreign leader to offer support to President George W. Bush after 9/11. And Putin’s grievances against Washington, including NATO expansion to Russia’s borders and color revolutions against friendly regimes, were actions that the US would not have tolerated in its neighborhood.

Moreover, Putin’s predation has been limited. In power more than two decades, his government has seized only Crimea, historically part of Russia, and the annexation, though illegal, was almost certainly backed by a majority of residents. Moscow also has promoted separatists in South Ossetia, Abkhazia, and Ukraine’s Donbas. Yet the Putin government has absorbed none of them, which mostly look like the geopolitical equivalents of booby prizes.

Indeed, while Putin’s judgment has proved less than impressive, his use of coercion, though increasing, remains measured. Compare Russia, which allows, though manipulates, elections, opposition parties, and critical social media, in sharp contrast to Saudi Arabia and China, which prohibit almost anyone from expressing even one independent thought. Whether out of principle or prudence, his government seems temperamentally reluctant to initiate action that could turn into a major conflict.

What then to expect?

Even the latter option is not good, of course. Nevertheless, the likelihood that today’s crisis will remain political rather than turn military suggests the importance pushing to expand diplomatic options. Which requires rethinking the assumptions which dominate current US policy.

Ukraine is not a treaty ally. It should not be treated as one. There are compelling reasons to set conditions for membership, as in this case. Ukraine is not a security asset for the US. It was part of the Russian Empire and Soviet Union, which never much mattered in Washington, D.C., other than providing another “captive nation” for propaganda purposes.

Indeed, Russia, with or without Ukraine, poses no threat to America—there are no vital areas in conflict, only differences over increasingly peripheral issues, such as the Middle East. Even if it did not lose badly Moscow would gain little from war with America. If Moscow is a serious “threat” to Europe, it is only because the Europeans prefer to devote their resources to generous welfare states than parsimonious armed services, something they can do because successive US administrations insist on defending them.

Moreover, Moscow views Ukraine as a vital interest. Western officials misled Soviet and Russian officials about NATO expansion and promoted revolutions in both Georgia and Ukraine against pro-Russian governments. Bringing Tbilisi and especially Kyiv into the transatlantic alliance would greatly expand Russia’s military vulnerabilities. Imagine Moscow ousting the governments of Mexico and Canada and then inviting them to join the Warsaw Pact.

Washington should seek a compromise that satisfies legitimate Russian security concerns while maximizing Kyiv’s freedom of action. Countries in bad neighborhoods long have had to adjust their behavior to reflect the interests and expectations of their larger and more powerful neighbors. Indeed, during the Cold War Finland became a phenomenon, “Finlandization,” reflecting Helsinki’s survival bargain with the Soviet Union: avoid challenging important Soviet security and political expectations. That surely was not a good outcome for Finland, but it was better than the alternatives.

In Ukraine’s case, any agreement would start with the commitment of NATO not to admit Kyiv. Alliance officials routinely say that no outside country gets a veto on membership, but it would be NATO members making the choice in their interest. They have no obligation to admit any nation, no matter how badly it desires to join. Since the purpose of the alliance is to enhance the security of its members, they should not include any state that reduces their own security. Such as Ukraine (and Georgia).

With a no NATO membership pledge as the foundation, other issues could be addressed—sanctions, intervention in the Donbass, Crimea, election interference, policy toward Syria, Venezuela, North Korea, and other states, and more. There is much on which to disagree, but differences could be managed and a path created for Russia to look west as well as east for partnership. Diplomacy is the art of the possible, and only by making a serious effort can Washington discover what might be achieved.

A full-scale war over Ukraine would be a disaster for everyone involved: Ukraine, Russia, Europe, and America. It remains unlikely, but the specter of conflict hangs over the possibility for a diplomatic resolution of the crisis. The key to any satisfactory resolution is a determination by Washington not to be drawn into a war with Moscow over Kyiv.

A 1945 Contributing Editor, Doug Bandow is a Senior Fellow at the Cato Institute. A former Special Assistant to President Ronald Reagan, he is author of several books, including Foreign Follies: America’s New Global Empire.