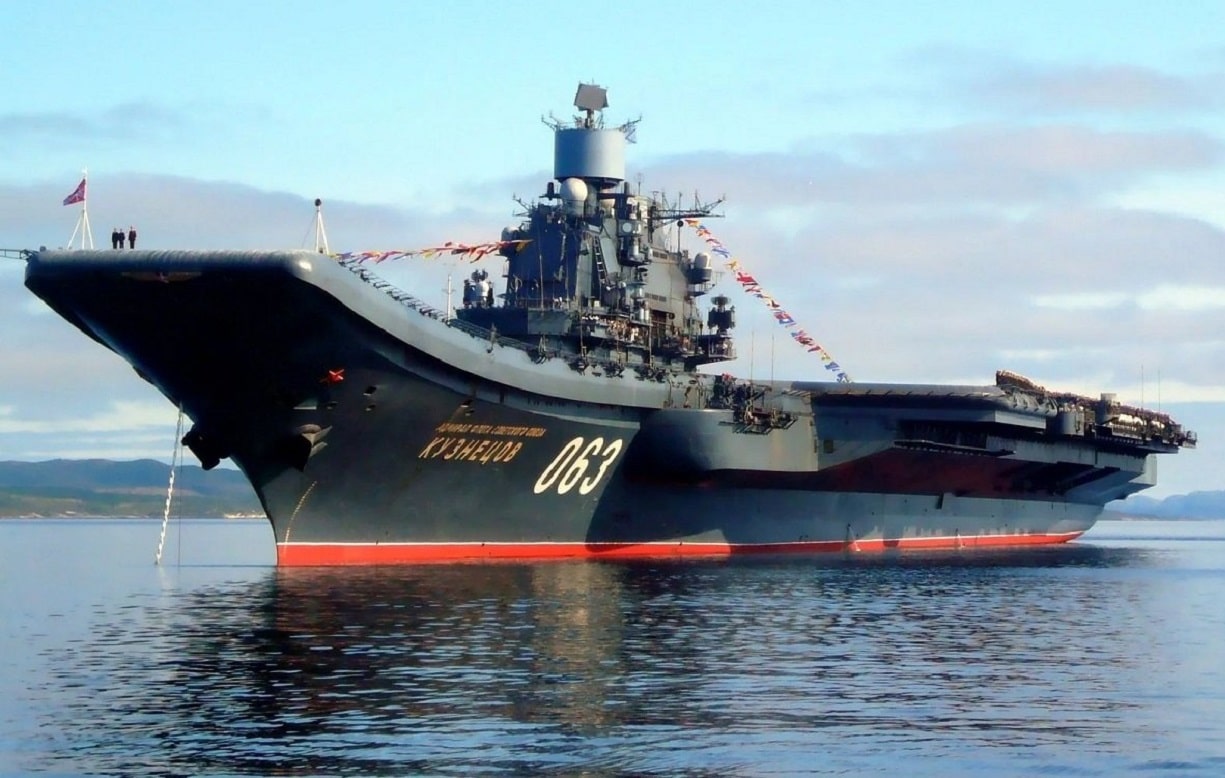 The Russians have bad luck with aircraft carriers of all types for decades now, clearly a good thing for the United States and NATO. Its only carrier, the Admiral Kuznetsov, is cursed with all kinds of problems and deadly mishaps.

But Russia could have perhaps changed all that had they implemented plans for a nuclear carrier in the 1970s. Dubbed the Ulyanovsk, it would have sported around 70 airplanes such as MiG-33s and Su-29s that would have launched from two steam catapults. It would have provided an ample boost to naval morale and grist for the Soviet propaganda mill.

But she never set sail. Here is her story.

Nuclear Super Carrier Would Have Been a Jewel in the Crown

Ulyanovsk was supposed to have been a nuclear-powered supercarrier at 1,000 feet long and 85,000-ton displacement with a ski-jump deck.

The ship would have been armed with 24 launch tubes for cruise missiles with 3,400 sailors serving aboard.

It would have had three elevators planned to serve at least 44-fighters and several early-warning aircraft including helicopters.

The Soviets wanted the Ulyanovsk to have four nuclear reactors. This would have given the carrier true “blue water” capabilities to allow it to steam at 30-knots in many areas of operations to compete with the U.S. Navy.

Carriers Have Political Value As Well

The supercarrier would have had provided Soviet Navy and society a substantial morale boost. Huge ships capture the imagination of propaganda organs, and the Soviets would have made some hay politically when testing, completing sea trials and eventually entering it into full-time service.

Could Moscow Have Kept Her Sailing?

It’s not easy keeping a supercarrier afloat and the Russians have a horrible track record when it comes to these big warships aircraft.

The Soviet Navy and even today’s Russian navy would have had difficulty maintaining such a large ship. To include just a few unlucky examples: Admiral Kuznetsov has seen a crane collapse, a hole in its flight deck, plus a fire in the engine room that killed two workers.

So, the Ulyanovsk died in 1992 on the chopping block with high costs and delays. Also, the Cold War was ending and the Soviet Union disintegrated–making it difficult to keep building such a large ship.

The failure of this program begs the question – why do the Russians have such difficulty building and maintaining large ships?

Most likely the cream of the Russian defense engineering and physics crop goes to work on rockets and ballistic missiles, especially hypersonics. The Russian navy has very competent guided-missile frigates, including a new ship-based hypersonic cruise missile. But large shipbuilding may not attract the expert human capital that is needed for success.

The Russians also seem to have a problem with long-range budgeting and financing programs over a number of years. They may not have agreed-upon contracting, acquisition and procurement, and regulatory policies that both the government and defense contractors practice. Schedule slip is a big problem for Russian shipbuilders, but they are doing better with submarines like the Borei-class, these are obviously much smaller than aircraft carriers.

The United States and NATO can only hope the Russians don’t ever get it together and that they stay out of the blue water carrier business. We will have to see what plans Putin has for the aircraft carrier program. He does have his heart set on a new carrier called the Lamantin, but it remains to be seen whether the Russians can get that vessel to fruition.