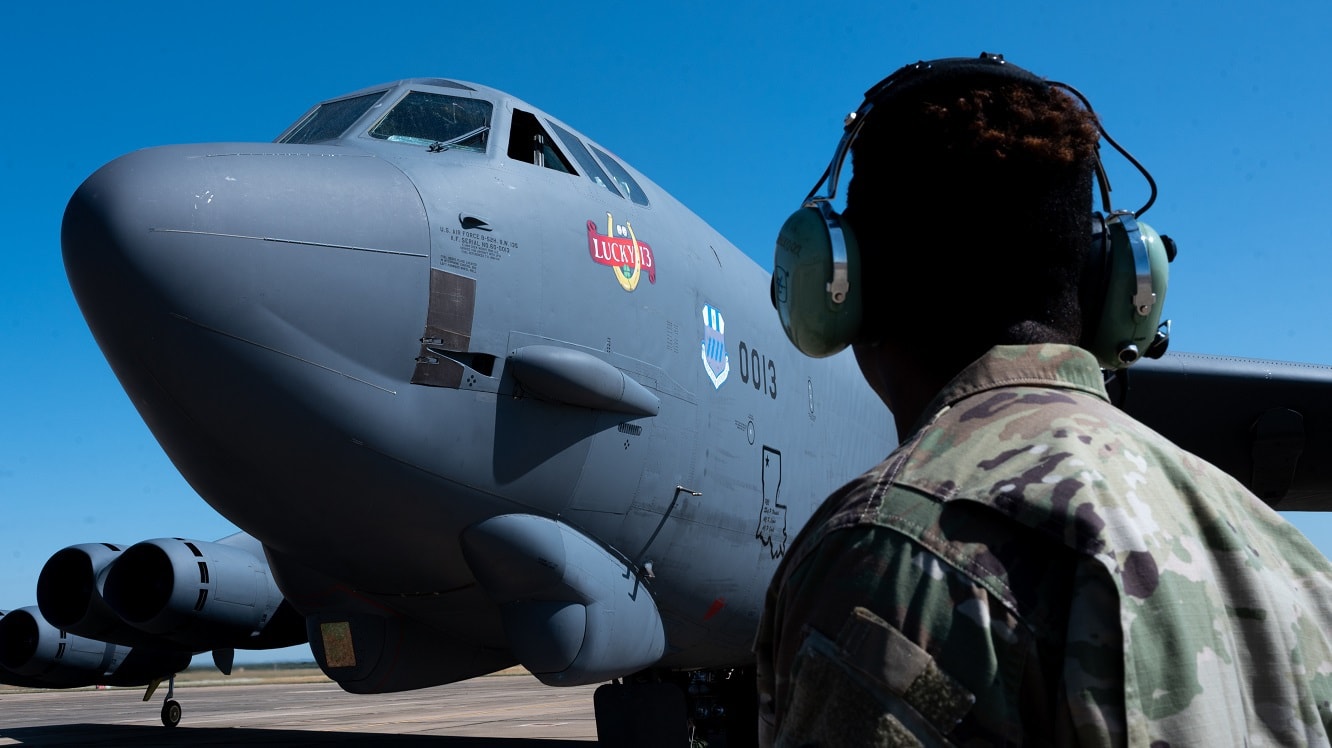 A U.S. Air Force maintainer conducts a visual inspection of a B-52H Stratofortress at Morón Air Base, Spain in support of Bomber Task Force 21-3, May 24, 2021. Strategic bomber missions enhance the readiness and training necessary to respond to any potential crisis or challenge across the globe. (U.S. Air Force photo by Staff Sgt. Jason Allred)

Can You Believe that the B-52 Could Fly Another 50 Years: It’s possible the B-52H Stratofortress could be in service for a hundred years if modernization efforts are successfully executed by the Air Force over the coming decades. The legendary bomber has been flying since 1955 and acquisition experts believe it could serve into the 2050s.

How is that possible? Well, the weapons it carries keep on getting better as the airplane continues to receive multiple upgrades. This means the B-52H can launch anything from nuclear-tipped hypersonic missiles to precision-guided conventional bombs.

The Long History of the B-52

The B-52 was originally designed to be a straight-wing bomber with six propeller-driven engines. This was called the XB-52 design in 1946. The Air Force then decided to make it an all-jet airplane. The designers spent two days in Dayton, Ohio making the necessary changes and produced a 33-page how-to guide and a scale model made out of wood they bought from a local hobby shop. The result was the B-52A and B-52B.

During the 1950s, the B-52 set several distance and speed records. In 1962, it staged a 12,500-mile flight from Japan to Spain without refueling. The B-52 saw action in the Vietnam War and was utilized in Operation Desert Storm and over Afghanistan, plus service in the Second Gulf War. It additionally engaged targets in Syria.

The B-52 Even Killed a Couple of Bogeys

The B-52D used to have a tail gunner and in 1972 over Vietnam, one of the bombers shot down two MiG-21s. Unfortunately, 30 B-52s were lost over Vietnam. The good news is that crew members can be ejected safely from both the top and rear of the airplane.

The B-52H can be anywhere around the world within hours once it has been refueled in the air. There are 76 of the various B-52 models in service – 58 serving actively and 18 in reserve.

The B-52H has eight engines and weighs 390,000 pounds. It was originally used for high-altitude nuclear bomb delivery. But now it can fly at lower altitudes to launch stand-off, over-the-horizon ballistic and cruise missiles.

The B-52H is a critical aerial component of the nuclear triad. It will conduct nuclear-capable missions while the Air Force waits on the new stealth B-21 Raider, which will be available in the mid-to-late 2020s.

The B-52H is currently outfitted with the AGM-86B/C/D Air-Launched Cruise Missile (ALCM). This nuclear-tipped cruise missile can hug the ground during flight with its terrain contour-matching guidance system. Fired from the wings and from a rotary launcher inside the bomber, the B-52H can hold a maximum of 20 AGM-86s. When these missiles stream toward their targets in a saturation strike, it is difficult for the enemy to defend against them.

The next-generation Long-Range Standoff (LRSO) weapon system will eventually replace the AGM-86B. The LRSO, made by Raytheon, has a range of 1,500 miles. However, this missile will not be fully-ready until 2030. The B-52H no longer drops B83 and B61 nuclear gravity bombs and instead focuses on cruise missiles.

B-52: Constantly Getting Updates

The B-52H can re-target these weapons in flight. The airplane has a modern communication system with new data links. It can see the battlespace with intelligence feeds that overlay images on the monitors using a suite of LCD screens.

In the future, the B-52H will get an updated radar, new engines, and upgraded nuclear command and control capability.

B-52s Are a Good Way to Make U.S. Adversaries Mad

B-52Hs usually fly from Barksdale Air Force Base, Louisiana, and Minot Air Force Base, North Dakota. A task force detachment of six B-52Hs is stationed at Andersen Air Force Base, Guam. Four additional bombers were sent to Guam in April 2021. These airplanes are believed to carry nuclear weapons via the air-launched cruise missile described above – a deployment that has rankled the North Koreans and Chinese. The B-52 often flies deterrence “show of force” flights near North Korea and China. It could do the same flying near Russia’s air defense identification zone. 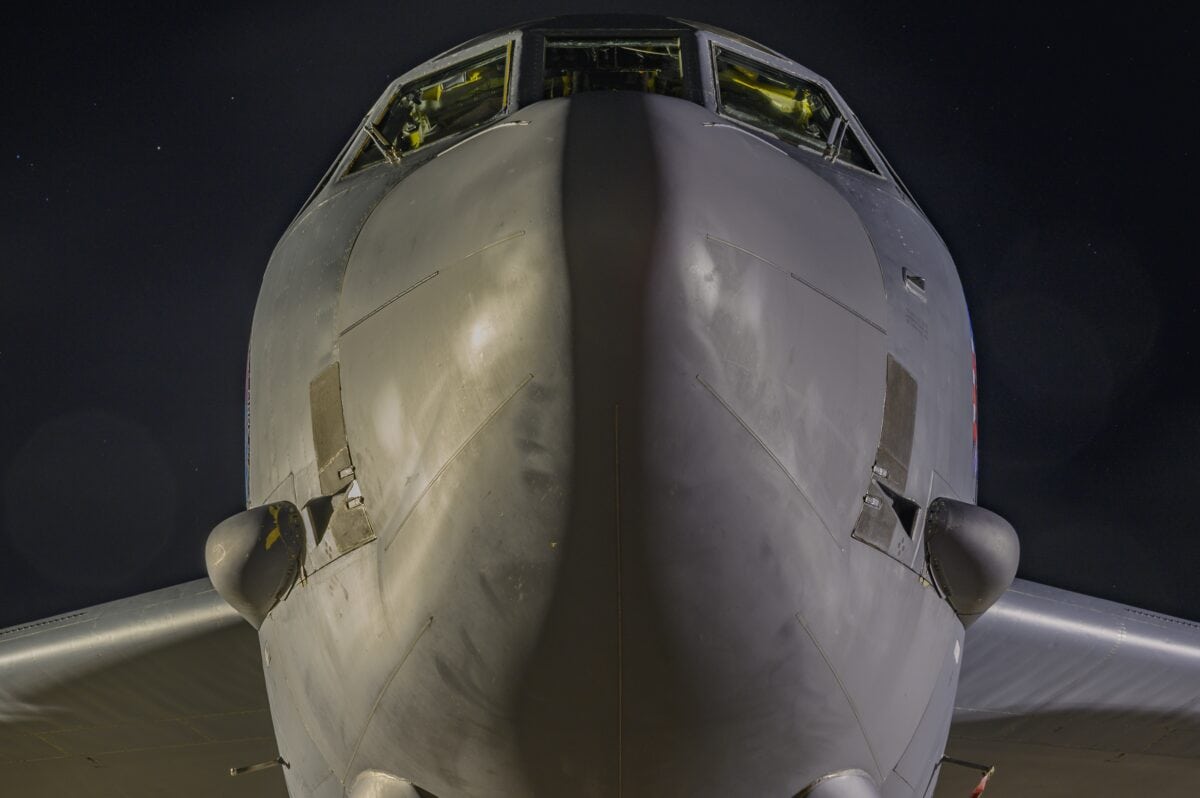 Are Hypersonics Launched from the B-52H Possible?

The Air Force wants the B-52H to launch AGM-183A hypersonic missiles from the platform. So far, these operations have been a mixed bag with successful and unsuccessful tests. The branch hopes to have a better record with firing the hypersonic missile in 2022.

What makes an aircraft last this long? It starts with a strong airframe and a platform that allows for numerous upgrades. The engines are top-notch with new ones on the way. The airplane has an extensive range. The payload is incredible. Engineers have been skilled at maintaining the various models over the decade. Thus, the B-52H is a salute to overall American defense ingenuity.

Note: This piece has been updated since publicaiton.