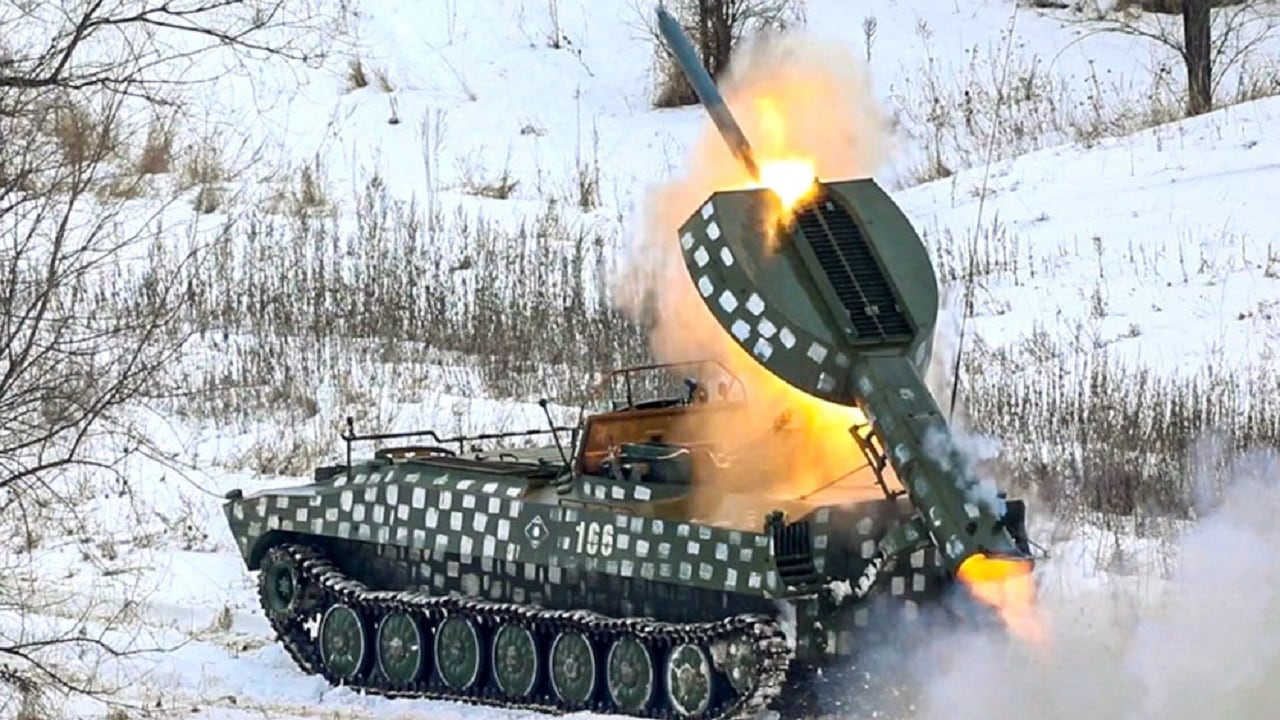 Russia’s ‘Meteorite’ Vehicles Are Rocket-Launching Cables Full of Plastic Explosives to Devastate Ukrainian Cities – On April 22, Russian forces reported capturing the city of Rubizhne. But the eastern Ukrainian city of 56,000 (before the war) located in the war-torn Luhansk oblast, has stubbornly refused to remain captured.

Russian officials and media had also reported the Rubizhne fully under their control on March 17. But the following day, the Ukrainian National Guard’s elite 4th Rapid Reaction Brigade—which had defeated Russian paratroopers massing near Kyiv on the opening day of the war—drove the separatists back.

From there on, attacks and counterattacks washed back and forth across the city, which is close to the key regional capital of Severodonetsk. Early in April, Rubizhne’s mayor, a known separatist supporter, essentially defected and had to be replaced. Shelling ruptured tanks of nitric acid, causing poisonous red clouds to steam over the city.

On April 17, April 20, and April 21st Russian officials reported the city conquest, yet the victory never seemed to stick.

A video suggests that Russian forces in Rubizhne were impeded by resistance on the campus of the RPK Poray-Koshitsy college, apparently vexed by defenders in the five-story Institute of Physics, Mathematics, and Information Technology. The building’s blackened roof and gutted windows testified to the amount of firepower it had already absorbed.

The projectile seen launching at the video’s beginning originated from a relatively innocuous-looking tracked vehicle, likely concealed behind a building. Lacking any sort of gun, it instead fired a rocket from a mushroom-shaped launcher raised from the back of the vehicle.

You can see the rocket’s motor flaring brilliantly in the video, trailing a thick white cable behind it as it lazily arcs towards and over the scorched technical institute. At the desired distance, a retractor line yanked the cable so it could drape over the other side of the building. For an entire minute after nothing seems to happen.

But at 1:30, the commander inside the vehicle pressed a button, transmitting an electronic pulse down the length of the cable—causing 1,600 pounds of PVV-7 plastic explosive strung along a 90-meter length of the line to detonate all at once—bursting the institute down the middle.

Minefields pose a deadly threat to attacking forces—but waiting for combat engineers to clear the minefield while enemy fire rains down from above and counter-attack forces mobilize can be even more lethal, and drain away any benefit from surprise and shock. The mine-clearing line charge (MICLIC), thus, was developed by several armies to accelerate the process of punching through minefields.

The Soviet-developed UR-77 Meteorite, also dubbed the “Gorynych Serpent” after a dragon from Slavic mythology, was designed to blast a 6-meter-wide lane through anti-tank minefields, allowing armored vehicles to pour through.

The launcher on a UR-77 Meteorite is loaded with two 90-meter long UPZ-77 line-capable charges, which can be projected by the launching rocket up to 500 meters away. The shockwave from the three-quarter-ton of plastic explosives inside the cable is adequate to set off anti-tank mines nearby.

The Meteorite shares a common hull with the ubiquitous 2S1 self-propelled howitzer and is typically dispatched in two-vehicle ‘engineering mobility support detachments’ (OODs in Russian) also including IMR-2 armored engineering vehicles. The OODs are farmed out to support infantry and tank battalion tactical groups assigned to seize and defend ground.

The linear charges also can be used to blast through barricades and other anti-vehicle obstacles. However, Russia has furthermore used its UR-77s to project linear charge cables directly onto enemy positions in combat, a practice dating back to the first Chechen War. This didn’t always work according to plan: in one incident near Grozny a UR-77 killed 28 Russian special forces operators in a friendly fire accident.

But in the second Chechen War, UR-77s and TOS-1 “flame-thrower” rocket artillery were extensively used to flatten and rubble-ize Chechen communities. Most infamously UR-77s swept away buildings in the encircled town Komsomolskoye in March 2000, where hundreds of Chechen fighters under rebel leader Ruslan Gelayev were holding out.

More than a decade late, UR-77s operated by Assadist forces in Syria were used to smash 90-meter swathes out of neighborhoods in Damascus, as you can see in the video below.

In 2015, when Russian troops stormed the Ukrainian-held Donetsk International Airport, they again employed UR-77s offensively, along with huge 2S4 240-millimeter mortar systems, to smash open an airport terminal Ukrainian paratroopers had held for many months.

In a true case of projection, in February 2022 Russian disinformation specialists disseminated rumors that Ukraine’s own UR-77 vehicles were being massed for an attack on separatist-held territory…shortly before Russia invaded Ukraine.

Besides the attack on the Rubizhne, a Russian video shows a UR-77 Meteorite being used offensively in the thoroughly destroyed port of Mariupol.

Video of Russian UR-77 mine-clearing line charges being used against Ukrainian positions in Mariupol. https://t.co/0MRD4nMki5 pic.twitter.com/H7joTIFBNN

On the other hand, photos and videos show at least four of Russia’s thinly-armored UR-77s have been destroyed, and another nine captured/abandoned as of April 21.

Russia had supposedly introduced a successor to the UR-77, the UR-07M based on the hull of the BMP-3 fighting vehicle, back in 2013. This has sturdier steel armor and can launch UZP-06D cable charges with a range of up to 1 kilometer, but it has not been seen in action in Ukraine to the author’s knowledge.

Russia also fields the trailer-based UR-83P MICLIC which can be carried on the back of a truck. This was transferred to Donbas separatists alongside UR-77 prior to the war. One was recorded causing a huge explosion in Marinka in July 2019.

Ukraine has UR-77s too and has used them to attack separatist entrenchments in the past.

The use of explosive devices to destroy enemy strong points dates back many centuries and is not intrinsically unethical. However, weapons that create corridors of destruction stretching nearly the length of a football field do have a high potential for collateral damage, ie. killing civilians when cables full of plastic explosives strung over the roofs of their homes are detonated.

In principle, then, the use of broad-area of effect weapons like the UR-77 or TOS-1 should be confined to places with little or preferably no civilian population nearby. Unfortunately for those still dwelling in eastern Ukrainian communities like Rubizhne, Russia’s highly destructive war leaves one little reason to believe that will be given much consideration.

Sébastien Roblin writes on the technical, historical, and political aspects of international security and conflict for publications including The National Interest, NBC News, Forbes.com, War is Boring, and 19FortyFive, where he is Defense-in-Depth editor. He holds a Master’s degree from Georgetown University and served with the Peace Corps in China. You can follow his articles on Twitter.

In this article:Mariupol, Meteorite, Russia, Ukraine, UR-77 Meteorite, War in Ukraine