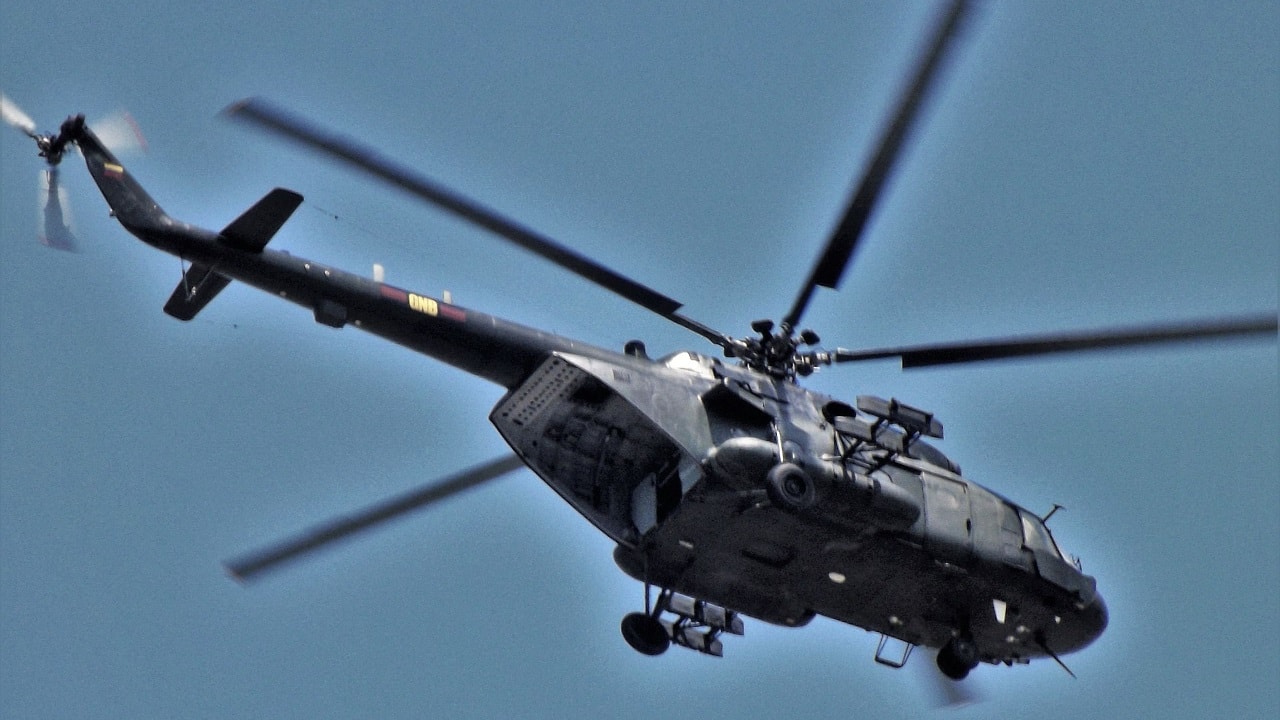 Ukraine Is Getting a New Batch of Important Military Hardware: As Russia reshuffles troops from its failed assault on Kyiv to its new main effort in the Donbas region in Eastern Ukraine, Ukrainian military units are mobilizing eastward too along interior lines of communication.

But sustaining the flow of troops, supplies, and ammunition to Donbas is fraught with difficulty due to the threat of encroaching Russian ground forces and overwatching artillery and warplanes. Ukrainian light infantry and towed artillery will also require armored “battle taxis” when deploying to a battle zone that lacks the dense forests and suburbs found around Kyiv.

Fortunately, Ukraine’s requests for heavier weapons and vehicles for operational and tactical-level mobility are being listened to. On April 8, British defense secretary Ben Wallace announced the UK was sending 120 armored troop carriers and supply vehicles to Ukraine, as detailed here.

This article surveys the transport vehicles being delivered to Ukraine, and explains how Kyiv’s forces may exploit their capabilities. Two separate companion pieces look in detail at transfers of long-range artillery, tanks, and infantry fighting vehicles.

When the government of Afghanistan fell in August 2021, the U.S. was left with Mi-17V-5 helicopters it had purchased for the now-defunct Afghan Air Force. These whirlybirds have found a new home: the Biden administration dispatched five to Ukraine in a March aid package and is sending 11 more in April.

Though some reports subsequently claimed the second transfer was canceled, according to Politico journalist Alex Ward this was inaccurate.

The Mi-17V-5 model improves on its predecessors with better high temperature/altitude capability, a torque-mitigating rotor, additional armor plates, digital flight displays and engine controls, and support for night-vision goggles. The spacious chopper can carry a maximum of 36 equipped soldiers or 5 tons of cargo, and has a maximum range of 360 miles, or twice that using external fuel tanks.

It can also be armed for ground attack with cannons or unguided rockets, or more exceptionally, anti-tank guided missiles and perhaps even laser-guided APKWS rockets given to Ukraine.

Ukraine is apparently using utility helicopters at night to ferry ammunition and supplies, and evacuate personnel from surrounded cities, particularly Mariupol, where at least one was shot down.

In April, Washington also announced it was dispatching 200 M113 APCs, a type Ukraine hasn’t operated before.

The venerable rhombus-shaped APC is iconic for its prominence in the Vietnam War, though its legacy extends far beyond that conflict. Between 1960 and 2007, a staggering 80,000 of the 13-ton workhorses were built, serving in more than 50 countries and seeing combat in dozens of wars.

The M113 can transport 11-15 embarked personnel at up to 40 miles per hour. It’s roughly 1.5-inches of aluminum armor can stop rifle-caliber bullets, and the latest M113A3 model can mount additional armor to protect against heavy machine gun rounds. However, it remains vulnerable to mines, IEDs and light anti-armor weapons. 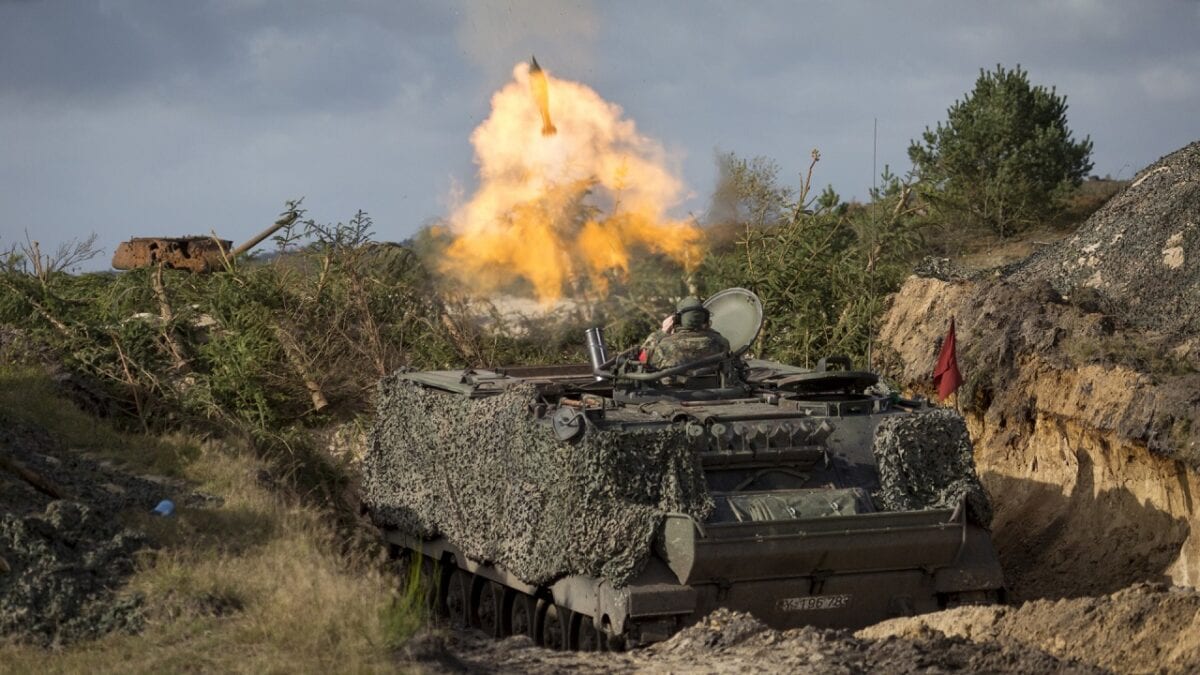 200 M113s could theoretically provide tracked transportation for 4-5 Ukrainian infantry battalions, though armed with only a .50 caliber machine gun, they would be in trouble if they encountered Russia’s cannon-armed BMP and BTR-82A infantry fighting vehicles.

However, M113s have often served as weapons carriers, so it won’t be surprising if donated M113s are modified to heft Ukrainian mortars, anti-tank missiles, autocannons or grenade launchers. M113s may also be assigned to transport combat engineers, heavy weapons teams, headquarters personnel, medical units and other specialists.

The U.S. military’s latter-day Jeep, the 4×4 High Mobility Multipurpose Wheeled Vehicle (HMMWV) has evolved considerably since entering service in the 1980s, with later models featuring enhanced armor protection in response to losses in Iraq and Afghanistan.

Ukrainian troops use Humvees in the following roles:

By mid-April, at least six Ukrainian Humvees are confirmed destroyed, with another seven Humvees and four ambulance models captured, mostly in damaged condition.

However, armored Humvees have proven tough, with one video showing non-penetrating allegedly 14.5-millimeter round impacts to its windows and hull.

Based on Ukrainian records.

Since production began in 1951, the four-wheel-drive Toyota Land Cruiser has been popular with military, humanitarian and insurgent operators due to its combination of durability, reliability and off-road capability.

🇺🇸🇺🇦 The U.S. Embassy in #Ukraine has officially delivered a batch of specialized vehicles on #Toyota Land Cruiser 70 vehicle chassis to the Ukrainian Armed Forceshttps://t.co/qrdhP9Nf1t pic.twitter.com/DL7R2e0Uwj

Much of Ukraine’s Land Cruiser fleet is dedicated to medical evacuation duties, but at least 18 mount TSI electronic warfare systems.

On April 8 the first three of 20 Bushmaster infantry mobility vehicles took off for Ukraine from Australia. These 12.5-ton vehicles, built by and for the ‘land down under’, can carry 9-10 passengers, feature a mine-resistant V-shaped hull, and can mount a medium machine gun.

Ukraine is receiving troop carriers Bushmasters and at least two ambulance variants. All have been repainted green and fitted with bolt-on armor for protection against medium machine guns. Bushmasters could serve as decent ‘battle taxis” delivering troops to staging areas on the frontline.

The Spanish Army has also transferred at least one of its ten 4×4 RG-31 Mark 5E Nyala mine-resistant vehicles to Ukraine configured to serve as an armored ambulance.

German arms manufacturers FFG, KMW and Rheinmetall are awaiting permission to sell retired armored support vehicles to Ukraine. However, Chancellor Scholz has remained reluctant to approve them, fearing escalation with Russia and shortfalls in reserve equipment for the Bundeswehr. Ukraine would have to buy these items too.

The support vehicles, all based on the Leopard 1 tank, include: