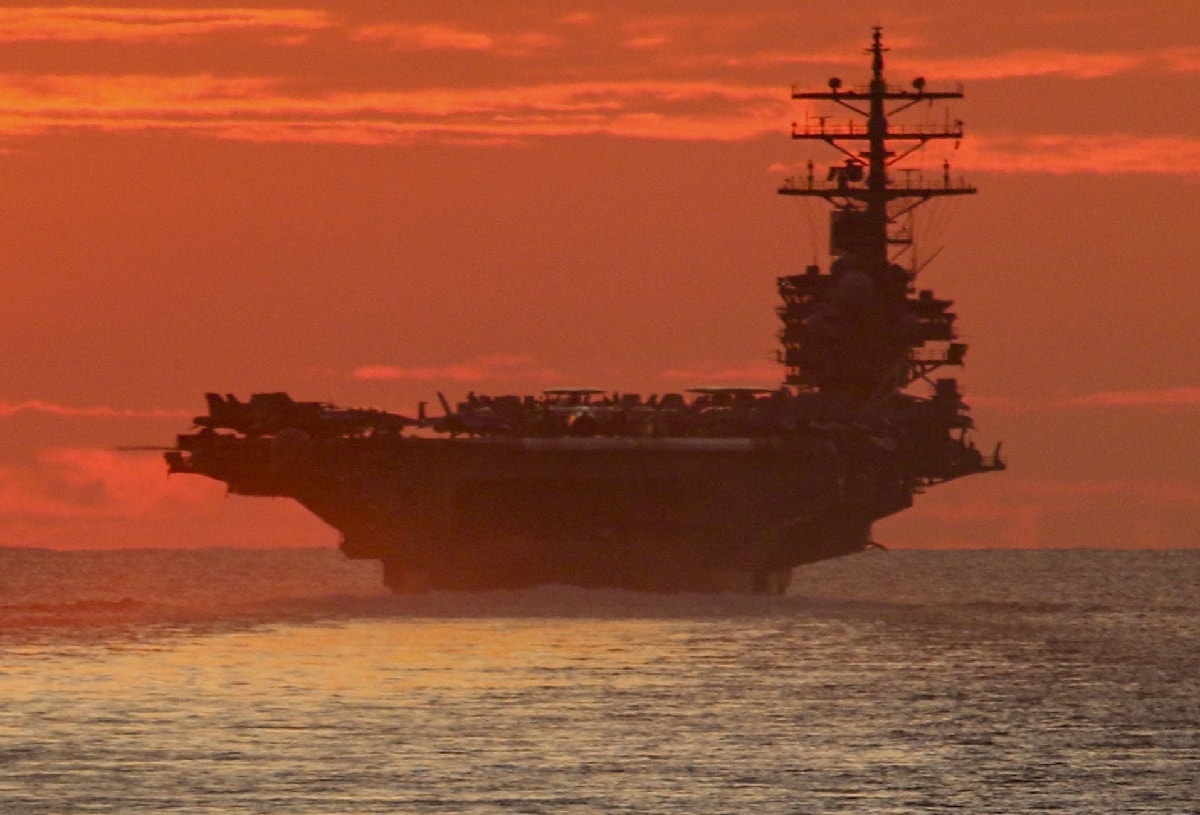 China wants to make sure it can kill an aircraft carrier: This week, it was announced that the U.S. Air Force and Lockheed Martin had successfully conducted a hypersonic-boosted flight test of the AGM-183A Air-launched Rapid Response Weapon (ARRW) from the service’s B-52H Stratofortress. Hypersonic weapons can provide a rapid response, time-critical capability to overcome distance in contested environments using high speed, altitude, and maneuverability.

The United States has not been alone in working to develop such weapons, and Russia has already successfully tested its 3M22 Tsirkon (Zircon), a scramjet-powered maneuvering anti-ship hypersonic cruise missile. It officially entered service earlier this year.

China’s hypersonic anti-ship ballistic missiles (ASBMs) have already been seen as an increasingly dangerous threat to U.S. warships in the Pacific. Yet, China isn’t just developing a hypersonic weapon; it is already conducting exercises in how such a weapon could be employed in a future conflict.

According to a report from the Asia Times, the People’s Liberation Army (PLA) has been practicing hypersonic missile assaults on U.S. warships and bases. Recent satellite photos, which were released by the U.S. Naval Institute earlier this week, show that the PLA has created mock targets at a test range in Xinjiang’s Taklamakan Desert. The targets include simulated warships, including aircraft carriers, destroyers, and even a mock-up U.S. naval base. Among the newest targets that have been seen were a destroyer and a pier mock-up that was reportedly built in December of last year.

That target range is located approximately 13 kilometers southeast from an aircraft carrier target that was created last year. The notional base was apparently destroyed in a recent missile attack and then quickly dismantled.

Yet, another target – also simulating a pier and warships – located 310 kilometers to the southwest of the original aircraft carrier target, has also been spotted via satellite images. That particular facility was believed to have been built in December 2018 and had only been discovered recently. It reportedly shows a high degree of complexity, with the ship and pier targets being made out of different materials.

The simulated warship is made of sheet metal, indicating that it could provide radar and infrared signatures. That further suggested that China’s targeting capabilities could utilize radar and infrared guidance systems and even a sophisticated artificial intelligence (AI) to possibly overcome any countermeasures; while it could also help distinguish key targets in congested sea lanes and littoral waters.

The PLA’s mock attacks on U.S. Navy vessels aren’t all that new. China had used the site in the desert to test early versions of its so-called carrier killer DF-21D anti-ship ballistic missile in 2013. During those tests, the PLA claimed it had “successfully sunk” a carrier in a war game.

China has conducted the testing of anti-ship weapons since at least 2003, when it first constructed a large concrete pad that was roughly the size of a carrier at another site. That slab, which is part of the Shuangchengzi missile test range, has reportedly been used in missile tests many times and it has been frequently repaired. The new site in the Taklamakan desert is 600 miles away but has been seen as much more evolved. The newer ship targets are closer approximations of the vessels that they are supposed to represent – and the PLA is clearly working to ensure that it can strike with deadly precision.

In this article:Aircraft Carrier, Anti-Ship Missile, China, Navy, US Navy