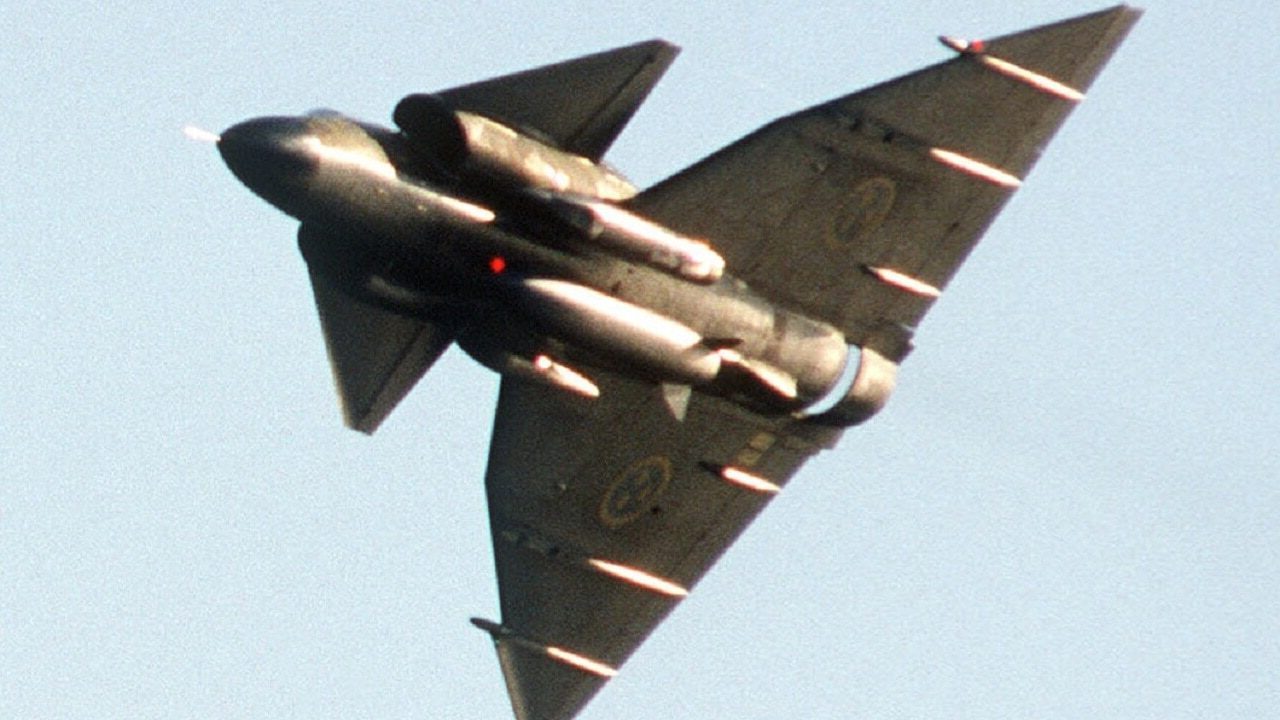 An underside view of a Swedish Saab 37 Viggen fighter aircraft during Exercise BALTOPS '85.

In a 19FortyFive article I wrote today on the subject of the legendary Finnish sniper Simo Häyhä, I made a note of the fact that Finland’s pending entry into NATO is prompting much wailing and gnashing of teeth on the part of beleaguered Russian President Vladimir Putin. An equal degree of discombobulation is being inflicted upon Comrade Vlad by the pending NATO entry of Finland’s Scandinavian brother country of Sweden. While Sweden hasn’t participated in an officially declared war since the Swedish-Norwegian War of 1814, that Nordic nation has nonetheless continued to produce highly capable armed forces with highly capable weapons systems … such as the Saab 37 Viggen fighter plane.

The Vavoom of the Viggen

The moniker Viggen has a double meaning in Swedish, deriving from both åskvigg—“thunderbolt”—and “vigg,” the Swedes’ word for “tufted duck,” in reference to its canard configuration as canard is French for “duck.” (No, there’s no indication that either one of these was the inspiration for actor Viggo Mortensen’s name.) However, unlike Daffy, Disney’s Donald, or the lovable mascot of the AFLAC commercials, this Swedish Air Force duck was downright deadly.

Making her maiden flight in February 1967, the fighter officially entered Swedish Air Force service in 1971. It was, as noted by 19FortyFive Senior Editor Peter Suciu, “the first canard-designed aircraft to be mass-produced, and at its introduction, it was also the most advanced fighter jet in Europe and remained so until the Panavia Tornado entered service in 1981…The Saab 37 had the distinction of being the first aircraft to feature both an afterburner and thrust-reverser – a feature later seen in the Tornado and the Concorde commercial airliner.”

Sweden’s strict policy of neutrality – remember, they’re only now seriously contemplating joining NATO – notwithstanding, the nation’s military and political leaders were nonetheless properly prepared for a possible war with the USSR during the heady days of the Cold War, and the Viggen was a part & parcel of that preparation.

“From my altitude of 8.000m I accelerated to Mach 1.35 then pulled up, very gently, continuing to accelerate to between Mach 1.7 and Mach 2.0, topping out at between 18.500 and 20.000m. All the target data was on my map display, including radar detection of the target at maximum range, which then locked on immediately afterwards. I simulated missile launches – the closing velocity was very high, between Mach 4.5 and 5.0; the SR-71 was flying at Mach 2.98 and 21.500m…I had visual contact…In total I have five hot intercepts against the SR-71 to my credit. All can be described as successful. I was visual three times; on a couple of occasions the SR-71 was contrailing, which was very useful because you could do a visual check to ensure you ended up in the right spot!”

Luckily for the sake of US-Swedish relations, Col. Eldh never actually opened fire! In 1987, an SR-71 veered off-course into Swedish airspace and descended dramatically due to a ruptured engine. In this instance, the Saab 37 pilots provided the beleaguered Blackbird pilot a protective escort until it safely departed Swedish airspace. That mission wouldn’t be declassified until 30 years later, in 2017, leading to awarding of the U.S. Air Medal to the Swedish pilots the following year.

Swan Song for the Canard

The Viggen was retired in 2005, replaced by Saab’s JAS 39 Gripen. Out of the 329 specimens built, fewer than 20 survive today, mostly in foreign aviation and military museums, but the number is sufficient to ensure that the plane will not be forgotten. 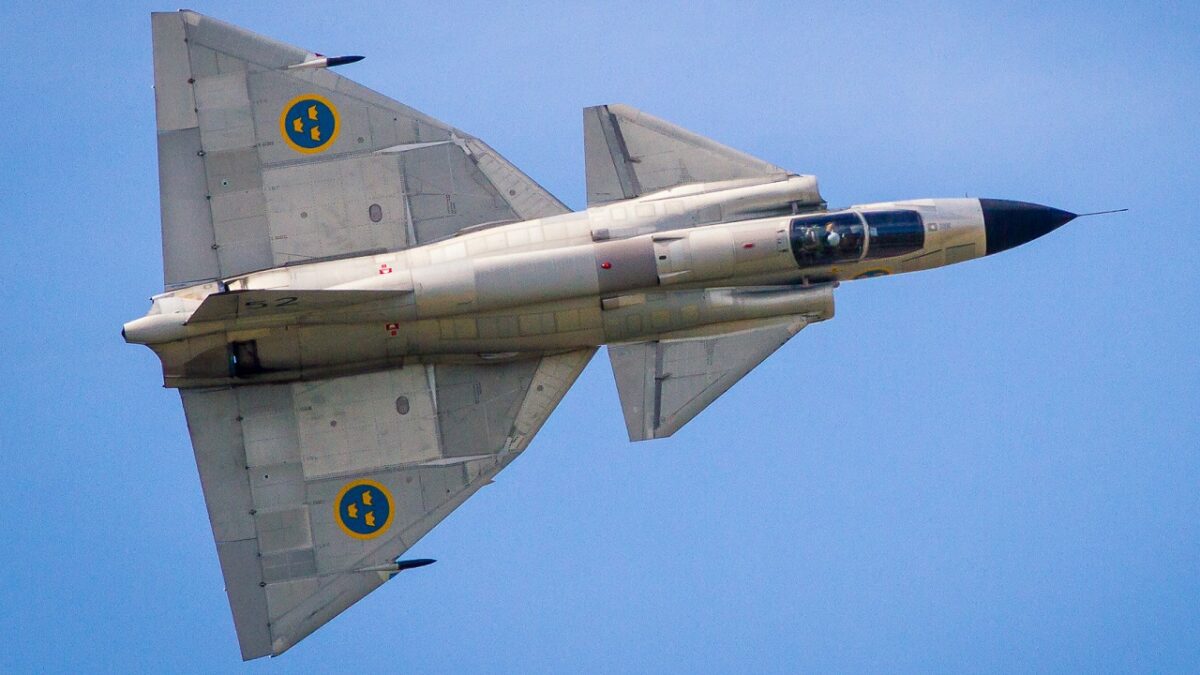 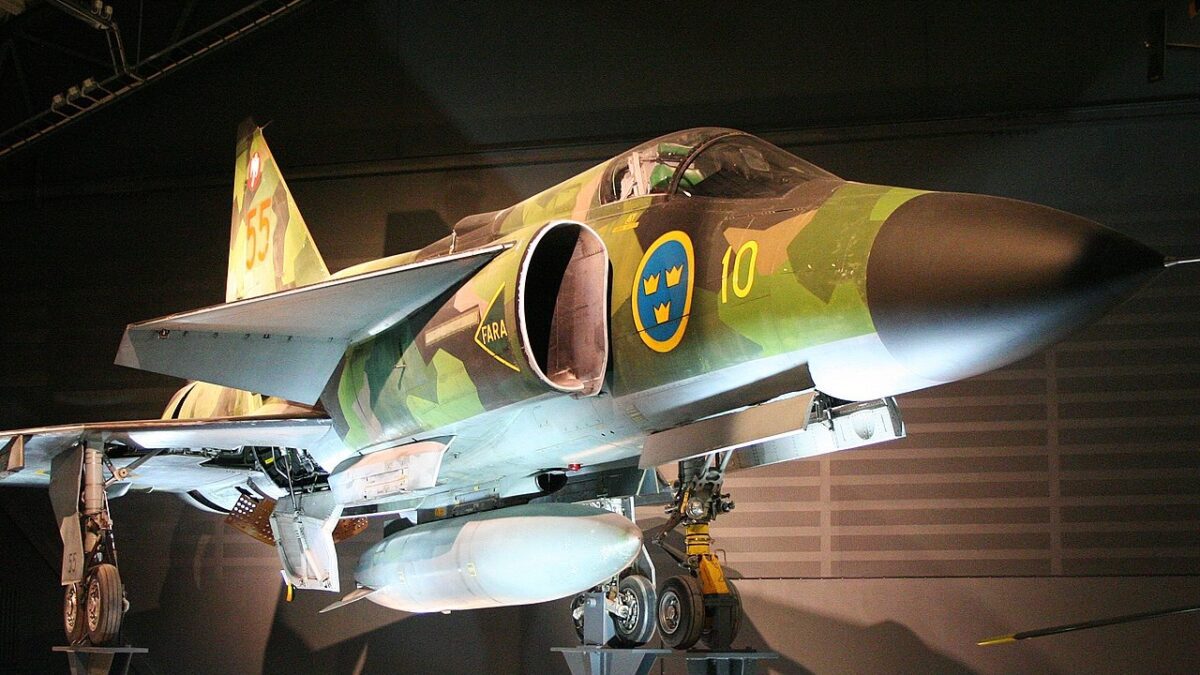 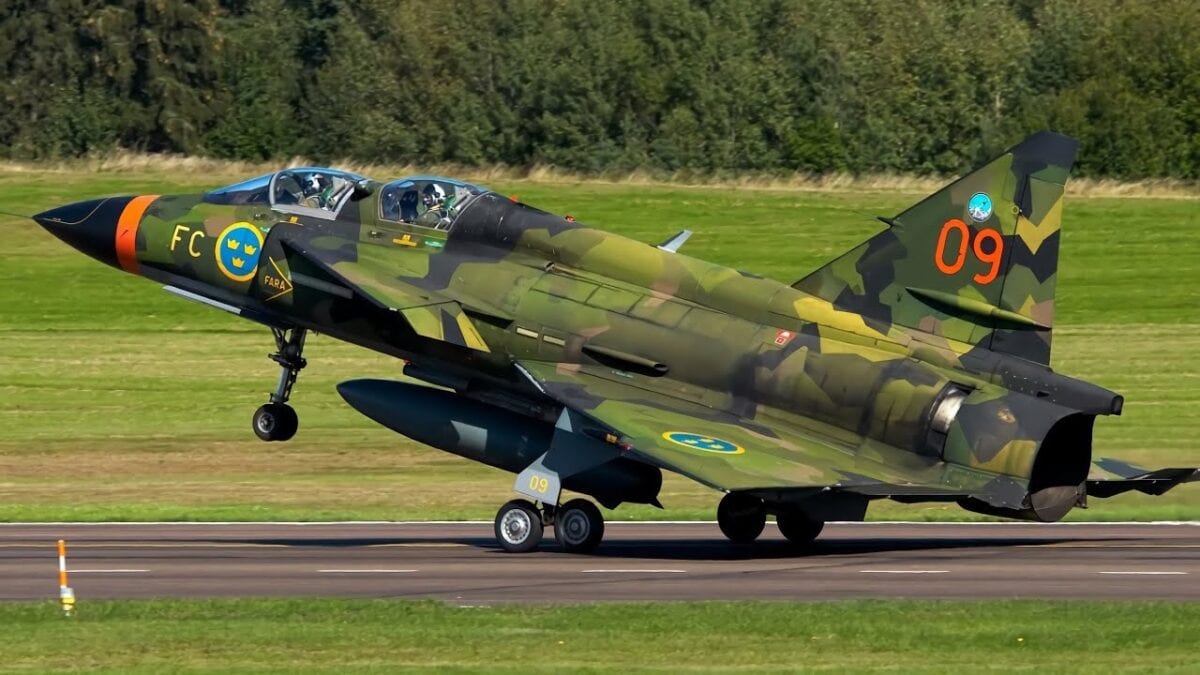 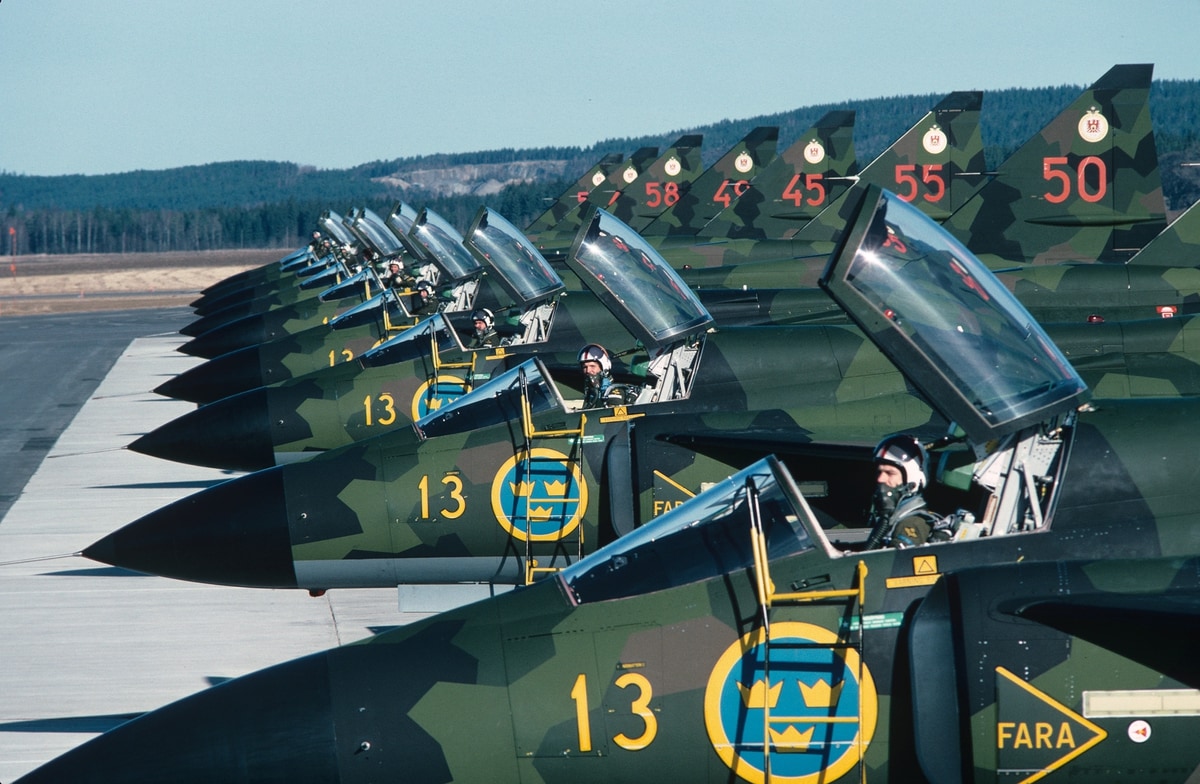