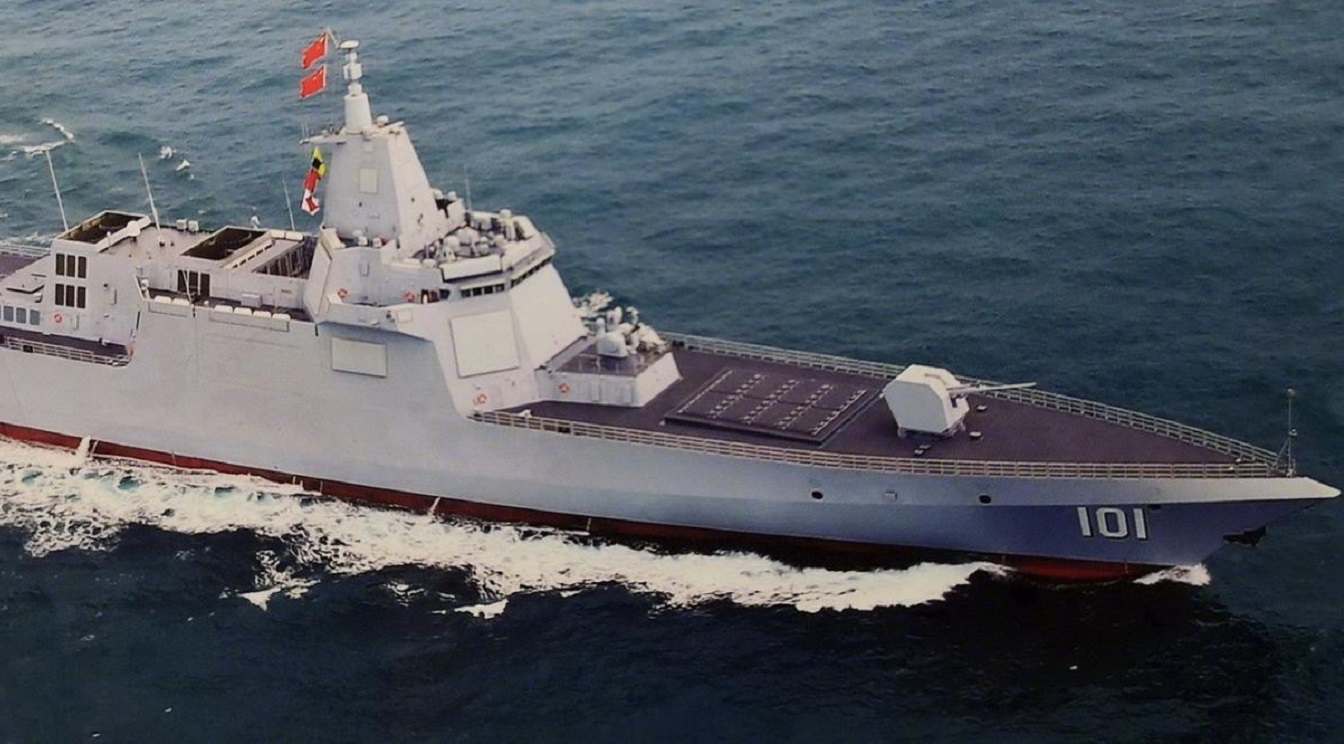 Thirty years ago, China’s military was mostly an afterthought. Its armed forces had not fought in a shooting war since 1979 in an abbreviated but bloody one-month intervention against Vietnam. Army conscripts either refused to serve or paid someone else to muster for them. Pilots did not fly at night or in bad weather. The navy had no mission except for homeland defense.

1992 Was a Turning Point for China’s Navy

But something changed in 1992. The ever forward-thinking Chinese created a new naval strategy. China said it would take possession of various islands, rocks, and reefs it had territorial claims on. It devised offshore energy projects and boasted that it would use naval force as necessary to protect these holdings. And China was negotiating with the Ukrainians to buy an old Soviet aircraft carrier.

Flash forward to 2022 and now China has two functioning aircraft carriers deployed near Taiwan with a new third carrier already launched. It has the largest navy in the world with at least 355 ships – a force that gets bigger every few months. This fleet is 55 percent larger than in 2005. The Pentagon believes it may have 420 ships by 2026. This would include a whopping 110 Chinese submarines, many with nuclear-tipped missiles. And it could have six carriers by 2040.

Nick Childs, senior fellow for naval forces at the British International Institute for Strategic Studies told National Defense magazine, “To put it in perspective, during a recent four-year period the naval vessels that Chinese shipyards produced were roughly equivalent in tonnage to the entire U.K. Royal Navy or the Japanese Maritime Self-Defense Force.”

China arguably has the world’s best shipbuilding industry. The country is expanding its main Jiangnan Shipyard in Shanghai to build even more ships and submarines with several dry docks for maintenance. China also has hopes to expand naval shipping facilities to far-flung parts of the ocean. This year the country signed an agreement with the Solomon Islands in a security pact that could result in a new port for the PLAN. New Zealand and Australia are worrying about this possibility.

Diversity of a Modern Fleet

This is a stout Chinese armada that includes all the accoutrements of a modern surface fleet. There are submarines, anti-submarine chasers, amphibious warfare vessels, missile frigates and destroyers with new anti-ship and anti-aircraft missiles, not to mention “carrier killing” missile launchers on shore.

It used to be a “brown water” close-to-shore regional navy. Now it has global “blue water” ambitions. In May, China sailed a new frigate and destroyer off the shores of Somalia showing naval watchers that the People’s Liberation Army Navy had arrived as a worldwide force.

Stay Out of Our Neighborhood

It has exhibited the operational art of keeping other navies, including the United States, from navigating freely in the East and South China Sea. This is a stratagem called anti-access / area denial that the Chinese have executed thoroughly over the years. China sometimes sails its ships dangerously close to American ships as a warning to stay out of the neighborhood.

No American Agreement on What to Do Next

Meanwhile, there is a consensus in the United States among the White House, the Pentagon, Congress, and defense analysts that the Chinese navy should be taken seriously. But the various organs of the U.S. government do not agree on how to conduct a U.S. naval buildup to answer the Chinese. Should it retire and sell the Littoral Combat Ship, for example, to allies and re-invest that money elsewhere? Should it build another super carrier or hold off and spend that money for existing carrier maintenance? Can the navy’s old air defense standby the AEGIS combat system track and destroy incoming Chinese ship-killing missiles?

Although Americans Are Getting Better Too

To be sure, the U.S. Navy may not be building many ships, but it is investing in better air defense missiles, new naval stand-off missiles, and working on hypersonic weapons for the maritime forces. Its carrier operations have been finely tuned and optimized after serving the war on terror. But will that be enough to maintain an edge?

Who Wins or Who Loses? It’s Not Clear

I once spoke to a naval officer when I worked in Congress who spent his career in the Indo-Pacific. He said he was confident that in a war, the U.S. Navy would “roll up and destroy” all the Chinese warships in the first island chain. Alternatively, I also received a briefing from a think tank that said all U.S. ships in the first island chain would be lost to the Chinese. Which scenario is correct?

Likely somewhere in the middle, but it is clear that the PLAN is growing and has surpassed the point of being dangerous. The PLAN may have already taken first place in the global navy stakes. If the Americans still have the upper hand, China has certainly closed the gap in the last 30 years. Look back to 1992 as a turning point for the Chinese navy. Its government definitely was prescient to foresee a bright future for its navy three decades ago.