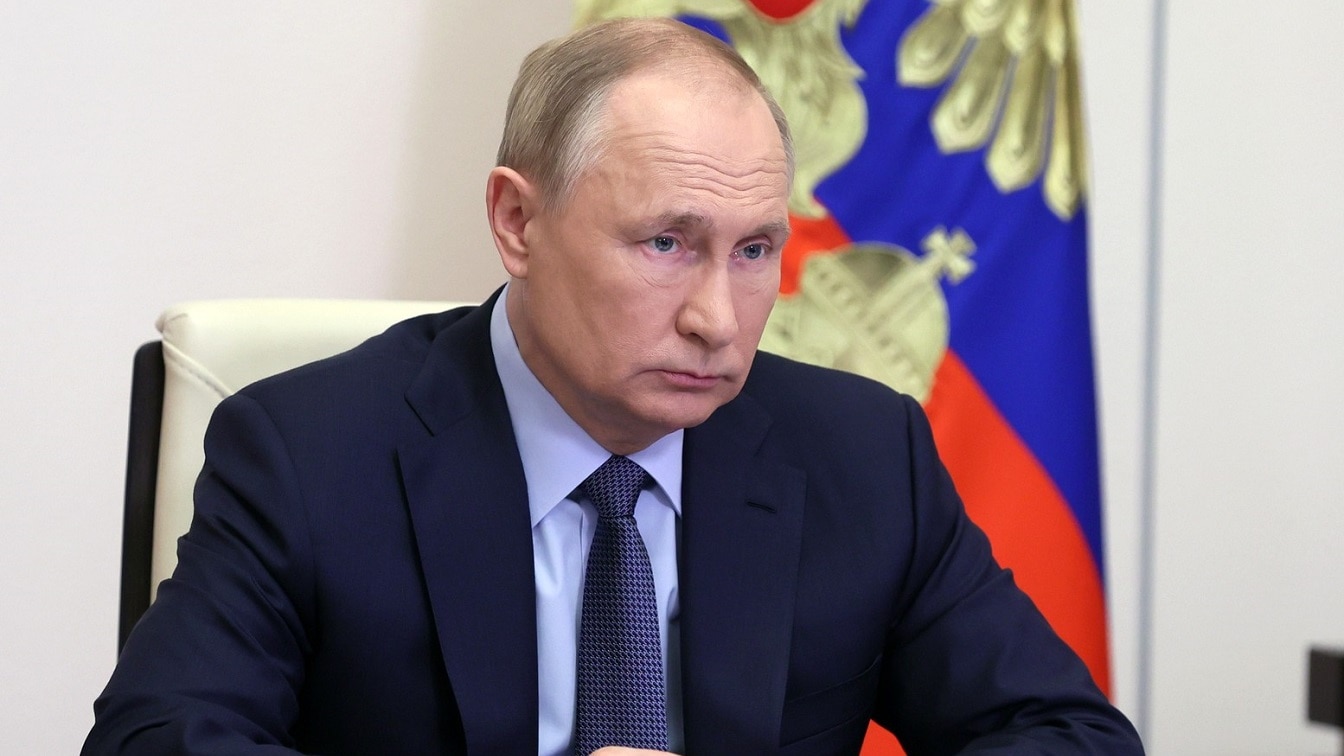 Russian President Putin During the meeting on developing genetic technologies in the Russian Federation (via videoconference).

“Vladimir Putin has never faced a serious challenge to his power,” Amy Knight, an expert on Russian history and politics, wrote in the Washington Post. “But his disastrous war in Ukraine could change that.”

Regardless, the likelihood of an external, popular uprising-style coup, which removes Putin from power, remains low.

Putin still enjoys favorable support amongst his constituents. Actually, that Putin still enjoys the support of his people, irrespective of his performance, is not a coincidence but a design characteristic of Putin’s government; “Most Russians have minimal access to information outside of state-controlled propaganda,” Knight wrote, “and anyone who dares to take to the streets faces draconian punishments.”

For example, over 4,5000 antiwar protesters were arrested across Russia last March, in the earliest days of the Ukraine invasion. Understandably, Russians face a strong disincentive to publicly oppose their government.

Rather, the most likely source of a putsch to overthrow Putin would be from within the Kremlin.

“There have been two successful coups d’etat since the Bolsheviks seized power in 1917,” Knight wrote, “the overthrow of Stalin’s dreaded secret police chief Lavrenti Beria in June 1953 and the ouster of Communist Party First Secretary Nikita Kruschev in October 1964 … in both cases, the support of the security services and the Soviet military were crucial to [the coup’s] success.”

Both coups were dangerous operations. The Beria coup, although successful, was especially perilous as Beria controlled the Ministry of Internal Affairs (MVD), which “combined both the regular police and the security services.” The coup orchestrators leaned on Soviet military leaders to arrest Beria. Then, to subdue MVD officers, the coup orchestrators promised promotions to Beria’s deputies who had the capacity to mobilize the MVD in defense of Beria. The operation could have easily gone sideways.

The Kruschev coup, similarly, had the capacity to go sideways – but the active involvement of the KGB convinced Kruschev to go quietly, leading to a peaceful transfer of power.

To Pull off a Coup

“Efforts to depose Putin would require either active or passive support from three key organizations,” Knight wrote. “The military, the FSB (successor to the KGB) and the National Guard (“Rosgvardiya”). That these three groups would support a scheme to remove Putin from power seems unlikely. “Putin has firm allies in place in all of these institutions.”

In the military, Putin is close with Defense Minister Sergei Shoigu – the two men have worked closely together for years, and have even vacationed together in Shoigu’s native Siberia. In the FSB, Putin is the “direct protege” of FSB Chief Aleksandr Bortnikov, who belongs to “Putin’s Leningrad/St. Petersburg clan of former KGB officers.” In the Russian National Guard, Putin is especially close with Viktor Zolotov – the two men have known each other for thirty years. Zolotov spent thirteen years working as Putin’s bodyguard; when Putin formed the National Guard in 2016, he made Zolotov the inaugural chief.

“Although Putin seems to have his bases covered,” wrote Knight, “the fates of Beria and Kruschev have shown that loyalties can shift when the Kremlin is in crisis.” However, a coup against Putin would be more difficult than those successfully executed against Beria and Kruschev. “One thing seems certain,” Knight wrote, “any coup attempt against Putin would probably be the most perilous, high-risk operation in Kremlin history.”

Any form of instability within the Russian government is deeply concerning to the outside world; Russia possesses the world’s largest stockpile of nuclear weapons. Accountability of each of Russia’s several thousand nuclear warheads could be potentially disrupted if a coup were executed.

In this article:Coup, Putin, Russia, Ukraine, War in Ukraine