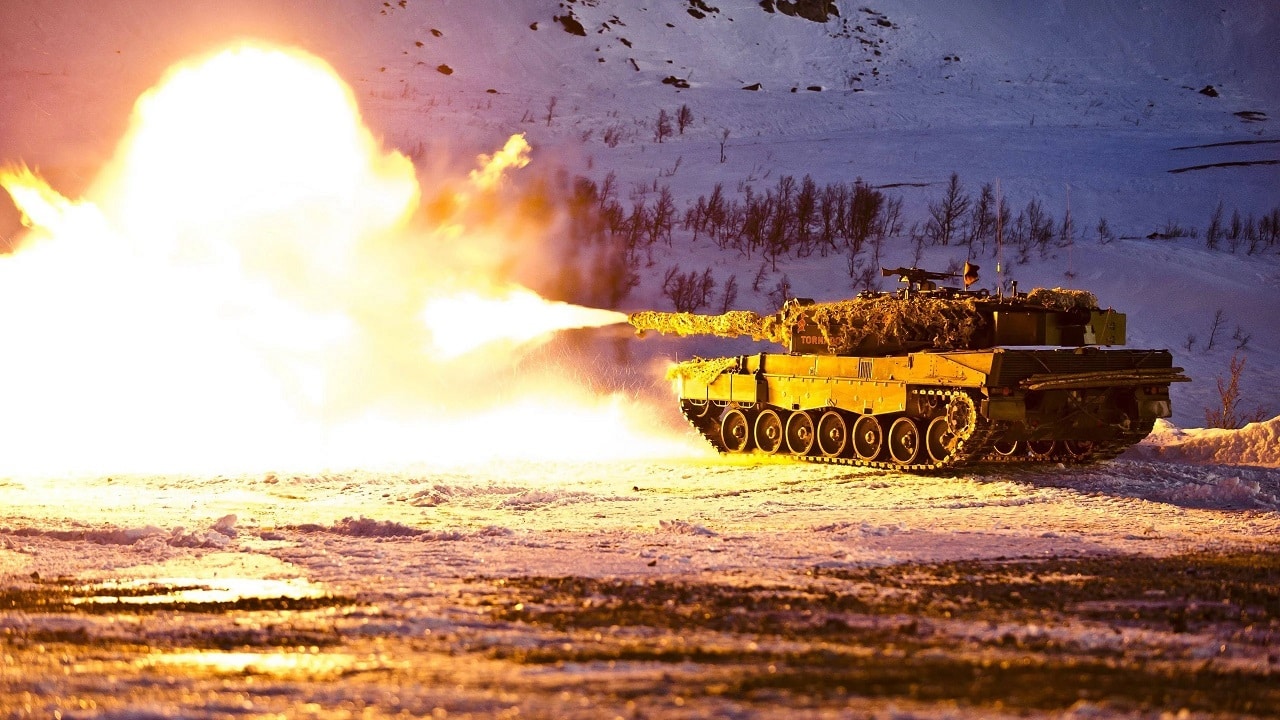 It’s Happening – Germany Will Send Leopard 2 MBTs to Ukraine – It likely isn’t the end, nor is it even the beginning of the end, but this could be the moment that future historians could describe – to paraphrase Winston Churchill – that it is the end of the beginning.

German Chancellor Olaf Scholz on Tuesday gave the green light for Poland and other partners to supply the German-made Leopard 2 main battle tank (MBT) to Ukraine – while he also confirmed that 14 tanks, a company’s worth, will be provided by the Bundeswehr to aid Kyiv.

“Today the Chancellor made a decision that no one took lightly. The fact that Germany will support Ukraine with the Leopard tank is a strong sign of solidarity,” Christian Duerr, parliamentary leader of the co-governing Free Democrats (FDP) was quoted as saying by the t-online news portal.

A coalition of a dozen countries has pledged to send 100 Leopard 2s, and that likely doesn’t include the 14 from Germany.

Considered among the best MBTs in service today, the Leopard 2 could be a game changer for Kyiv according to some military experts – especially as the tank was initially developed to go head-to-head against the best that the Soviet Union and Warsaw Pact could offer.

Now it will have a chance to do the job it was designed for, naming destroying tanks like the T-72, which remains the workhorse of the Russian military.

“This decision follows our well-known line of supporting Ukraine to the best of our ability,” German Chancellor Olaf Scholz said at a Cabinet meeting in Berlin.

The hashtag #LeopardsAreFree was also trending on social media on Wednesday morning.

Some 100 tanks won’t be enough to win the war, but the Leopard 2 is among the other military vehicles that have been pledged to Ukraine.

The first batch of Leopard 2s could arrive in Ukraine as early as April. However, one issue is that it will take time to train Ukrainian forces on all the various platforms.

“There is no such thing as a ‘game changer’ or ‘silver bullet.’ Ukrainian victory will be built by the cumulative effect of upgraded equipment across the board and increased training,” Mark Cancian, a retired U.S. military officer at the Center for Strategic and International Studies, told Newsweek.

Yet, the vehicles also show a commitment by the West to ensure that Ukraine continues to receive the weapons its needs not only to hold its own, but to drive back Russia.

That might be enough to convince the Kremlin it is time to consider accepting Ukraine’s terms rather than continuing to call upon Kyiv to accept Moscow’s demands.

The Leopard 2 isn’t the only Western MBT that will head to Ukraine.

As noted, the British Army will send a dozen Challenger 2s, while the United States is expected to announce that it will send the M1 Abrams.