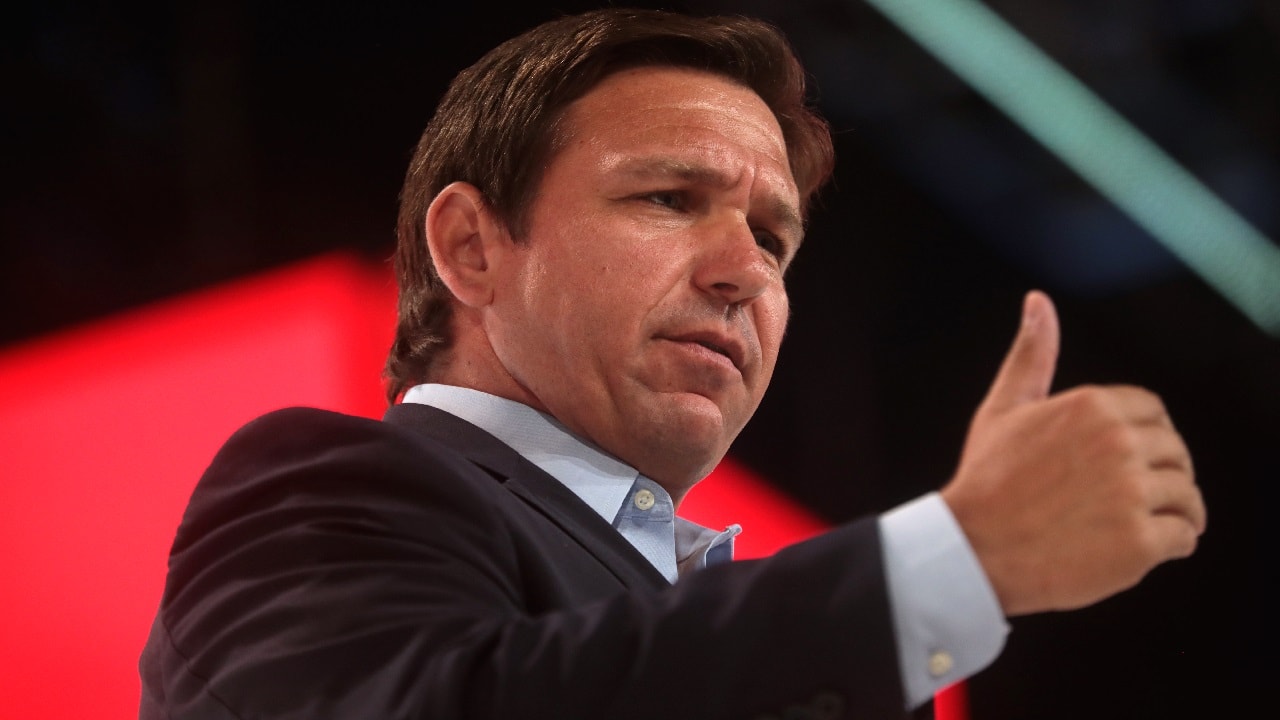 It turns out that Florida Gov. Ron DeSantis was once again right to take a stand against woke ideology when he banned a course ostensibly devoted to African American studies.

The White House—and NPR liberals shilling for it on the public dime—slammed him for it, but the course was indeed more Marxism masquerading as ethnic studies.

“It is incomprehensible to see that this is what this ban—or this block, to be more specific—that DeSantis has put forward. If you think about the study of black Americans, that is what he wants to block,” said a very irate Karine Jean-Pierre, the White House spokesperson, who often struggles at the podium.

But again, Jean-Pierre seemed to be confused.

They learn about freedom movements, slavery, Reconstruction, and Jim Crow laws, all as part of state requirements for schools to teach African American history.

There’s an African American History Task Force managed by the state commissioner of education, with recognition for school districts that do an exemplary job teaching the subject.

What Florida schools don’t teach, however, is communism.

Or at least that’s what DeSantis wants to guard against, in his latest effort to make sure districts in the Sunshine State are engaged in education, not indoctrination.

DeSantis has just rejected a pilot Advanced Placement African American history class designed by the College Board (the folks who brought you Common Core), putting significant pressure on the College Board to rethink its approach to the course, as first reported by Stanley Kurtz at National Review.

The pilot program seeks to have students read the pearls of wisdom that come from the likes of radical communist Angela Davis who, as a Black Panther, was on the FBI’s most wanted list, and later ran as vice president on the U.S. Communist Party ticket.

Also included is the late radical feminist Gloria Jean Watkins (who went by the pen name “bell hooks”), also a Marxist, and readings on “black queer studies,” which teach students to use a “black studies lens that shifts sexuality studies towards racial analysis.”

Also included in the course’s instructional focus are “the origins, mission, and global influence of the Black Lives Movement and the Movement for Black Lives,” two intraconnected groups put together by the Marxist Alicia Garza. (“We helped to also pull together an ecosystem that was much broader than the organization that we founded, and that ecosystem is called the Movement for Black Lives, and it is taking the world by storm,” she told MTV in 2020.)

Indeed, one has to wonder how the College Board thought it was going to get this course past the governor, who says that “Florida is where woke goes to die.”

As Education Commissioner Manny Diaz Jr. put it, “We proudly require the teaching of African American history. We do not accept woke indoctrination masquerading as education.”

The DeSantis administration is right to request changes to the College Board’s pilot program before it can be implemented. For that matter, the administration has said it will consider allowing the course to move forward with adjustments. But as the course currently stands, it is “inexplicably contrary to Florida law and significantly lacks educational value,” the Florida Department of Education writes, not mincing words.

As taxpayer-funded institutions, schools fall under the purview of state Department of Education authority and are ultimately answerable to parents. DeSantis is correct in reviewing content that some worry “pits Americans against America.”

Governors and state education agencies across the country should take note. As of late, the DeSantis administration has been putting on a master class in how to keep schools focused on the basics, ensuring they are educating—rather than indoctrinating—students, and loosening the grip the Left has had on education for decades.

From the Stop WOKE Act prohibiting public school districts and colleges from hiring critical race theory consultants and prohibiting the application of CRT to the Parental Rights in Education Act putting parents in the driver’s seat on sensitive topics such as sexual orientation and gender identity to requiring colleges to document the growth in “diversity, equity, and inclusion” bureaucracy and clamping down on teachers union power, the DeSantis administration is righting the ship in Florida’s classrooms.

Coupled with a commitment to expanding private school choice so all families can select schools that align with their values, DeSantis is making sure schools are responsible to families first and foremost.

Lindsey M. Burke is director of The Heritage Foundation’s Center for Education Policy and Mark A. Kolokotrones fellow in education.

Mike Gonzalez, a senior fellow at The Heritage Foundation, is a widely experienced international correspondent, commentator, and editor who has reported from Asia, Europe, and Latin America. He served in the George W. Bush administration, first at the Securities and Exchange Commission and then at the State Department, and is the author of the book “BLM: The Making of a New Marxist Revolution.”

Lindsey M. Burke is director of The Heritage Foundation’s Center for Education Policy and Mark A. Kolokotrones fellow in education. Mike Gonzalez, a senior fellow at The Heritage Foundation, is a widely experienced international correspondent, commentator, and editor who has reported from Asia, Europe, and Latin America. He served in the George W. Bush administration, first at the Securities and Exchange Commission and then at the State Department, and is the author of the book "BLM: The Making of a New Marxist Revolution."