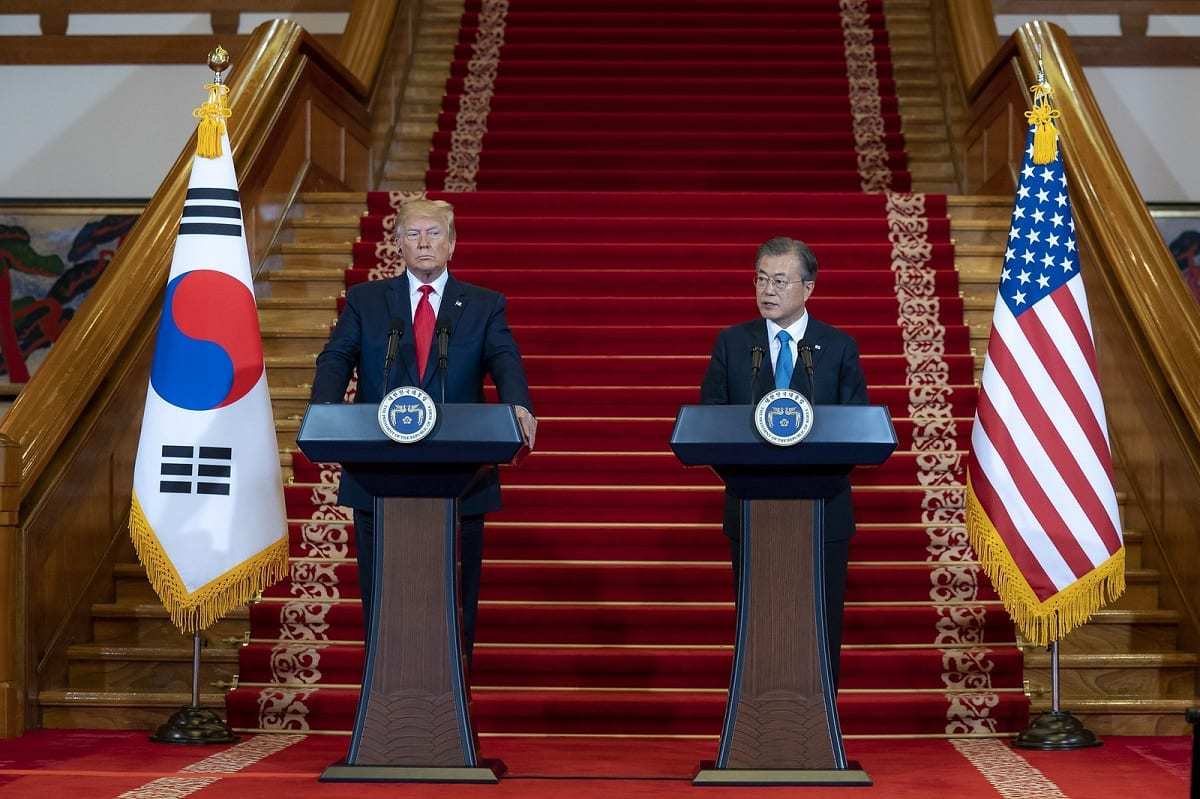 One thing I am blessed to do in my position as a Korean Studies Director at the Center for the National Interest is field interviews by amazing journalists in Seoul and around the world who want to know more about how U.S. politics impact the Korean Peninsula. While clearly I am no U.S. politics expert, I do like to discuss how a change in presidents can and will impact South Korea, China, and other nations I have some expertise on.

Here is a recent interview I did considering how Joe Biden or Donald Trump would impact all things Korea:

How do you expect the North Korean nuclear issue to develop? Do you believe North Korea’s denuclearization is feasible in the event of a Trump reelection?

North Korea will not give up its nuclear weapons for the foreseeable future—not to Donald Trump, to Joe Biden, or anyone. Period.

However, if Donald Trump is reelected, I do think there is a better chance at creating the conditions for peaceful coexistence with a nuclear North Korea while keeping denuclearization as the long-term goal, even if it is aspirational in nature. Trump has a solid working relationship with Chairman Kim, that while strange on the surface, has proven to deliver results, specifically a halt of the DPRK’s nuclear weapons and ICBM testing. While many hawks in Washington think that is not enough, it was ICBM and nuclear tests that sketched out a path to war back in 2017, and anything that can ensure Kim halts such tests is important. Most importantly, Kim does not have a reliable nuclear deterrent that can with great confidence hit the U.S. homeland, that is something Trump should get credit for.

If Biden were to win, it seems clear to me there is little to no chance at even arms control with North Korea, let alone denuclearization. A Biden win would set up at least a multi-month pause on anything Korea related as Biden prepares to take power and then begins a two to three-month policy review of his overall foreign policy strategy worldwide. That would put the ball in Kim’s court to make the first move in any sort of impression he wants to make on Team Biden—whether that is an outreach towards good relations or to come out of the gate and test ICBMs to show strength when North Korea has been weakened by sanctions, COVID-19 fears, typhoons and more. My gut tells me Kim would feel a lot of pressure to raise the stakes, meaning Biden would do the same—and would be back to the same old pressure for pressure crisis we always see every few years, and that could be quite dangerous.

Currently, South Korea is under pressure to pick a side in the power struggle between the United States and China. Do you think a Biden administration will follow the same path that President Trump did? Should Trump win reelection, would South Korea face more pressure to join its anti-China coalition, including the QUAD?

A Biden Administration would most likely ask Seoul to be wary of China’s rise and keep an open mind when it comes to Beijing’s intentions, but Biden would not demand some sort of pledge it would side with Washington against Beijing in every sort of dispute or crisis—and I think that is the right approach.

The Trump Administration has already shown and will continue to press hard to try and get South Korea to join formally or de-facto in its anti-China coalition. However, Washington should know this could very well end up being a total disaster, as South Korea will naturally begin to question U.S. intentions, and if such a close alliance is worth it when Washington acts like a bully—what the Trump administration accuses China of. Team Trump should know that if they push too hard on the China issue, South Korea, knowing they still can’t even get a fair SMA deal, will start to think about a world where the U.S.-ROK alliance is not the center of Seoul’s national security strategy or could even be dissolved—and it would be the Trump Administration’s own doing. The Trump Administration is putting maximum pressure on the wrong Korea, in my view.

How do you expect how the future of the ROK-US alliance will unfold? Do you think a Biden administration would seek to quickly conclude the prolonged defense cost-sharing deal at a much lower rate of increase? Would a Trump reelection lead South Korea to pay what he demands? What about the transfer of wartime operational control by 2022?

A Biden Administration would quickly try to conclude an SMA with Seoul and very quickly—perhaps in the high-single digits. Biden and his advisers see alliances not in terms of dollars and cents but how they knit important nations to Washington in an international system that has kept the peace broadly between the world’s most powerful nations since the end of World War II. These alliances, according to Biden, are what make America a superpower and are Washington’s greatest strength, something money can’t ever buy, as many alliances like the U.S.-ROK alliance, were forged blood. That means Team Biden would hammer out a deal with Seoul within the first 100 days of coming into office, with Biden also having no issue with handing over OPCON by 2022.

A Trump Administration would once again continue its demands for a big raise in Seoul’s contribution to U.S.-ROK alliance joint military costs. While I don’t think the dispute will go on forever, I don’t see Trump caving to a 12 or 13 percent increase for one year, has been suggested by South Korea. Seoul may need to find another way to satisfy Trump, perhaps by a purchase of needed military goods that could offset some of what Trump is demanding. Either way, Trump will not back down on this easily with Washington also holding up OPCON to punish Seoul over the SMA dispute, as using leverage is a very Trumpian thing to do, and Seoul should be wise to it.