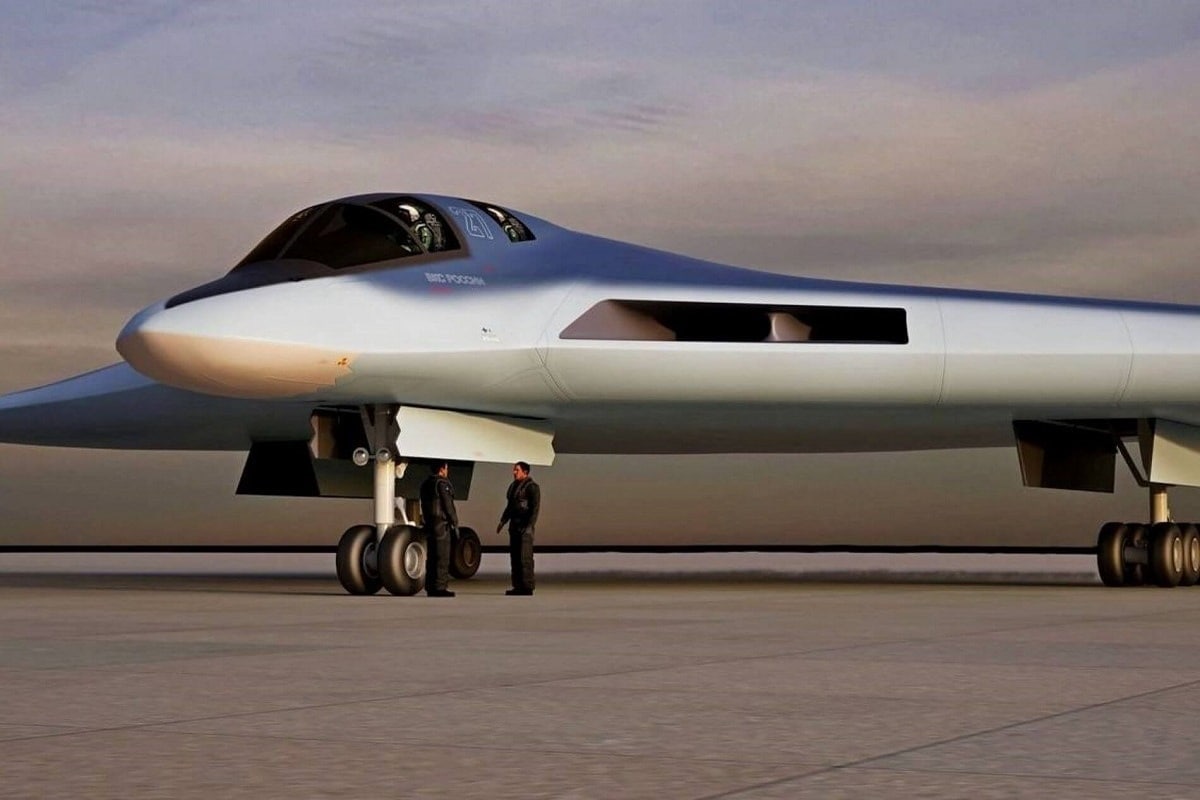 As the Russian military continues to modernize, the Russian Air Force is at the center stage with some of the most ambitious and flashy programs.

The Russian Air Force is looking to transition to a fleet of 5th generation fighters and bombers. But that goal might be years, if not decades away.

Currently, the only 5th generation aircraft in its arsenal is the Su-57, also known as the PAK FA. But the aircraft is riddled with technical problems, and there is only one operational and ten trial aircraft, with the first operational aircraft crashing during flight trials.

Touted as one of the world’s few stealth fighters—the American F-22 and F-35 and Chinese J-20 being the rest—the Su-57 isn’t as stealthy as its manufactures would like. Technical problems with its intended engine led the Russian Air Force to adopt another but a less stealthy engine for the aircraft. And in 2018, the Indian Air Force backed out from buying the aircraft allegedly because it wasn’t as stealthy as it was claiming to be and wouldn’t survive in contested airspace, or the first couple of days of a near-peer conflict in which an Air Force would attempt to establish air superiority.

Despite its shortcomings in the stealth category, the Su-57 is an extremely capable aircraft with excellent speed and maneuverability.

In addition, Russia is working on a 5th generation stealth bomber. The PAK DA is designed to be a strategic, long-range bomber. As a low observable and subsonic platform—meaning that it can’t fly quicker that the speed of sound—the PAK DA is intended to carry a heavy payload, including cruise missiles, smart munitions, and even hypersonic weapons; reports indicate that it would be able to carry between 60,000 to 80,000 pounds of munitions.

Once upon a time, Russian bombers were at the tip of the spear of the Soviet Union. Before the development of intercontinental ballistic missiles, bombers were the primary vehicle for delivering nuclear weapons. And when the Soviet Union collapsed, the Russian Air Force got stuck with a large number of strategic and medium bombers. So, Russia definitely knows its bombers, and it remains to be seen if the PAK DA will meet the high expectations.

The Russian Ministry of Defense wants to have the Su-57 in service by 2025 and the PAK DA by 2027. Judging by previous delays and technological shortcomings, those timelines might end up being a bit ambitious.

It is worth noting that stealth technology isn’t a single piece of tech that manufacturers apply on an aircraft, and it becomes invisible to radar. Rather, a whole set of different and sometimes overlapping technologies, manufacturing processes, and aviation tactics make an aircraft stealthier. For example, to be considered fully stealthy, an F-35 would have to carry only the four munitions that fit inside its internal pods. It would lose some of its stealth characteristics if it were to carry additional bombs and missiles on its external hard points.