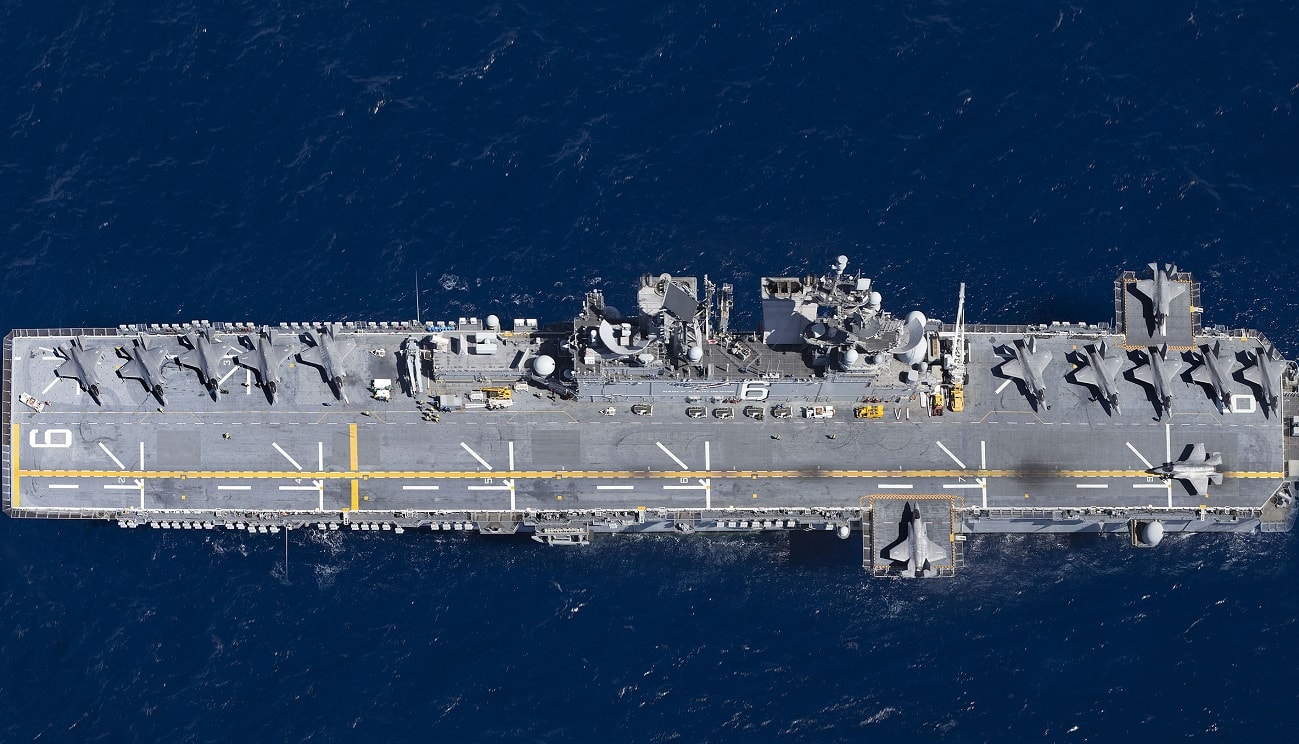 The latest reports indicate that INS Vishal, slated to become India’s third operational aircraft carrier within the next decade, is being downsized over operational and financial concerns. The ship will be reconfigured to operate both manned fighter aircraft and unmanned aerial vehicles. While there aren’t currently a lot of carrier-based drones, experience with land-based UAVs suggests that their naval counterparts will be smaller than conventional aircraft and less demanding in terms of space, allowing a modest ship to have a major strategic impact. The question is part of a broader debate over aircraft carriers in Indian defense circles, with some arguing against the necessity of even a small third carrier.

As India goes so goes the world?

The Indian Navy is hardly the only fleet thinking about how to balance the size and expense of a carrier against its striking power. From Japan to France to China to the United States, naval architects are giving thought to the strategic opportunities offered by small carriers. Chris Cavas, for example, has proposed that the United States work with France to design a mid-sized nuclear aircraft carrier, a project that Japan might also find of considerable interest.

Analysts speak of the Great Carrier Debate, which is really characterized by two separate but related questions. The first involves the vulnerability of the platform to various kinds of attacks. Can aircraft carriers be profitably employed in contexts where they face missile or submarine attack? The second involves the expense of the platform related to other options. Does the carrier provide an economical means of delivering ordnance to a target, relative to other options?

When Americans discuss the future of the aircraft carrier we often think in terms of the ability of our giant nuclear-powered flattops to impose their will upon a target. The capabilities of a Ford-class carrier are undoubtedly spectacular. The Fords can generate enormous amounts of power that enable future modifications that can increase their offensive and defensive capabilities. Notwithstanding difficulties with the catapult system, the Fords (and future foreign carriers of similar size and capabilities) can operate large numbers of powerful, fixed-wing aircraft at a high sortie rate. But the Fords are obviously also extravagantly expensive and almost literally irreplaceable given shipyard capacity and shipbuilding rates.

Light aircraft carriers are less expensive and less demanding that the massive fleet carriers that the United States uses, and the development of carrier-based UAVs helps to close the strike gap between light and fleet carriers. Historically, the need to operate larger, more powerful aircraft has driven an increase in the size of aircraft carriers. STOVL aircraft like the F-35B and AV-8B Harrier have cut against that, and UAVs seem to have a similar effect. Operating a UAV from an aircraft carrier is complicated but hardly impossible. It isn’t clear what kinds of UAVs the Indian Navy expects to launch from the carrier, but there are no obvious reasons why aircraft carriers cannot eventually field an array of sophisticated drones. UAVs can also help extend the surveillance and strike range of a carrier.

We should think “what is the utility of a large, flat-decked ship that can act as a platform for manned and unmanned aircraft and can move from location to location at high speed?” To risk an overbroad generalization, flat-decked aircraft carrying ships will have military utility for as long as range and mobility matter.  Faster ships with bigger decks and more power will always be better at range and mobility than slower, smaller vessels. And thus to great extent a super-carrier like the USS Gerald Ford is always going to be better at everything than a light carrier like JS Kaga, or USS America, or the future INS Vishal.  The question is whether Ford will be enough better at enough things to offset her considerably greater expense.

Finally, there is good reason to believe that friends matter where UAV development is concerned. A multinational coalition of countries trading, licensing, and co-developing technology should do better at developing the UAVs necessary to make small carriers lethal than a single large country with few friends. Lots of America’s friends either already operate or could use smaller, UAV focused carriers; the popularity of the F-35B has already demonstrated an appetite for projecting naval airpower from small platforms. The US should continue to work with partners such as Japan, Australia, India, and even Turkey to make turn light aircraft carriers into lethal military platforms.