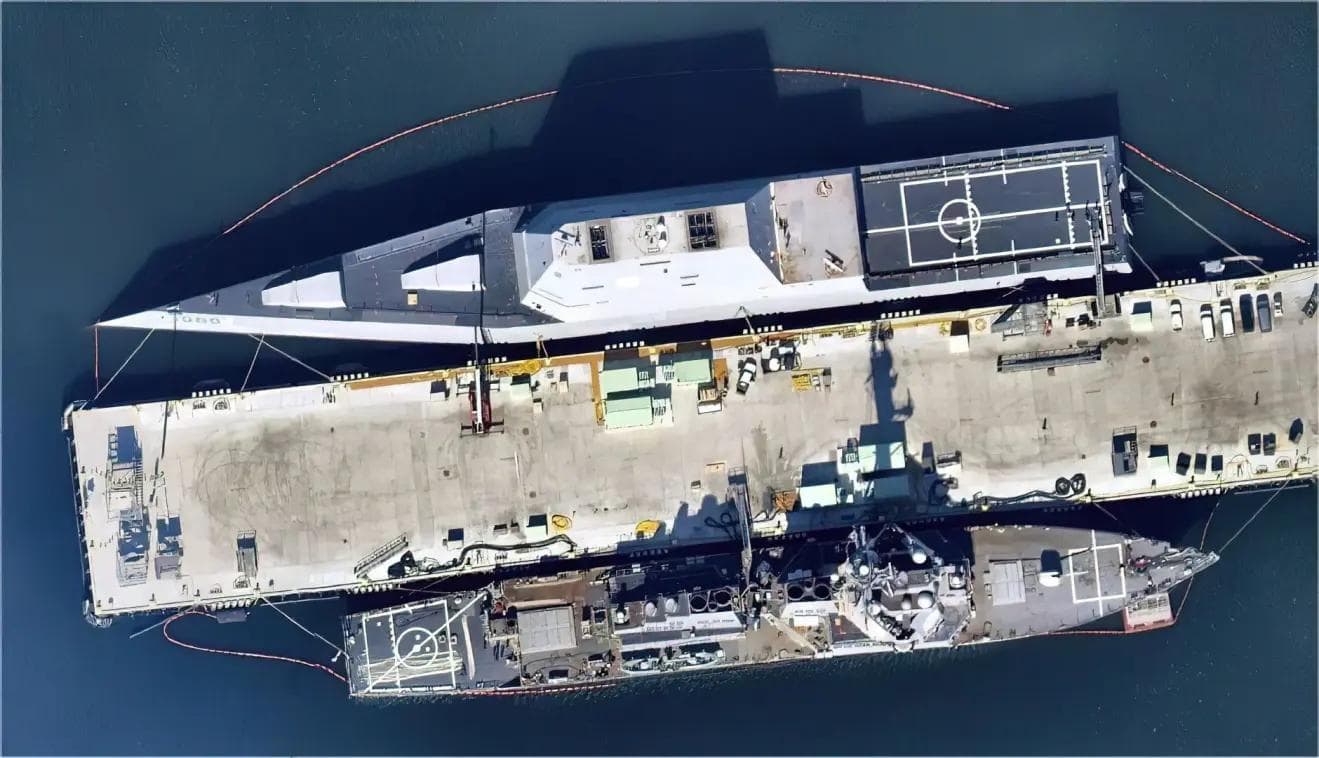 The US Navy could in the coming year arm its newish Zumwalt-class stealthy destroyers with hypersonic weapons – Will it take hypersonic missiles to make the Zumwalt-class of stealth destroyers relevant again? The Zumwalt-class, known for its unique shape for reducing radar signature, is being re-fitted for missile tubes that can accommodate hypersonic missiles. It was once considered a vessel that could sneak close to shore and deliver support for an amphibious landing, but the Navy wants to utilize the destroyers for stand-off missile attacks in contested waters.

Replace the Big Guns for Hypersonics

The USS Zumwalt, the USS Michael Monsoor, and the USS Lyndon B. Johnson will get a major refit. The powerful over-the-horizon 155mm Advanced Gun Systems will be replaced. This means all associated components will be completely removed. The upper and lower gun rooms will no longer be on the ship. The loading facility and all the rounds stored for the guns will be eliminated in a construction process that will go several levels deep for new launchers of hypersonic missiles.

The USS Zumwalt will be the first ship of the class to get tubes for the Common Hypersonic Glide Body – a plus-MACH 5 missile that can avoid enemy radar systems. This is the hypersonic weapon that the Army and Air Force plan to use as well. The bigger hypersonic would not fit in existing vertical launch tubes.

Lockheed Martin Gets the Nod

U.S. Navy said its Navy Strategic Systems Programs granted a $22.8 million contract to Lockheed Martin Space Systems for the refit that will take until 2025 for all three ships. This project falls under the Navy Conventional Prompt Strike Weapon System.

Zumwalts to Take on China?

This hypersonic capability would give the Navy an edge in East Asia in a potential facedown with the Chinese navy over disputed islands in the East or the South China Sea or if China chose an incursion into Taiwan.

This is a departure from the original mission of the Zumwalt-class that envisioned the destroyers assisting an amphibious landing by the U.S. Marine Corps. It comes at a time when the Marines are contemplating a more ambitious maritime role that could include challenging China on its island militarization strategy.

Watch Out When Sailing Close to Shore

Nonetheless, these hypersonic missiles will also be welcome in a naval environment in which stand-off missiles are playing an outsized-role. It is simply too dangerous to sail too close to shore these days, with threats like China’s much-feared DF-21D anti-ship missile being a clear example. Take, for example, the sinking of the Russian flagship Moskva in the Black Sea after having been hit by Ukrainian Neptune anti-ship missiles.

Another interesting concept for the Indo-Pacific region is to consider the hypersonic-equipped Zumwalt-class working like an attack submarine launching cruise missiles at land targets. That’s what Bryan Clark, thinks. Clark is a retired submarine officer who is now a naval analyst at the Hudson Institute.

“The reason the idea works is that the Navy would have ships in theater that could fire missiles with a predetermined target list. Those missiles could be fired quickly and would have a high probability of hitting the targets inside Chinese territory. And while a submarine can also accomplish that, the fact that Zumwalt is a surface ship and more easily tracked makes it a more powerful conventional deterrent since a similarly equipped submarine is likely to be out of sight and out of mind,” Clark told Defense News.

It’s good the Navy is open to rebooting an odd ship with new capabilities. Although, it is gambling that the American hypersonic weapon system evolves with the ship’s construction, so it is ready to go on schedule. This should make the Zumwalt-class more powerful and more valuable.

In this article:Navy, NotHome, Stealth Destroyer, US Navy, Zumwalt, Zumwalt-class