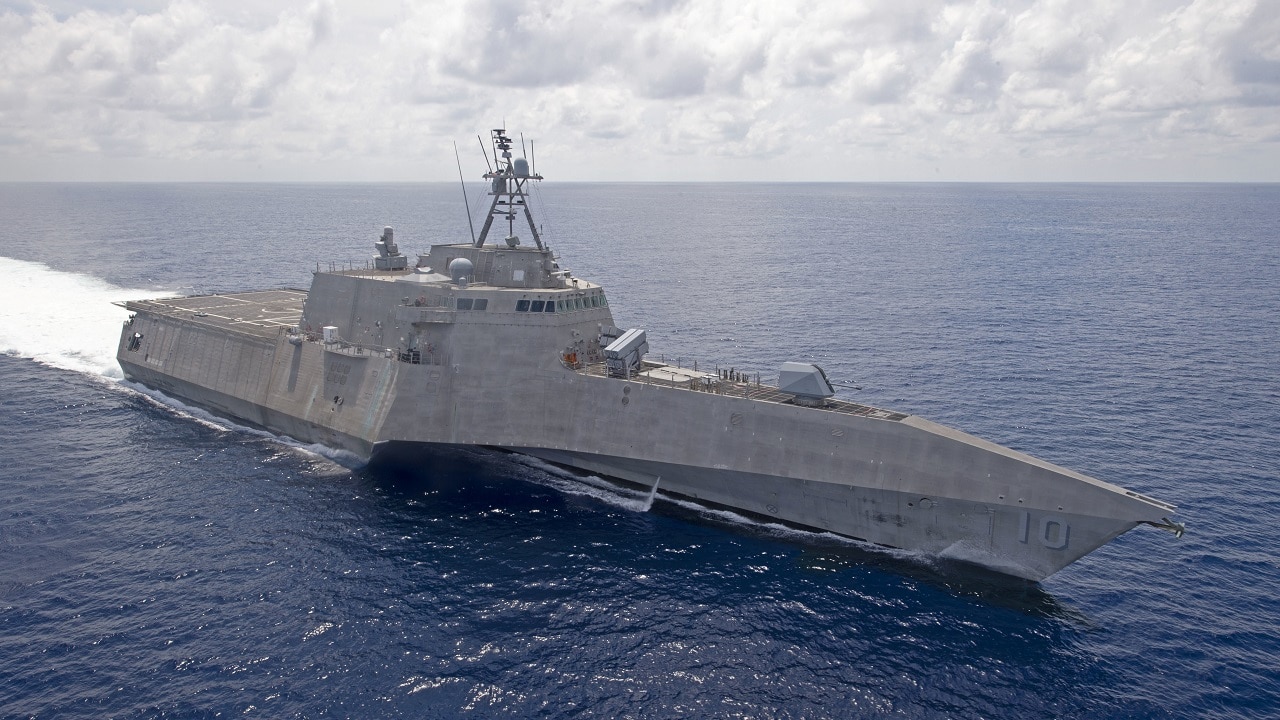 Habits of Highly Effective Gray-Zone Competitors: How do we compete to good effect in the gray zone? We do so by developing strategic and operational habits fit for this murky seascape. As human beings, we are our habits. Or as the psychologist William James put it a century ago, we are “bundles of habits.” And we can shape our repertoires, and thus our professional and personal selves, by undertaking conscious and diligent effort. That’s because our character is “plastic,“ especially early in life.

By plastic James means “a structure weak enough to yield to an influence, but strong enough not to yield all at once.”

He likens the process to water eroding ruts in soil, a medium that’s pliant yet firm: “water, in flowing, hollows out for itself a channel, which grows broader and deeper; and, after having ceased to flow, it resumes, when it flows again, the path traced by itself before.” Thought and action follow their accustomed course. Youth are not—yet—set in their ways. They can choose where to dig their own ruts so that water traces the same pathways in the future.

We oldtimers find it much harder to recast ourselves, unlearning old ways and updating them with new. Change is an ordeal. Because our ways were formed by past times and we’re less plastic, the young have an advantage in nurturing habits fit for these times. So, dissolute youth, we are depending on you!

I agree with William James about how to cultivate habits, but he was looking back a couple of millennia to classical ideas about how to mold oneself. Aristotle, founder of the Lyceum in ancient Athens and one of the West’s biggest brains ever, is the philosopher of habit. He says that to be virtuous, we should emulate virtuous people while shunning ignoble examples. So we should study biography.

The philosopher counsels us to seek out the “golden mean,” that sweet spot between the excess and the deficiency of some worthwhile trait. The golden mean is where “virtue” lies. Now, striking the mean isn’t just a process of mechanically splitting the difference between extremes. It doesn’t necessarily mean aiming for the exact midpoint. Instead those who crave some virtue should seek out the proper proportion of that trait between the extremes.

To illustrate Aristotle cites the example of courage, a virtue much prized in the profession of arms for obvious reasons. The excess of courage is foolhardiness, meaning courting deadly risk for little compelling reason. The deficit is cowardice. Should an aspirant try to strike the exact mean between these extremes? Not necessarily. It takes a certain amount of personal disregard just to stride onto the field of battle, where you know full well wounds or death may await. Meanwhile, cowards accomplish nothing.

That being the case, Aristotle would probably counsel those who may do battle to err toward an excess rather than a shortfall of physical and moral courage.

The same principle—searching out the mean between extremes—applies no matter what trait you resolve to groom in yourself. Once you figure out where the mean lies, practicing it to make it habit constitutes the challenge. That comes through reps. If you practice virtue, day in and day out, it becomes reflex. You behave virtuously without even trying once a trait is committed to muscle memory. You have dug your ruts.

This is all rather ethereal. How do you actually do it?

It takes concerted effort, even for the greats. Think about an über-talented player like Patrick Mahomes or Jalen Hurts honing his NFL field generalship through constant study and repetition. They are doing nothing more than honing sound habits for the gridiron.

For guidance William James cites the Scottish philosopher Alexander Bain, one of the 19th-century founders of the field of psychology. Bain offers two bits of practical advice. One, if you’re trying to instill one habit in yourself, chances are you’re trying to replace another. That takes resolve; it’s easier to keep doing what you’re accustomed to doing. So Bain advises you to be as “strong and decided” as possible, setting incentives for yourself that encourage the new habit while discouraging the old. Be resolute and imaginative, deploying every aid or trick you can dream up.

And two, make no exceptions to the habit till it is “securely rooted in your life.” Bain maintains that instilling a new habit pits ”two hostile powers” against each other, namely the old and the new trait, “one to be gradually raised into the ascendant over the other.” The new habit must win an unbroken string of victories over the old to solidify its standing as habit. Making exceptions weakens willpower.

James concurs with this while adding his own advice to Bain’s algorithm. He urges aspirants to self-improvement to “seize the very first possible opportunity to act on every resolution you make.” In other words, take practical action to reinforce the new habit. Exercise it early and often. Otherwise you risk paying lip service to the characteristic you desire rather than actually making it part of your character. And get your reps in, exercising the habit “gratuitously” and regularly “so that when the hour of dire need draws nigh,” you will act out of reflex—no matter how much stress you may be under.

So much for the philosophizing. What habits are best suited to the gray zone? First, gray-zone competitors should attend to the basic blocking and tackling of strategy. Cultivate a firm sense of direction. Know where you’re going and what you’re trying to achieve. As the Roman Stoic philosopher Seneca put it with a saltwater flair, “if you don’t know what harbor you sail for, no wind is favorable.” Where are the United States, its allies, and its friends going in the South China Sea and other embattled expanses? Determining that and setting a course is what gatherings like this are for.

Our ultimate aim, I would submit, is to help regional partners become fully sovereign, able to enforce their rights and privileges under international law despite aggression from hostile coastal states. We should help them help themselves.

Prevailing will demand protracted competition in which no competitor wants to pull the trigger, turning loose missiles or gunfire. That’s why it’s critically important to devise escalatory options beneath the threshold of violent force, also known as “intermediate force capabilities.” Our strategy should be multilayered. We must make a habit of taking the long view while hunting for low-end capabilities, hardware, and software to help us help partners defend their rights as sovereigns.

Second, we should make a habit of gauging the direct strategic and political effects of routine actions. What we do on an everyday basis—and especially what you do as practitioners—matters. The greats explain why. Clausewitz talks about tactical actions that produce direct political import. Coercion and deterrence of potential foes and reassurance of friends stem from what fighting forces do to impress. To coerce, deter,  or reassure we need to mount an impressive display of capability; our political leadership needs to display the willpower to use that capability under circumstances it says it will; and we need to make influential audiences believers that we can and will keep our commitments.

If we succeed potential adversaries will lose heart while friends take solace.

Let’s habituate ourselves to think in those terms. Strategist Edward Luttwak urges fleet commanders to use their movements and actions to cast a “shadow” across councils in hostile capitals. We should design our maneuvers to cast a shadow across Beijing, and execute them with the utmost competence and verve. And the deeper and darker the shadow, the better.

Third, we should make a habit of empathy toward allies, partners, and friends, including humble fishermen and the coastguardsmen and other seafarers who try to protect them so they can make a living. What can we do to empower them, their coast guards and navies, and their governments and larger societies to defy aggression? Whatever the answer is should be our diplomatic and strategic North Star, and we should be guided by it.

Fourth, we should make a habit of empathy—though not sympathy—with aggressors. “Red-team” thinking should come as second nature. The opponent is not a potted plant but an intelligent, impassioned strategic agent determined to flout our will. Think about Admiral Chester Nimitz asking Commander Edwin Layton to be his “Yamamoto” on the U.S. Pacific Fleet staff after Pearl Harbor. We should emulate their red-team ethos.

To come to grips with Chinese strategy, we should habituate ourselves to thinking in Maoist terms. Mao Zedong preached that war is politics with bloodshed while politics is war without bloodshed. Getting beyond the war/peace dichotomy that our adversary rejects is crucial to puzzling out what we should do in the gray zone. So is understanding the Maoist concept of “active defense,” which Beijing reminds us remains the “essence” of how the Chinese Communist Party regards martial affairs. Let’s think like the opponent to counter the opponent.

Fifth, we must make a habit of taking a gimlet-eyed operational outlook on the competition. This too is basic strategy, and it applies in the gray zone as well as in wartime. Clausewitz urges contenders to be strong in general, but more importantly to make themselves stronger relative to the antagonist where it matters, when it matters. In the gray-zone context that means massing force at many places and times across broad expanses. Gray-zone competition is not just protracted in time but dispersed in geographic space. And in a protracted, dispersed competition you’d better be prepared to scatter forces among scenes of impact for an indefinite period of time. You cannot expect to prevail unless you take the field to compete. 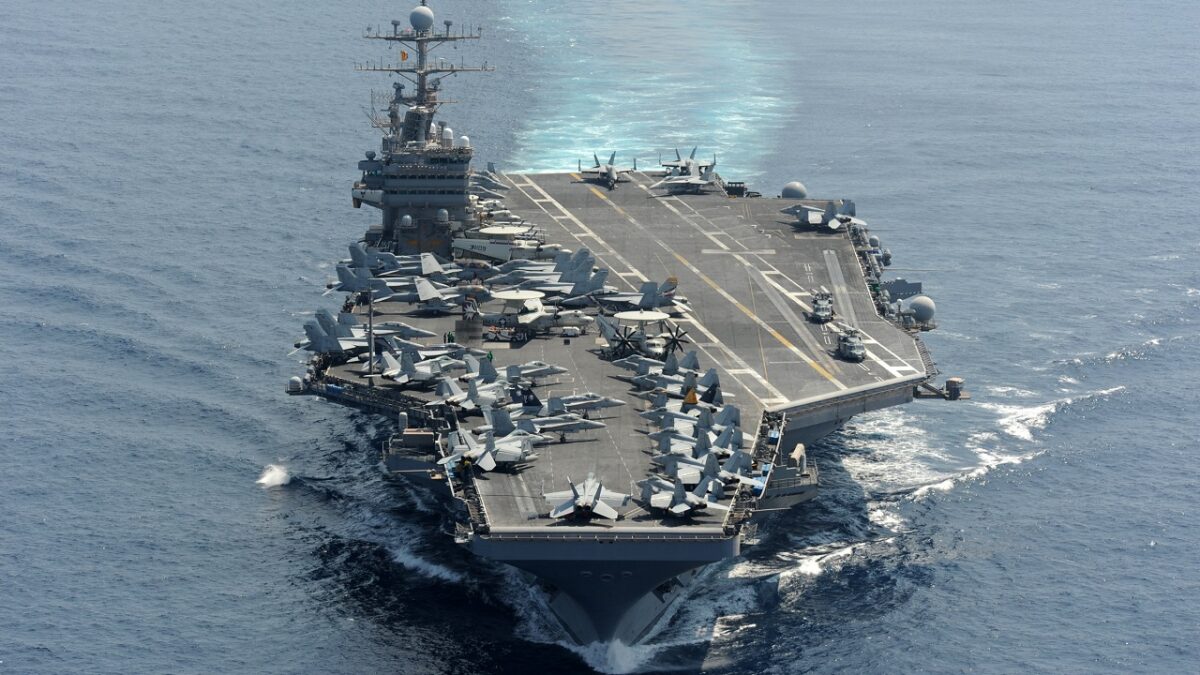 This should be our guiding assumption—self-evident and brought to bear on every strategic and operational question. You have to be there—and stay. Otherwise you surrender contested territory.

And lastly, we must instill a sense of urgency in ourselves, our services, our government, and, to the extent we can, the wider society. Let me put a personal spin on the strategic problem. I was in elementary school in 1974, when China’s navy and maritime militia wrested the Paracel Islands from South Vietnam in the waning days of the Vietnam War, ushering in gray-zone competition in the South China Sea. I was applying for Ph.D. studies when China seized Mischief Reef from the Philippines in the mid-1990s. (I’ve been out of Ph.D. studies for a long time.) I am now fifty-seven, and we are still debating how to counter gray-zone warfare. We must step up the pace to compete with any chance of success.

As Chief of Naval Operations Mike Gilday likes to say, let’s get real, get better. Let’s make a habit of getting real and better in a hurry.

Dr. James Holmes is J. C. Wylie Chair of Maritime Strategy at the Naval War College and a Nonresident Fellow at the Brute Krulak Center for Innovation & Future Warfare, Marine Corps University. The views voiced here are his alone. Holmes is a 19FortyFive Contributing Editor. A former U.S. Navy surface-warfare officer, he was the last gunnery officer in history to fire a battleship’s big guns in anger, during the first Gulf War in 1991.

These remarks will be delivered at the Indian Head Naval Surface Warfare Center, Maryland, on November 28, 2022.