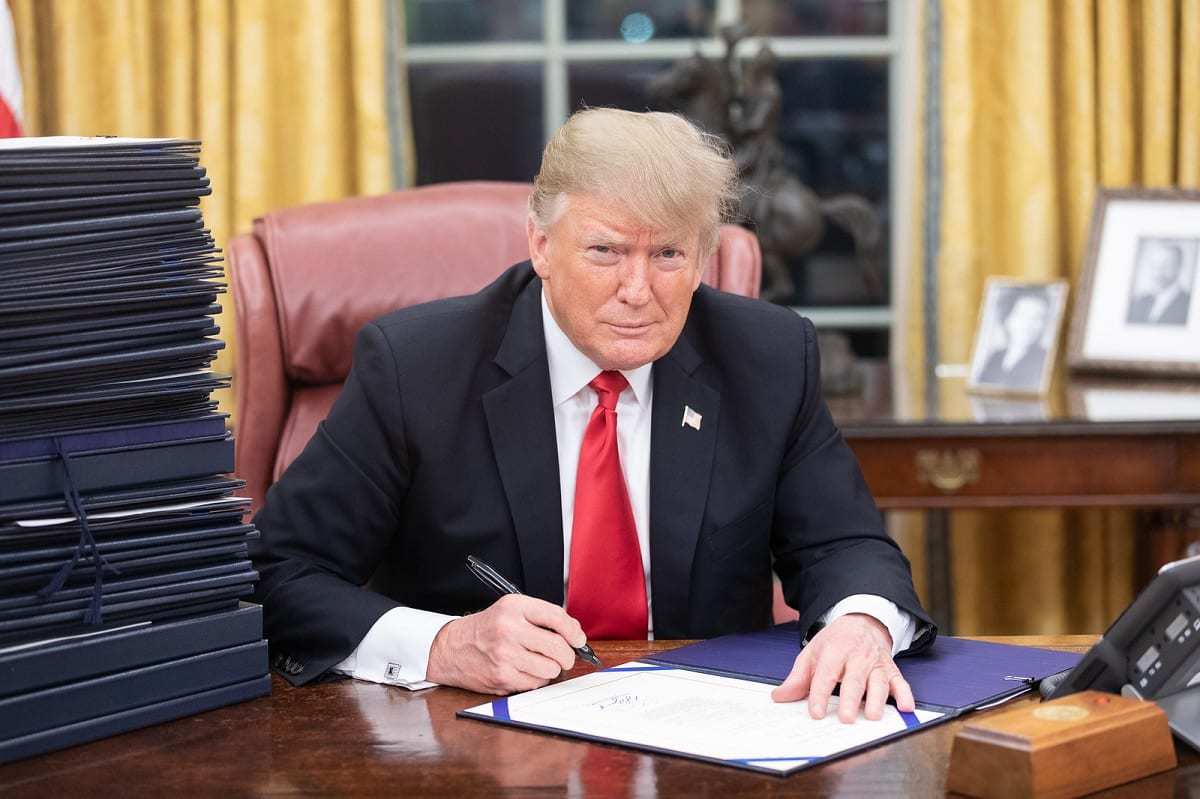 President Donald J. Trump is seen at his desk Friday evening, December 21, 2018, in the Oval Office.

Donald Trump’s 2024 presidential campaign has gotten off to a rough start.

The campaign, which was announced in mid-November, has been criticized for low-energy and bad timing.

Now, amidst scandal, legal troubles, and waning popularity, Trump’s stock has never been lower. Many observers – conservatives amongst them – are calling for Trump to call it quits.

Yesterday was an atrocious day for the former president. Another of Trump’s midterm endorsees (Senatorial candidate Herschel Walker in Georgia) lost, and a jury found the Trump Organization guilty of tax fraud.

Walker’s loss capped off a string of midterm defeats for the former president. The majority of Trump endorsees (except Senatorial candidate JD Vance in Ohio) lost battleground contests – despite Republicans being historically favored to win big. The autopsy of the Republican flop began in earnest, immediately, with many blaming Trump. The theory goes that Trump is so deeply unpopular that candidates that Trump endorses are effectively tainted.

Over 60 million people voted for Trump just two years ago, but he seems to be favor rapidly. The simple fact is that Trump lost in 2020, while his endorsees have lost in 2021 and 2022. That’s three election cycles in a row where Trump has lost. Typically, when an incumbent loses a presidential election, his political career is over. That Trump is still active two years (and two more election cycle losses) after losing a presidential election speaks to his unique resiliency.

But Trump is not immortal; his losing record will catch up with him eventually.

The Trump Organization verdict yesterday represents one of several legal problems the former president is facing. Additionally, the Trump Organization is also being sued for fraud, specifically, for misrepresenting their asset value so as to secure more favorable loans and rates.

Then, on top of that, you’ve got the whole mishandling of sensitive documents thing. The FBI raided Trump’s Mar-a-Lago residence in August, hauling away a few dozen boxes of CLASSIFIED documents. I would argue that the seriousness of the investigation is being overblown (especially in the mainstream media) but it seems that the FBI feels differently.

And of course, Trump still has all that January 6th unpleasantness hanging over his head. The Department of Justice is investigating, with AG Merrick Garland mulling whether to bring criminal charges against Trump. Meanwhile, the House probe into January 6th is wrapping up.

In sum, Trump is dealing with a lot of legal drama.

Making an even bigger splash in the news cycle than the midterm loses, or the ongoing lawsuits/investigations was Trump’s Thanksgiving dinner – with Kanye West and Nick Fuentes. The problem? Kanye (now known as Ye) and Fuentes are both well-documented Holocaust-denying antisemites. That Trump entertained the two controversial figures for dinner – in his private residence – resulted in a full-blown scandal.

I don’t really care who Trump has dinner with; I don’t think eating with someone represents an implicit endorsement of their viewpoints, nor do I think that someone should be responsible for knowing and/or agreeing with every viewpoint of every person they come into contact with. Nonetheless, I can appreciate that a former president dining with avowed antisemites lends credibility to people who should be living on the fringes. These people should be obscured to their mother’s basements and dark web internet forums.

The aggregate of the election losses, lawsuits, and scandal would make most people walk away. But Trump appears to be wired differently. Trump is going to forge ahead regardless of popular opinion, legal status, media portrayal, or even his enthusiasm for another run.

Trump is stubborn, ignorant, and resilient – he’s not quitting the 2024 presidential race.