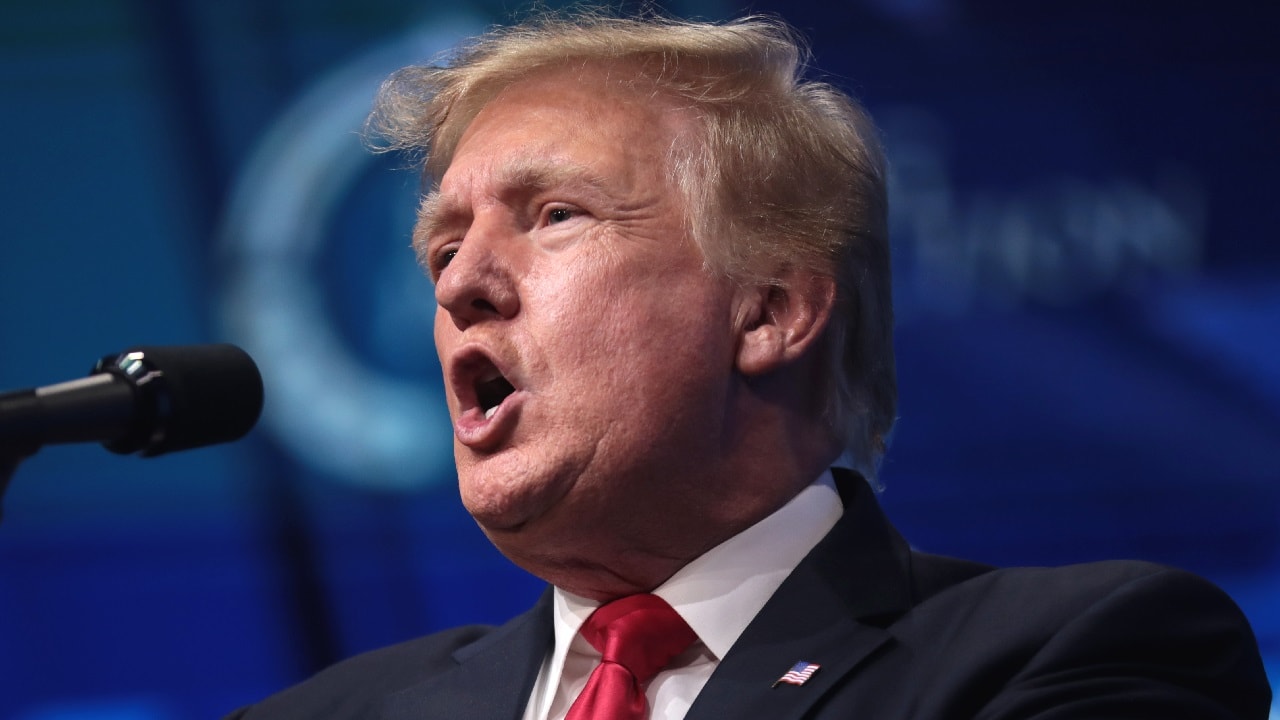 With Republicans in the House ready to take on the White House over potential spending cuts, the question has been raised about where exactly those cuts may come from. Because a great deal of the federal budget is taken up by entitlement programs such as Social Security and Medicare, would the GOP dare try to cut such programs?

That’s a big question. Those programs are very popular and cuts to them very unpopular, and if they are threatened, it could hurt the GOP politically.

And now, the former president of the United States is arguing that Republicans should not touch those popular programs.

According to Politico, Donald Trump has warned Republicans not to pursue cuts to those programs, although he has defended the idea of using the debt ceiling to extract concessions.

“Under no circumstances should Republicans vote to cut a single penny from Medicare or Social Security,” Trump said this week in a video released by his campaign.

“Cut waste, fraud, and abuse everywhere that we can find it and there is plenty there’s plenty of it,” the former president added in the video. “But do not cut the benefits our seniors worked for and paid for their entire lives. Save Social Security, don’t destroy it.”

Donald Trump, during his presidency, did not push for cuts to Social Security or Medicare, and overall, there was very little concern paid to spending or deficits.

As MSNBC noted this week, Trump has promised since his announcement speech in 2015 that there would be no cuts to Medicare, Medicaid, or Social Security.

Donald Trump never had a big showdown with the Democrats over spending levels or the debt ceiling, while there were two government shutdowns during Trump’s presidency, including the longest in history in 2018-’19; it was the result of a dispute between the White House and a Republican-controlled Congress over funding for his proposed border wall.

With the debt ceiling reached this week, a showdown is on the way between Republicans who want to force spending cuts in exchange for raising the debt ceiling and Democrats who would prefer a “clean” debt ceiling increase. It’s a repeat of what happened multiple times during the Obama Administration when the Republicans controlled the House.

The White House has said that it will not negotiate cuts or put them on the table.

Treasury Secretary Janet Yellen said this week that Treasury is taking “extraordinary” measures to avoid default but that it will no longer be able to do so as early as this June. The nation’s debt could be downgraded at that point, Yellen said.

“If that happened, our borrowing costs would increase and every American would see that their borrowing costs would increase as well,” Yellen said in comments to CNN. “On top of that, a failure to make payments that are due, whether it’s the bondholders or to Social Security recipients or to our military, would undoubtedly cause a recession in the US economy and could cause a global financial crisis.”

Yellen had written a letter to House Speaker Kevin McCarthy listing the measures taken, and also asking him to help avoid a default.

“The period of time that extraordinary measures may last is subject to considerable uncertainty, including the challenges of forecasting the payments and receipts of the U.S. Government months into the future,” Yellen’s letter said. “I respectfully urge Congress to act promptly to protect the full faith and credit of the United States.”