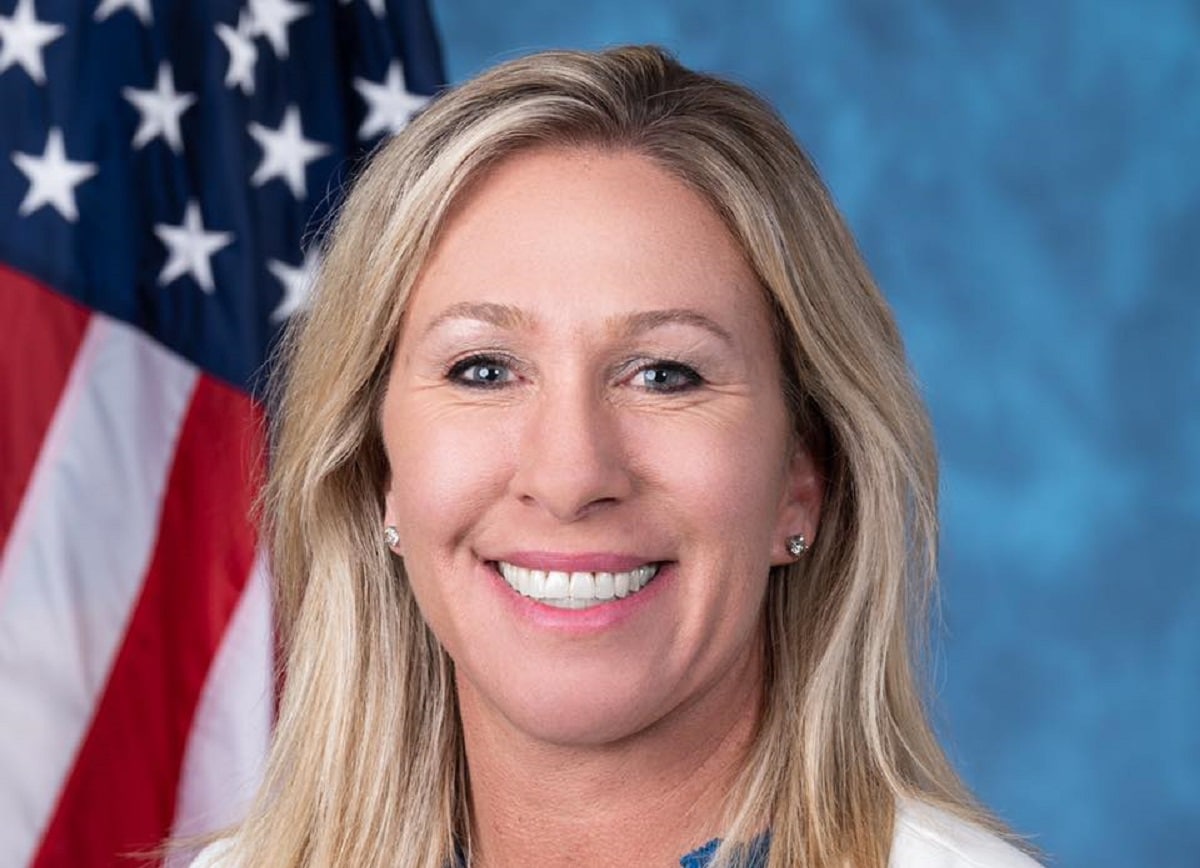 Rep. Marjorie Taylor Greene (R-GA) was stripped of her committee assignments in the previous Congress, owing to her extensive history of participation in online conspiracy culture. In the new Congress, Greene has had her standing restored, and has been placed back on committees, including a spot on the House Oversight Committee.

One Congressman, Michael McCaul, stated recently that Greene has “matured” since her early days in Congress. But that doesn’t mean she’s done with conspiracism.

According to Newsweek, Greene recently shared a video called “How to Steal an Election,” which, in over a minute, alleges that the 2020 election was stolen via a combination of the pandemic, the post-George Floyd riots, and a long list of debunked voting machine conspiracies.

The video, per Newsweek, is old and has been circulating since at least the fall of 2021. It also uses footage from the 1988 movie “They Live.”

Meanwhile, The New York Times reported Monday on the “ironclad bond” between Greene and the new Speaker of the House, Kevin McCarthy.

While many in the Republican caucus’ right flank had opposed McCarthy’s speakership. Greene supported him from the start. The Times piece interviewed 20 people about their new alliance.

“I will never leave that woman,” McCarthy told a friend shortly after the end of the Speakership race. “I will always take care of her.”

McCarthy himself described the alliance to the newspaper.

The piece also reveals that McCarthy played a big role in getting Greene’s Twitter account reactivated, “even dispatching his general counsel to spend hours on the phone trying to cajole senior executives at Twitter to reactivate her personal account after she was banned last year for violating the platform’s coronavirus misinformation policy.” The story added that when Greene was banned from the platform, she immediately went to McCarthy, then the House Minority Leader, who instantly began pushing the company’s then-general counsel to reinstate her.

“If you’re going to be in a fight, you want Marjorie in your foxhole,”  the Speaker said. “When she picks a fight, she’s going to fight until the fight’s over. She reminds me of my friends from high school, that we’re going to stick together all the way through.”

The piece added that the two meet as often as once a week, usually in the Speaker’s office.

Greene indicated to the Times, meanwhile, that she’s happy with the arrangement.

“If he sticks to it, will easily vindicate me and prove I moved the conference to the right during my first two years when I served in the minority with no committees,” she said of the Speaker’s stated agenda.

The two got off to a bad start in their dealings when Greene was first elected to Congress, and she came to believe that McCarthy was working with then-House Speaker Nancy Pelosi to undermine her, at the time when she was removed from the committees

. So she presented McCarthy with letters from her constituents, with the implication that he would abandon the GOP base by crossing her.

But their relationship thawed out by Marjorie Taylor Greene’s second year in Congress.

“Even as she continued to traffic in offensive conspiracy theories and spoke at a white nationalist rally, Mr. McCarthy refused to punish her and often refrained from even criticizing her comments until pressed by reporters. It was a calculated choice by Mr. McCarthy, who leads more by flattery and backslapping than through discipline,” the Times said.

The story also revealed that McCarthy had been studying the tenures of his Republican Speaker predecessors John Boehner and Paul Ryan, and concluded that “one of their fatal errors had been unnecessarily isolating far-right members, who in turn made their lives miserable.”

There is also an anecdote that Marjorie Taylor Greene, at a party, heard former Congressman and Trump ally Devin Nunes tell a story that he had heard McCarthy “yelling at” Democratic Rep. Stony Hoyer at Greene’s removal, and that it led Greene to conclude that “the first time she had heard from somebody she trusted that Mr. McCarthy had defended her, rather than conspired with Democrats to blackball her.”