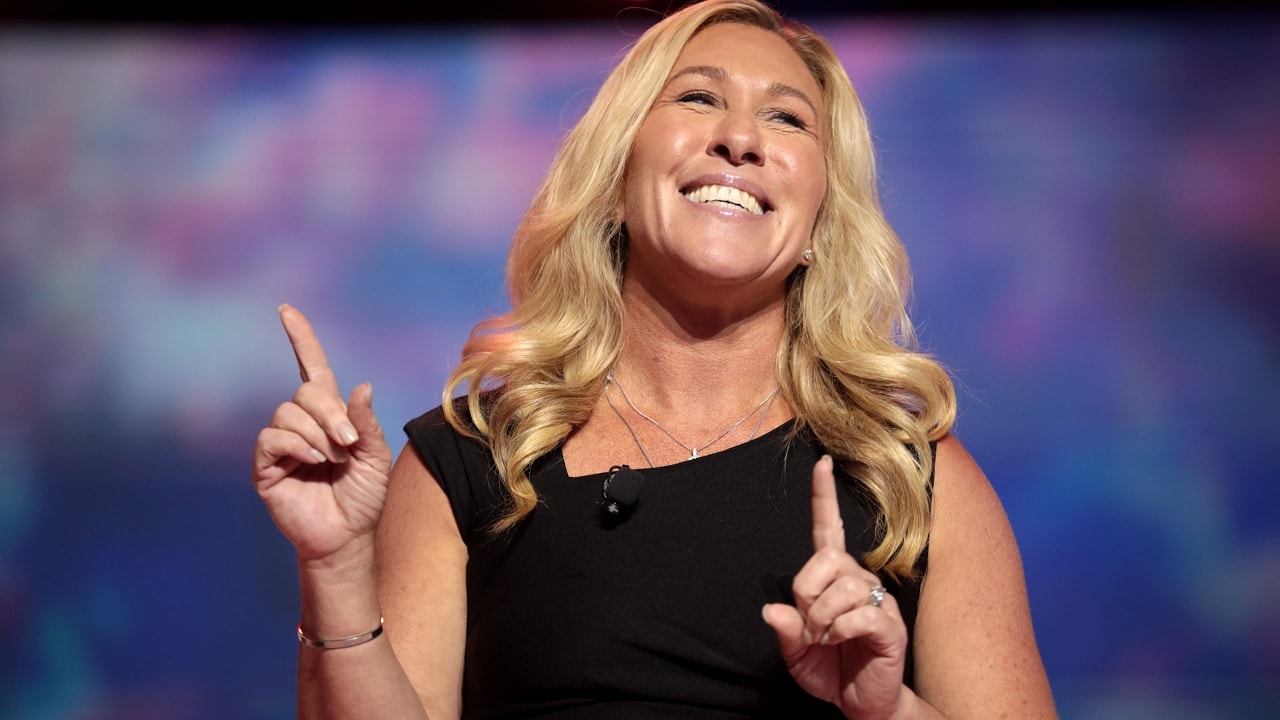 There’s nothing wrong with a fitness lifestyle and serving as a small business owner, but will this background prepare Greene for the rigors of a presidential campaign?

Two people close to her revealed that the Conservative spitfire wants to be former President Donald Trump’s running mate if he captures the Republican nomination in 2024.

Marjorie, You Can’t Be Serious

Greene’s ambition and her support for Trump knows no bounds.

She is not afraid of taking extreme positions whether it is election denial or alleged support of the QAnon cult.

She has a safe seat in the House and may want to skip over the Senate or governorship and become the vice president as soon as possible, even though she has only served one term in Congress.

Steve Bannon Thinks She Has the Potential

Conservative stalwart and podcast host Steve Bannon believes that this direct path is possible for Marjorie Taylor Greene. “This is no shrinking violet, she’s ambitious — she’s not shy about that, nor should she be,” said Bannon.

NBC News said it has another anonymous source who said Greene is striving for VP.

Former Speaker Nancy Pelosi and Democrat House members stripped Greene of committee assignments in 2021 for making incendiary statements in public and on social media. Greene simply replied that she didn’t care and would use her time to raise her national profile.

You could say she did become more of a household name, at least to those who follow politics closely.

Marjorie Taylor Greene has adjusted her style and strategy lately.

She supported Kevin McCarthy for Speaker – forging an unlikely alliance with the GOP establishment.

As a result, Greene now has membership on the Homeland Security Committee, an appointment that detractors say is problematic because Greene has expressed doubt about the chain of events during the 9/11 terror attacks.

This has caused her opponents to derisively label the MAGA acolyte as a “9/11 Truther.” Greene already has plans to pursue impeachment against Homeland Security Secretary Alejandro Mayorkas for his leadership on the southern border and alleged refusal to enforce immigration laws.

Presidential Investigations Will Give Her More Exposure

Her other assignment has liberals even madder because she will be serving on the House Oversight Committee.

This body has plans to put President Joe Biden through multiple investigations, such as his handling of the withdrawal from Afghanistan and his business dealings with son Hunter Biden.

She Is Ready to Duke It Out on the Big Stage

Marjorie Taylor Greene hopes to use these efforts to improve her name recognition and cement her reputation as a worthy combatant who will always stand up to Democrats and fight for justice – qualities that Republicans believe are needed in Washington.

Re-election to the House: No Problem

Greene has only been in Congress for two years. She won re-election easily by collecting almost 65 percent of the vote in 2022. It’s not likely she will lose her House seat in the future. But while no one doubts her Conservative policy positions, she is never mentioned as a presidential hopeful.

This is one of the first times that her name has been associated as a running mate with Donald Trump.

Trump May Not Even Win The Nomination

To be sure, Trump is not close to locking up the nomination. Still, he is comfortably ahead in some hypothetical matchups against Florida Governor Ron DeSantis and many other White House hopefuls who are barely registering in polls against Trump and DeSantis.

Can She Use the House as a Springboard?

It is difficult for House members to become president or vice president. They do not often have the national grassroots network of supporters and funding sources. House members also are not seen as being equipped with the experience of running big organizations.

Green Is Ready to Shoot Her Shot

But Marjorie Taylor Greene has a shot at being a presidential running mate as much as anyone else. She is not afraid of the spotlight and is willing to take on the slings and arrows of the liberal media. Trump has not discussed potential VP candidates since he declared for a re-match against Biden. Most presidential candidates do not choose running mates until the summer before the general election, so we are getting ahead of our skis by speculating on VP choices now. Meanwhile, Greene can sit back and have her allies put her name in the mix. That is likely appealing to her vanity bonfire that never stops burning.