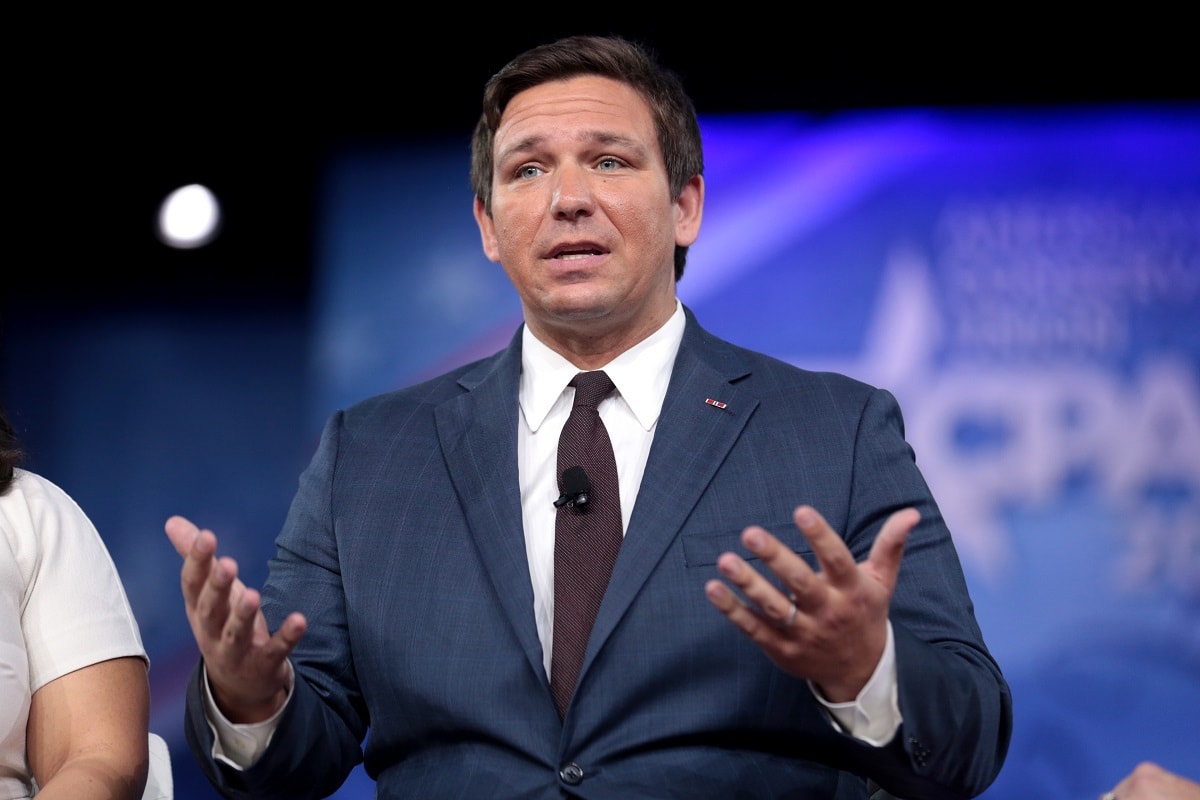 Ron DeSantis: Will he really run for president in 2024? There have been plenty of presidential draft campaigns, but the one with the rallying cry of “I Like Ike” is the most successful of these.

The move to get World War II hero Dwight D. Eisenhower, to run for president, was referenced as a model in the 1992 campaign to draft billionaire Ross Perot, and for a campaign to draft former Secretary of State Condi Rice to run in 2008. Perot ran and lost. Rice never ran.

A new push, with the rallying cry of “Ready for Ron” launched in May for Florida Gov. Ron DeSantis. The verdict is still out, as DeSantis is focused on getting re-elected as governor in November—though he appears to be on an easy glide path.

The Draft DeSantis campaign–operating as a political action committee independent from the DeSantis gubernatorial campaign or any potential presidential campaign–is collecting signatures and running ads to rally support behind the notion of DeSantis 2024.

Ed Rollins, who was in the trenches for both Ronald Reagan and Florida lawyer and conservative activist Lilian Rodríguez-Baz are to run the PAC.

“America is in grave danger from the Radical Left and their failed, socialist, woke policies. The America-First agenda MUST be revived. Governor Ron DeSantis is the next Great American President – like Ronald Reagan and Donald Trump – who will turn our country around,” the Ready for Ron website says. “We must organize NOW – we cannot wait and let the Left take another election. I am Ready for Ron! Let Ron know I’m behind him and want to join his team!”

While this group is operating independent of DeSantis, the governor could be greatly helped by anyone establishing a 2024 infrastructure for him. Rollins knows what he’s doing. He ran Reagan’s 49-state landslide in 1984 and managed other presidential campaigns since then. He also ran the pro-Trump Great America PAC. Rollins isn’t turning away from Trump. Simply, he notes that Trump hasn’t announced his intentions for 2024.

Still, the growing consensus seems to be that Trump will run again for the GOP nomination because he won’t be able to help himself.

In most cases, DeSantis wins among potential GOP candidates if Trump doesn’t run, but is a distant second if Trump does run. But, notably, DeSantis beat Trump in a poll of Wisconsin Republicans, winning a plurality of 38% of the vote to the 45th president’s 32% among state Republican Party Convention attendees.

Sure, that’s one state, but this anecdotal information among grassroots voters can be telling. Recall that in 2016, when polls pointed to a clear Hillary Clinton victory, Trump had an awful lot of anecdotal matters backing him. “Look at the crowds!” “Look at the yard signs!”

If Trump runs, the numbers tell us the nomination is likely his.

But another comparison—again putting Hillary Clinton on the losing end—was in 2008. Even Democrats thought maybe the Clintons got a raw deal and wondered, “Do we want to go back to all of that drama?” After a young, inspiring figure stepped up that captured the enthusiasm of the party’s base.

Again, not a precise comparison, but unlike Barack Obama, DeSantis actually has a record of accomplishment. Also, Clinton was a former first lady, not a former president. Some Republican activist already see DeSantis as having all the attributes of Trump—being a fighter and able to accomplish a conservative agenda—minus the baggage.

Also, if Obama waited until he had more experience, he would have been a young Dick Durbin, an Illinois junior senator. In 2008, he was a red hot political commodity who didn’t miss his moment. Conversely, recall many conservative activists and establishment types wanted Chris Christie to enter the 2012 contest. During the first term, the New Jersey governor feared it was too early. By 2016, he was a second-tier candidate.

Ron DeSantis has been mounting up a string of legislative victories on election integrity, education reforms, and even taking on and defeating the giant Disney corporation. He handled COVID-19 better than most other large state governors. He seems to already be running for president since he’s scoring for Republicans on both economic and cultural matters. Not only that, but he’s a conservative, successful governor of a large state with the first name Ron—already an uncanny and impeccable Republican credential.

Still, Trump could be enough of an imposing figure to make any candidate consider waiting. But most of the time history doesn’t reward those who wait. Eisenhower was an exception.

The Eisenhower draft movement began in 1948 Democrats, fearful Harry Truman could never win that year, wanted him as their candidate. Republicans, yearning to regain the White House for the first time since the calamitous Herbert Hoover, wanted Eisenhower to be their standard-bearer.

The former Supreme Allied Commander, who had previously affirmed he no allegiance to a political party, became annoyed with corruption and inefficiency in the Truman administration and gravitated toward the Republicans. He didn’t consent to run until 1952 and ran as a Republican, after thousands of “Citizens for Eisenhower” clubs started and Republican supporters adopted the “I Like Ike” slogan, a reference to a song from a Broadway play. He won two landslides.

But practically everyone did like Ike. Unlike most politicians who have a moment, Eisenhower was one of the rare figures who could wait. There are maybe Eisenhowers, but subsequent movements suggest that a potential candidate doesn’t get multiple chances.

An expert on U.S. electoral politics and accomplished author and journalist, Fred Lucas is the chief national affairs correspondent for The Daily Signal and a frequent writer for Fox News Digital. You can follow him @FredLucasWH. Nothing written here is to be construed as representing any other person or entity.